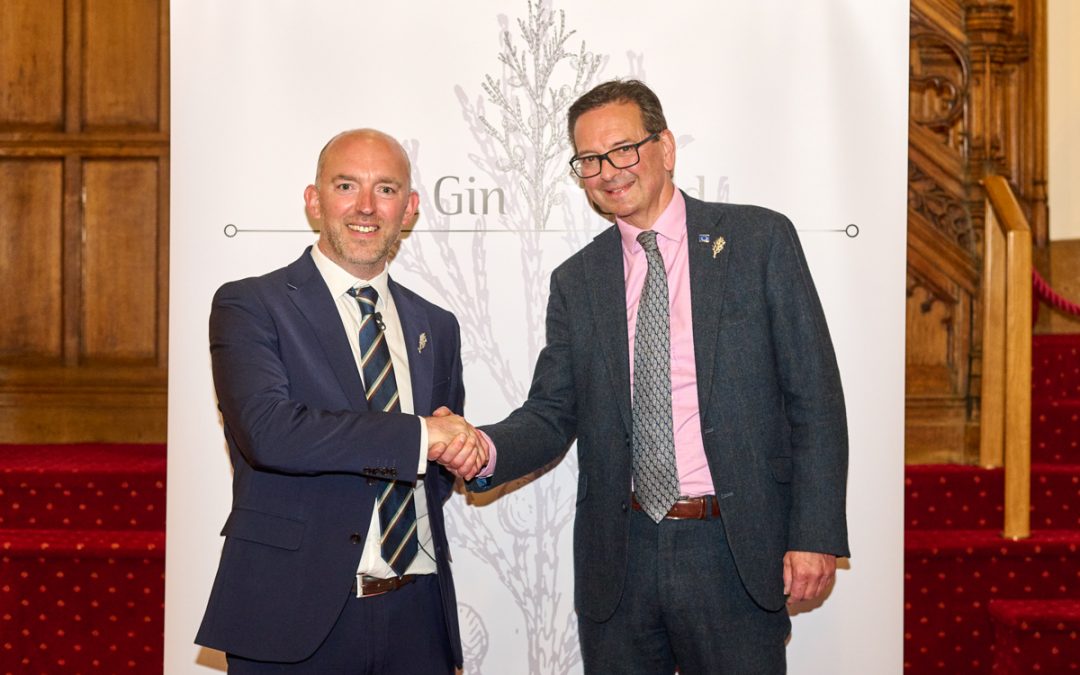 Pal Gleed, The new Director General of The Gin Guild has been installed at London’s historic Guildhall alongside more than 20 new members from distilleries and brands in the UK, Italy, Estonia, Finland, Sweden, Switzerland, The Netherlands, India and the USA.

Pal becomes the gin industry body’s second Director General, taking over from Nicholas Cook, who has retired after a decade establishing the Guild as an international organisation promoting excellence in distilling gin. 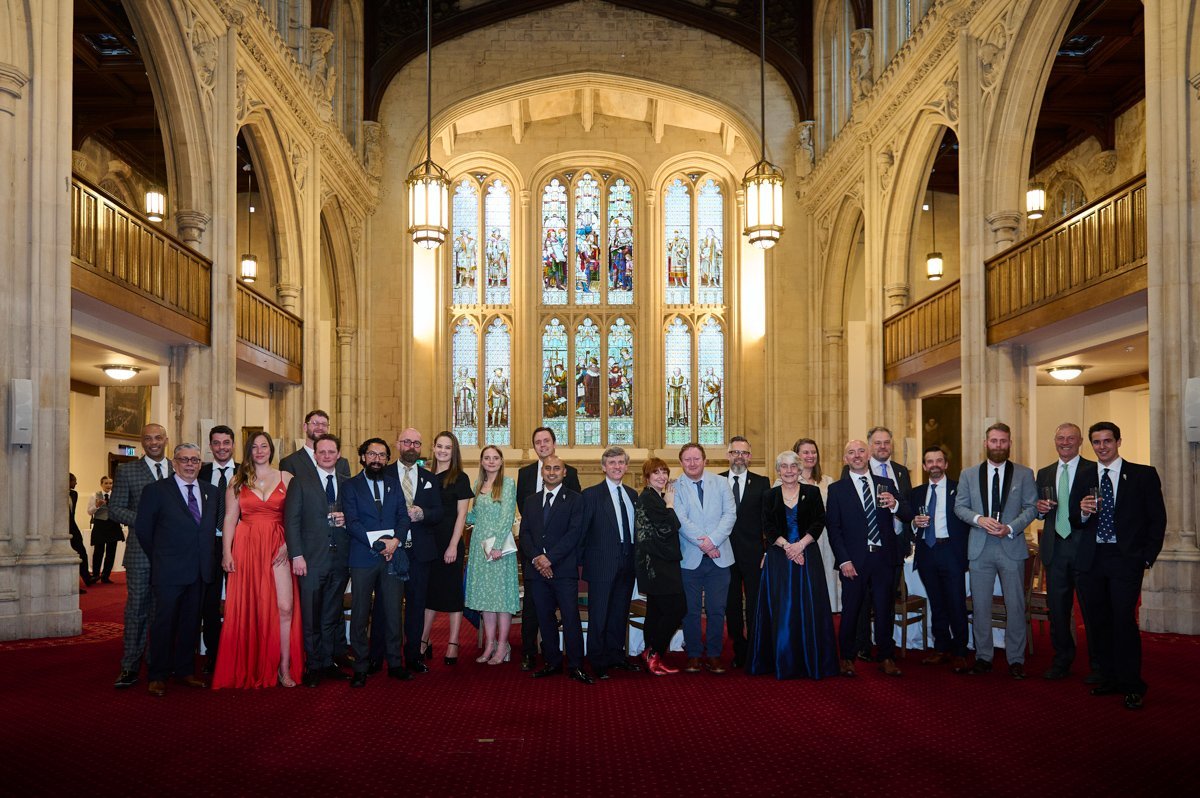 In recognition of Nicholas’ contribution, he received a Lifetime Achievement Award, becoming only the fifth member of the Guild to achieve this accolade.

When we created the Gin Guild, never in our wildest dreams did we expect membership to reach 400 as it will at our October event.

“Nicholas Cook has brought great energy and determination to the role, creating successful events and tirelessly promoting Gin-Note, the Guild’s flavour guidance system. He has done an incredible job and the Guild wouldn’t be where it is today without him.”

Pal Gleed, who has supported the Guild’s marketing, events and digital activities over the past eight years as Senior Digital Account Manager at Mosaic, the Integrated Marketing Agency, said: “Nicholas has been a passionate advocate for and protector of the gin category and has helped to grow its influence in gin-producing countries across the globe.” 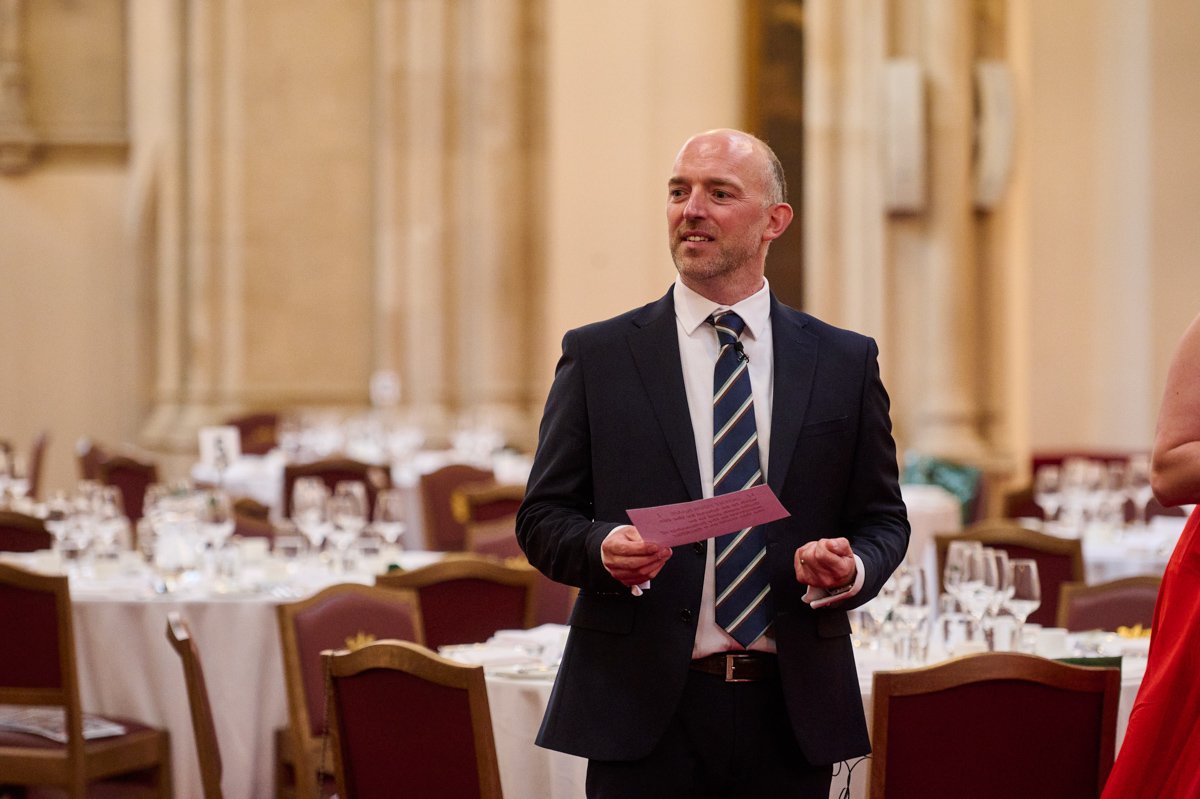 Nicholas said: “At a time of unprecedented growth and innovation in the gin industry, I have taken great pride in seeing the major distilling companies supporting and inspiring the many craft distillers who have brought additional vibrancy to the category.”

The growing international reach of The Gin Guild was illustrated by the latest installation of new members, who included senior representatives of Italy’s Ginepraio and Landdrea Gin; the USA’s Better Man Distilling Company; Sweden’s Hernö Distillery; Estonia’s Junimperium Distillery and the Amsterdam Craft Gin Company from The Netherlands.

New UK members included representatives from the multi-award-winning Lumber’s Bartholomew 137 Gin from Berkshire, whose gins are already stocked by Harrods, and George Maxwell from Thames Distillers, the twelfth-generation of his family to be a gin distiller (son of Charles Maxwell, Gin Guild Board Member and Lifetime Achievement awardee). Dr Abhishek Banik, developer of the Banik still, which was specially designed for gin distillation and patented in 2020, was also installed. 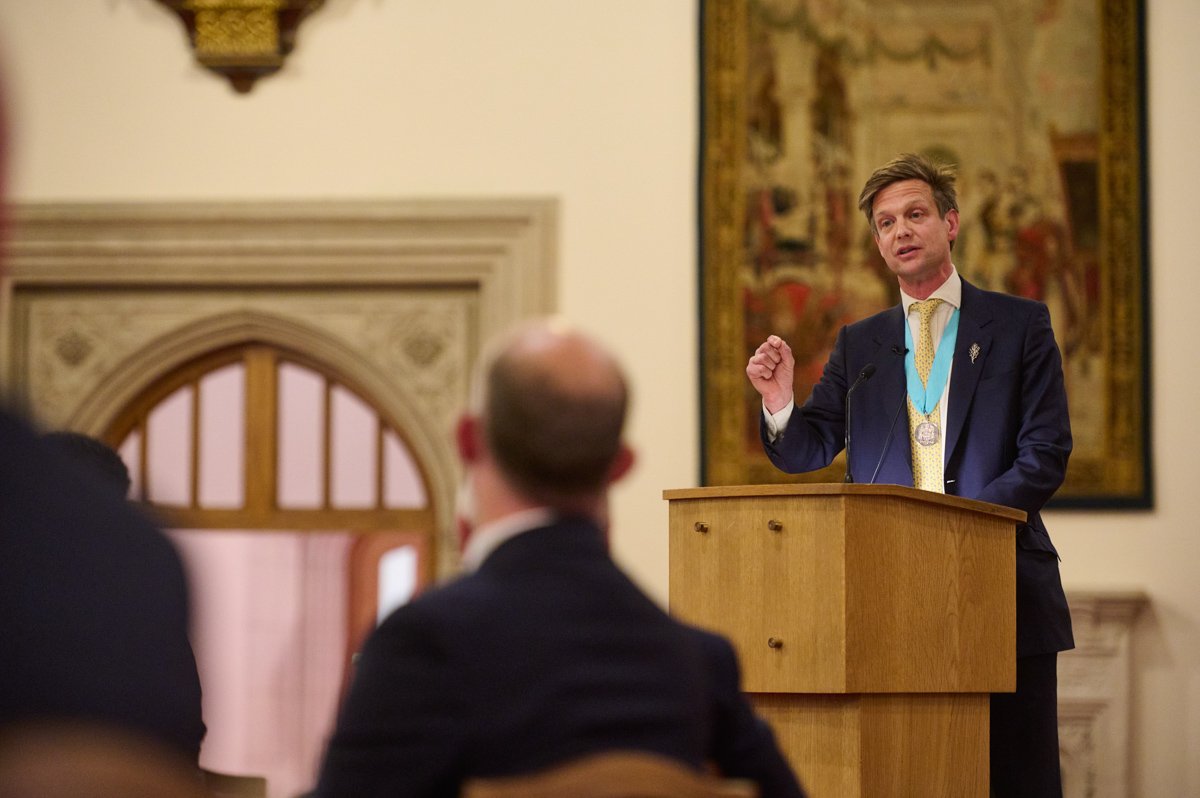 Guest speaker Sam Galsworthy, from Sipsmith, said the gin industry today was enjoying a golden age for gin and praised the role of the Gin Guild:

It connects us and protects us, providing support, information, networking and applying pressure in the right places. It unites us and is central to driving excellence in the way gin is served as well as the way it is distilled.”

Sam also praised Nicholas Cook for his inspiration and leadership of The Guild.

New Members installed at the ceremony were as follows: 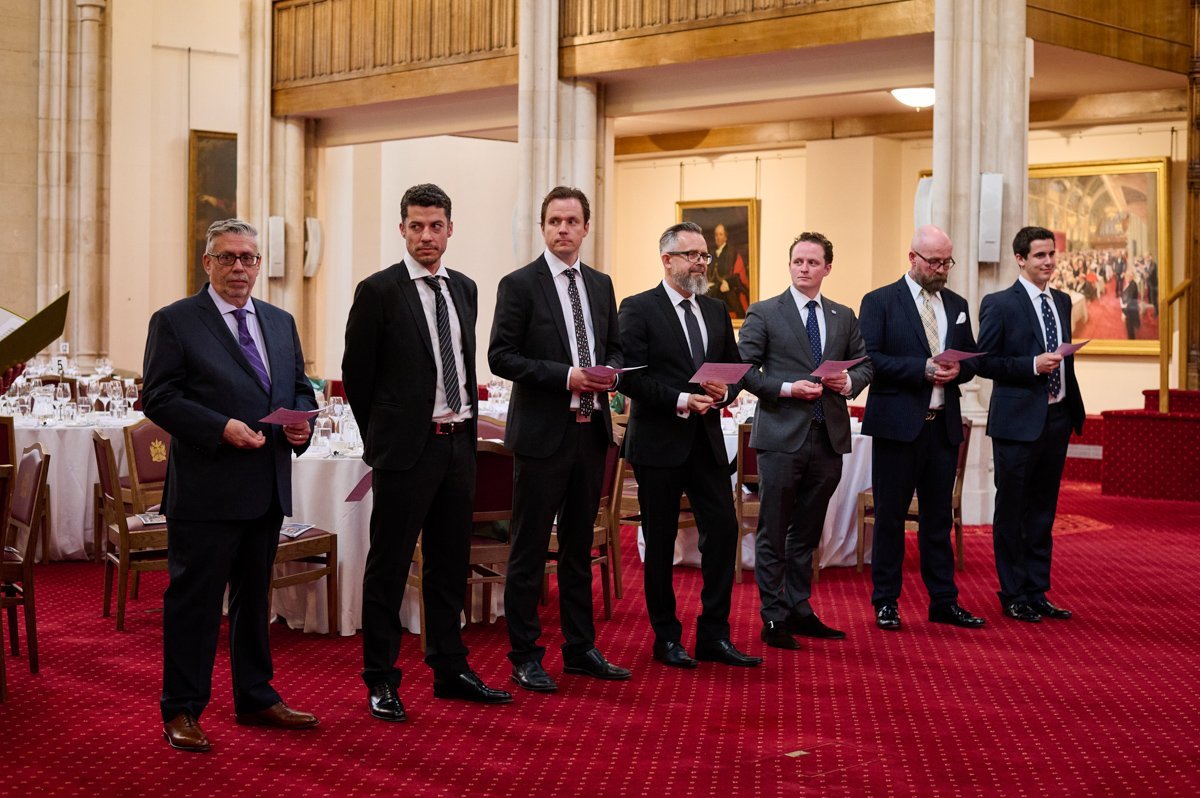 The Guild’s next event is the popular annual Ginposium seminar at RSA House in London on 10 June, which brings together some of the world’s most respected gin experts to discuss the state of the industry and share their knowledge and expertise. For more information, see www.ginposium.com. 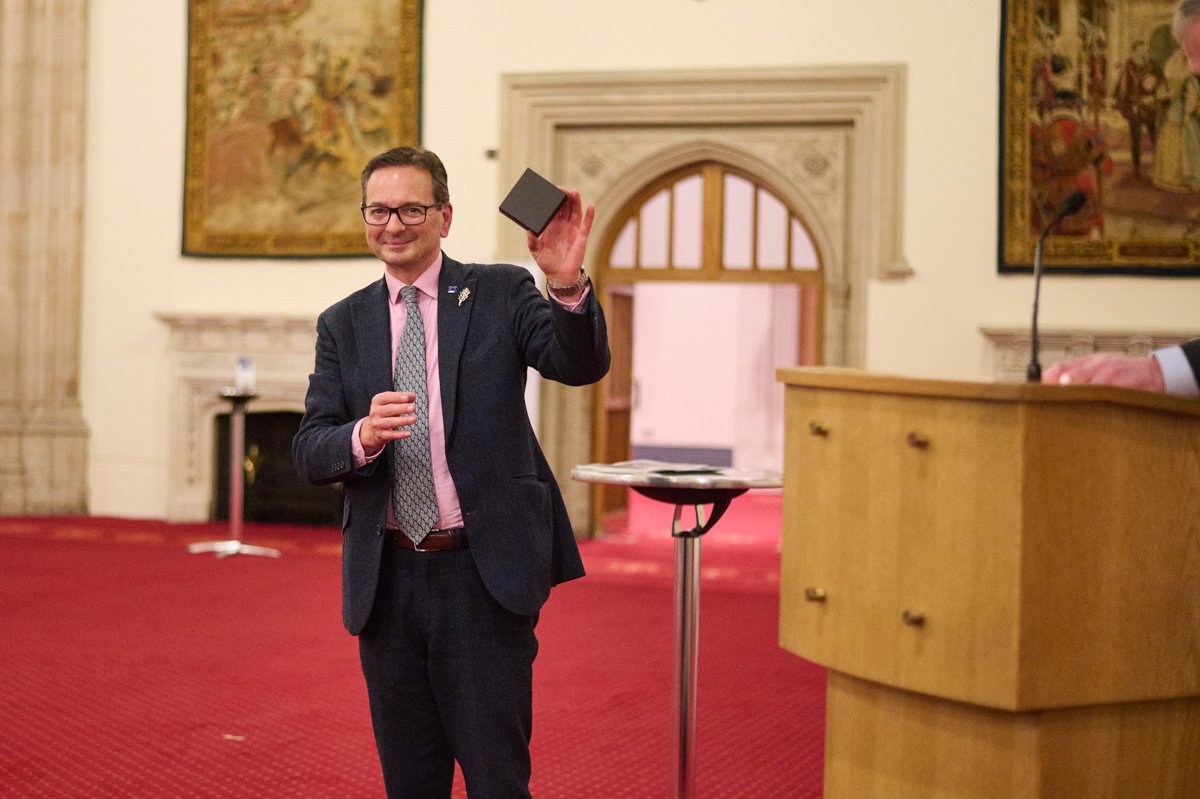