“I believe good gin, like good wine, begins with fingers in the soil and ends with the guest experience,” explains Sipsmith Co-Founder and Master Distiller Jared Brown.

Despite the phenomenal success of the brand, which famously challenged an antiquated British law preventing gin being made in small batches and won, the bedrock of their story is the belief that flavours matter more than numbers.

While Jared stresses that Sipsmith’s success as a business is down to co-founders Sam Galsworthy and Fairfax Hall, it is his passion for flavour that is its beating heart.

As a former chef and restaurateur, Jared learned the hard and fast rule of the kitchen: “don’t put bad flavours into good food or drink.”

As a drink historian, he learned not to reinvent the wheel when his extensive library and research into the history of gin revealed recipes dating back to the early 1600s. His wife Anistatia is now completing a doctorate on the history of drink in England and an upcoming academic article she is currently drafting will, he says, completely re-write the history of gin.

Jared and Anistatia’s experimentation with different botanicals started in the 1990s while living in Boise, Idaho, where they worked with the founder of North America’s first microdistillery restaurant to make a proprietary spirit.  A local food store had a vast library of botanicals and they spent months testing out the flavour differences between using liquorice or star anise, and between different citruses, for the restaurant’s Bardenay Gin.

When, in 2007, Jared and Anistatia met Sam Galsworthy and Fairfax Hall, they wanted to create a similar micro-distillery restaurant. At the time, Jared and Anistatia were working with Nick Blacknell and Desmond Payne of Beefeater on the English Gin Road Show, a campaign in the UK, the US and Europe to reignite the gin category based on their 2006 Gin Symposium in London. (They were also working with Worldwide Cocktail Club and Charles Maxwell of Thames Distillery to create an Old Tom gin.)

While Sam and Fairfax sought sufficient financial backing, Jared suggested they get the still and make their first gin. Fairfax found a tiny garage on a residential street in Hammersmith and they set about recreating an old distillation formula to make London dry gin the way it used to be.

As authors, Jared and Anistatia had already turned the tide over a decade earlier when they published their first cocktail book in 1996: Shaken Not Stirred©: A Celebration of the Martini. Despite their publisher trying to cancel the first print run, claiming cocktails were a dead subject, they soon had advance orders of more than 50,000 and the book went on to sell half a million copies.

One of Jared’s first decisions as the now world-renowned Sipsmith London Dry was being created was to add the citrus just before firing up the still for a fresher, “less marmalade” character. Using their small, but beautifully crafted, copper pot still Prudence, Sipsmith established London’s first copper pot distillery since 1820.

Nothing about the first five years of Sipsmith came from marketing companies, Jared explains. The brand name emerged after Fairfax’s father, a talented silversmith, recognised they were crafting gin with the same combination of beautiful raw materials and the experience gained from past masters, as he used in his work. They settled on being “Sip” smiths because their creation was something to savour.

The signature swan which identifies their brand came about after friend and master distiller Desmond Payne claimed the perfect still had yet to be made, whose swan’s neck would deliver the botanicals in perfect balance. A local artist came up with the design after hearing the founding threesome’s ongoing banter about swans.

Jared and the team have vowed never to change their London Dry formula, having developed it from the glorious traditions of generations of past masters. He describes London Dry gin as “the spirit of England”- rather like whiskey’s relationship with Scotland.

Nonetheless, when Sipsmith agreed to make a bespoke gin for the iconic Raffles Hotel in Singapore to mark the 100th anniversary of the Singapore Sling, Jared set out to create a classic London Dry with a blend of botanicals from Asia including jasmine flower, pomelo peel, lime leaf, lemongrass and nutmeg. With Sam Galsworthy being the great, great, great nephew of Sir Stamford Raffles, the founder of modern Singapore, this was a venture which was meant to be.

With Sipsmith creating their ‘Sipping Society’ in 2015, Jared and the growing team of Sipsmith distillers continue to experiment with ingredients to create limited-edition tasting experiences. He is particularly proud of his latest creation, Distiller’s Garden, due for launch in 2023. The botanicals were carefully chosen from his own, lovingly-tended garden near Bath, with homegrown lemon verbena, coriander, orris root, angelica and liquorice in the mix.

Jared strongly believes the craft gin movement will continue to thrive. While he expects to see shrinkage amongst some of the brands striving to be international players, he sees a bright future for quality local distillers.

“We live in a globalised culture where you can buy the same rum and coke in nearly every bar on the planet; the ultimate, affordable luxury is something local, which is unavailable elsewhere,” he explains.

“It’s time for all of us to earn our sales now,” he adds. “It has never been more important for there to be consumer education and outreach as well as regulation of the category, so people don’t hate gin because the first thing they tasted was a terrible facsimile of gin.

“That makes The Gin Guild more important than ever on so many levels. There are so many people interested in gin and so many opportunities for consumer education,” he says, praising the Guild’s Gin-Note initiative. “Plus, we need to work with the on-trade and the off-trade to keep promoting quality products.

“Distillers too need an information source for defining the parameters of gin, guiding new distilleries and pointing them in the right direction to understand this beautiful spirit.

“Sam, Fairfax and I understood from the start that building the category is important. If someone goes out and has a bad gin, their next drink won’t be another gin, it will be a beer or a wine.

“Our competition is the multi-national beer companies, some of whom have put more emphasis on accounting and marketing than flavour considerations. If they lose 1% per year, the entire craft gin movement can continue to grow without stealing business from each other.” 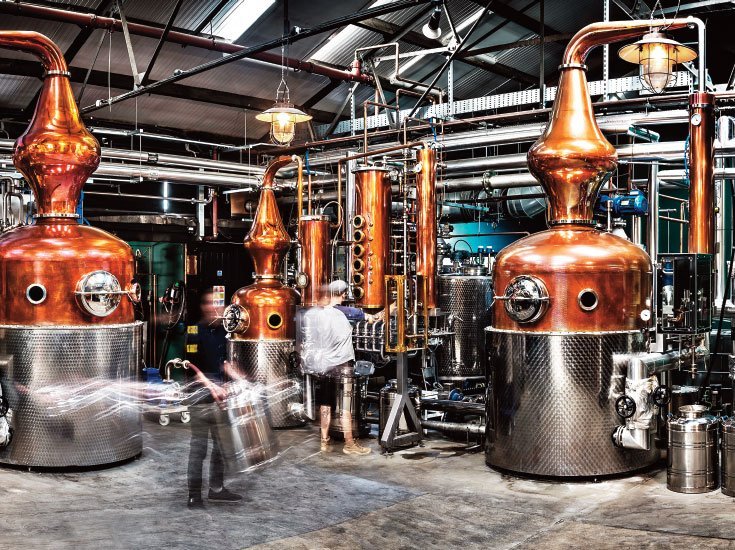 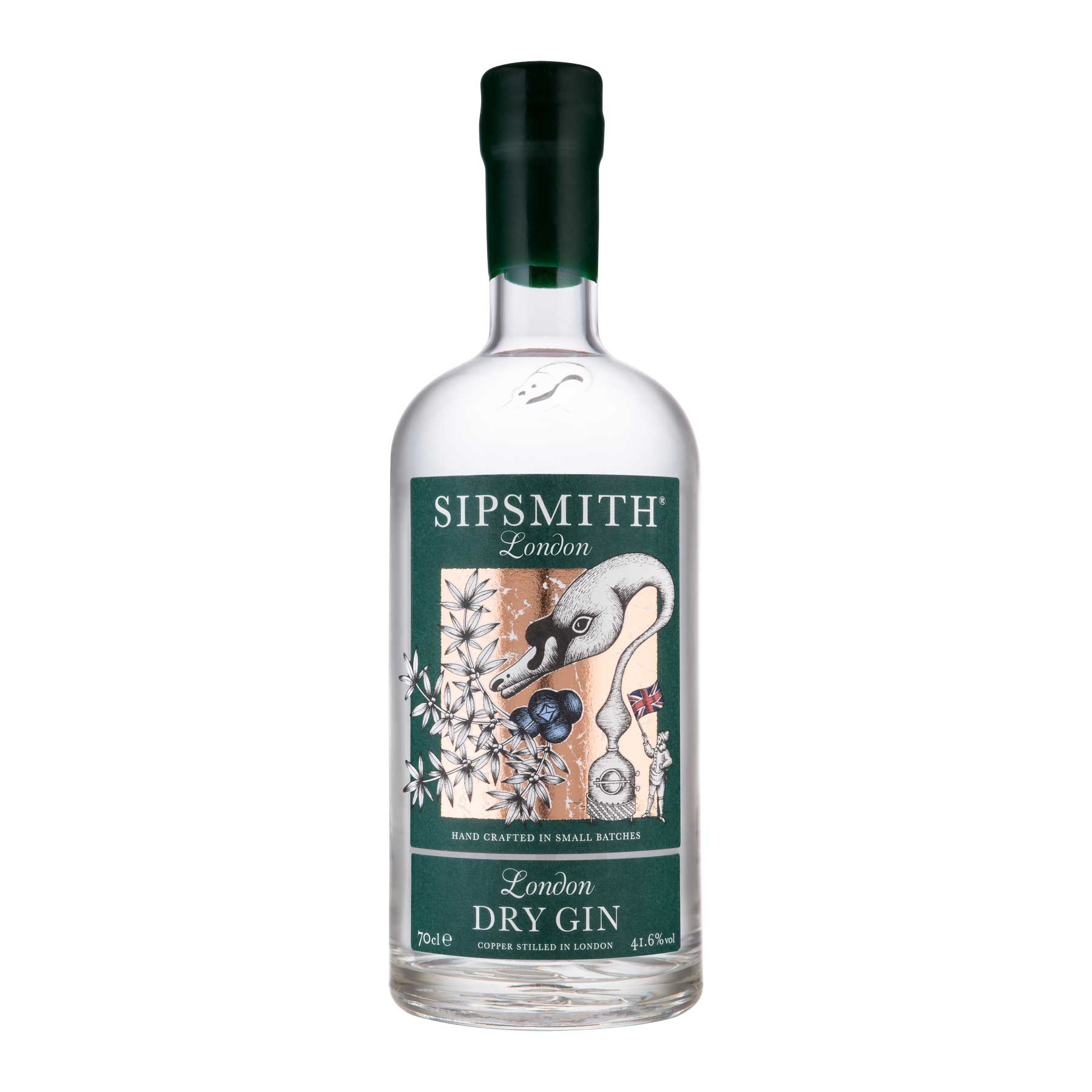 A particularly dry gin with a zesty, citrus finish. The quintessential expression of a classic London Dry Gin. Bold, complex and aromatic – smooth enough for a Martini, yet rich and balanced, perfect for a G&T. 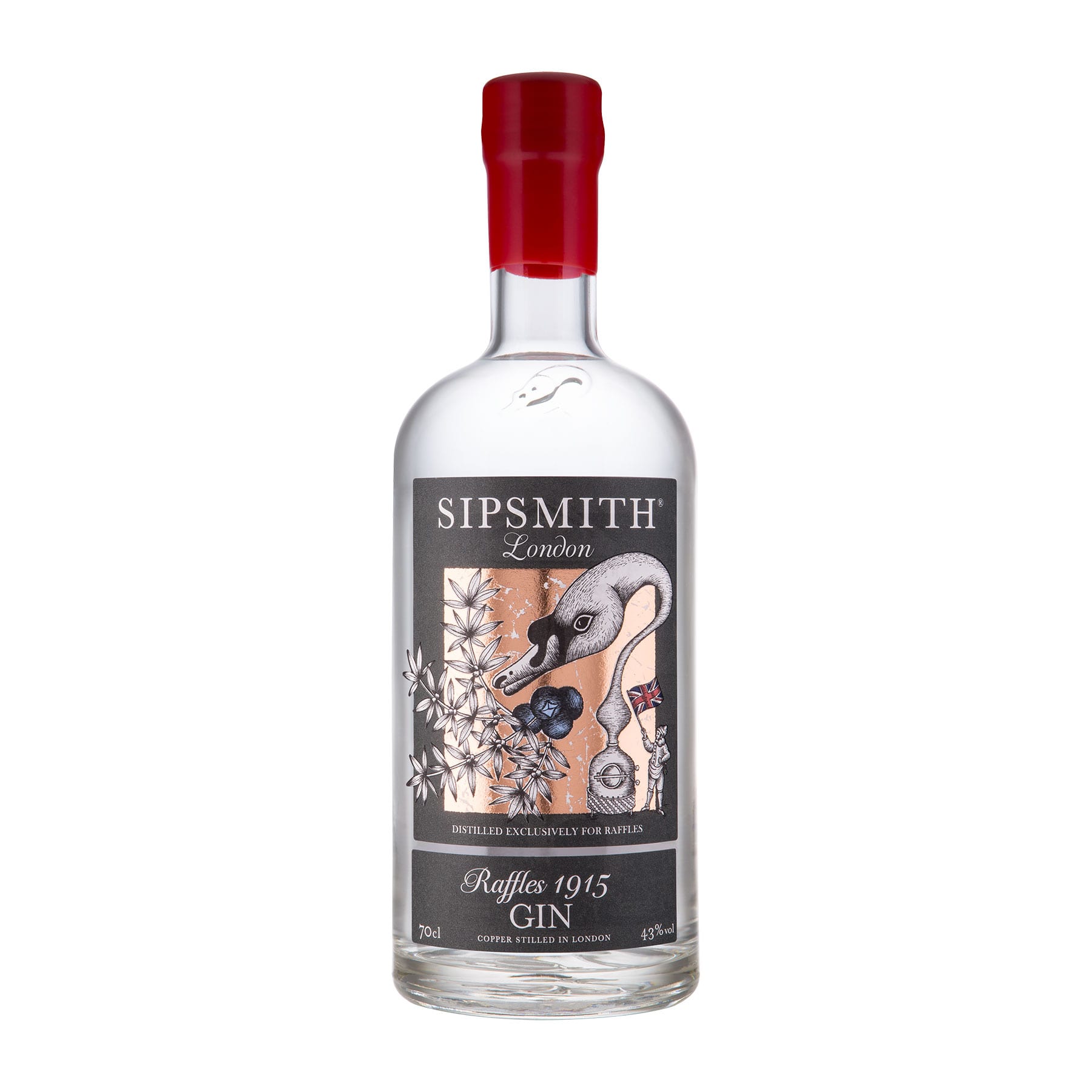 A timeless classic in the making, with delicately spiced botanicals, it is an embodiment of the Raffles legend as being an oasis for the well-travelled and the beating heart of Singapore during the golden age of exotic travel and cocktail… 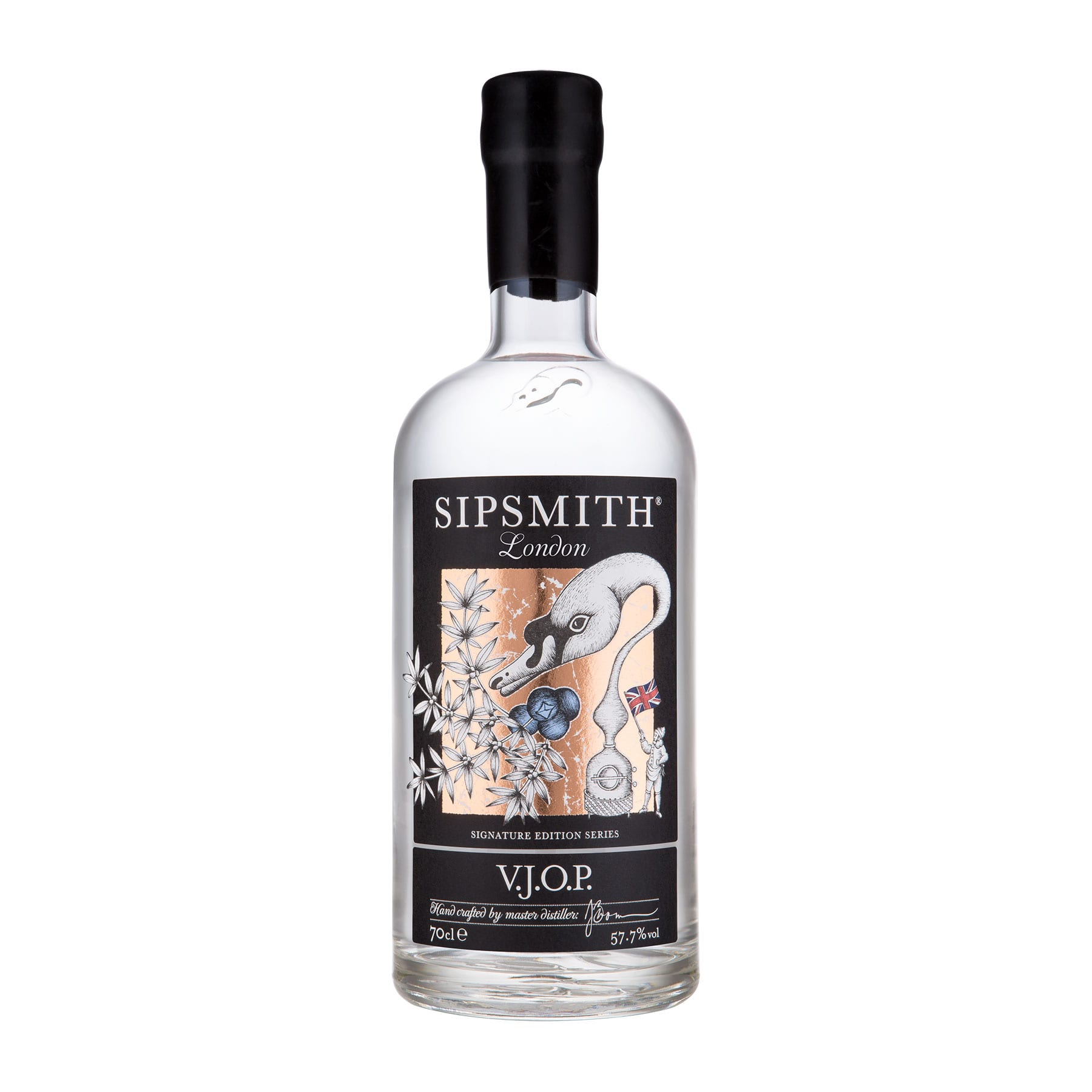 A desire to create the ultimate gin for juniper lovers took Master Distiller Jared Brown on a mission to distil a 'Very Junipery Over Proof Gin'. When increasing the flavour profile in a gin, it is essential to match it… 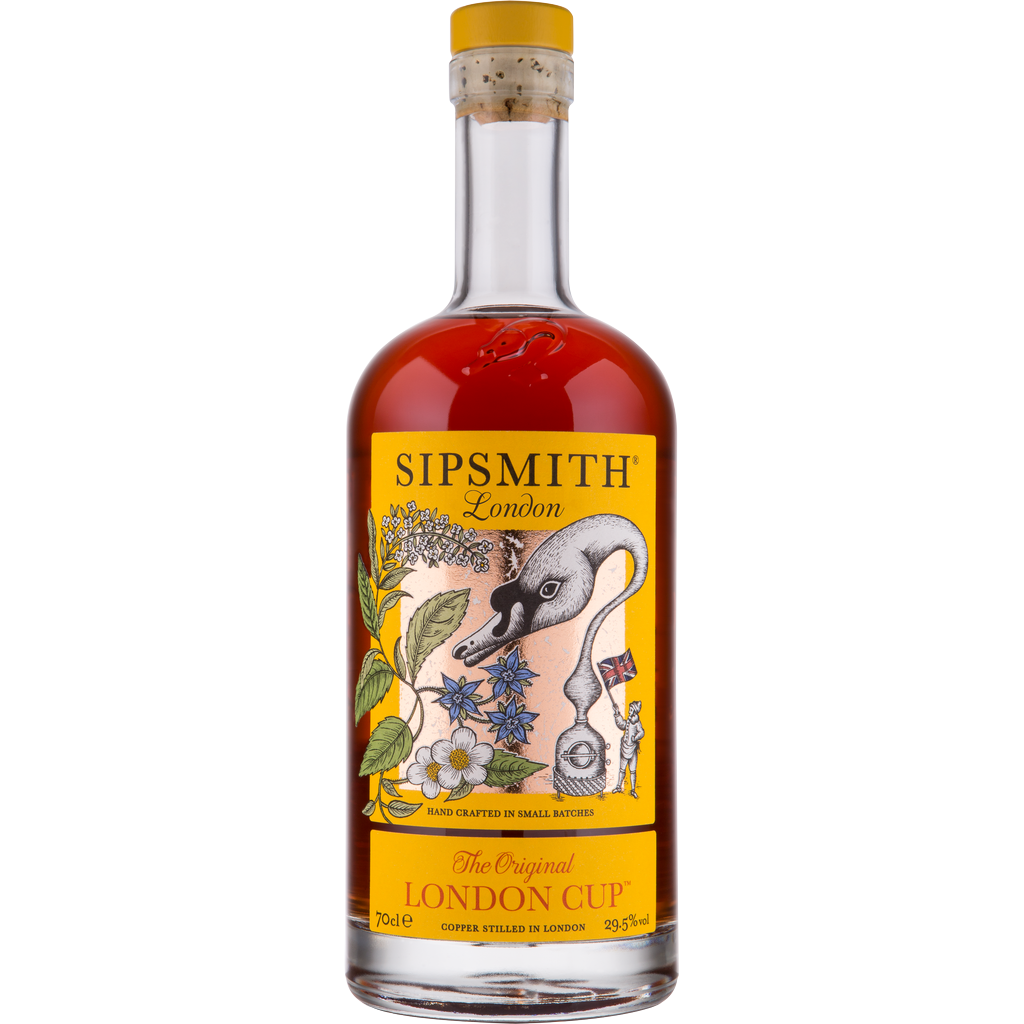 A reimagining of the traditional gin cups of the 1800’s. Sipsmith London Cup is a sublimely sippable punch crafted from our award-winning London Dry Gin, infused with Earl Grey tea, borage, lemon verbena and a host of other botanicals. 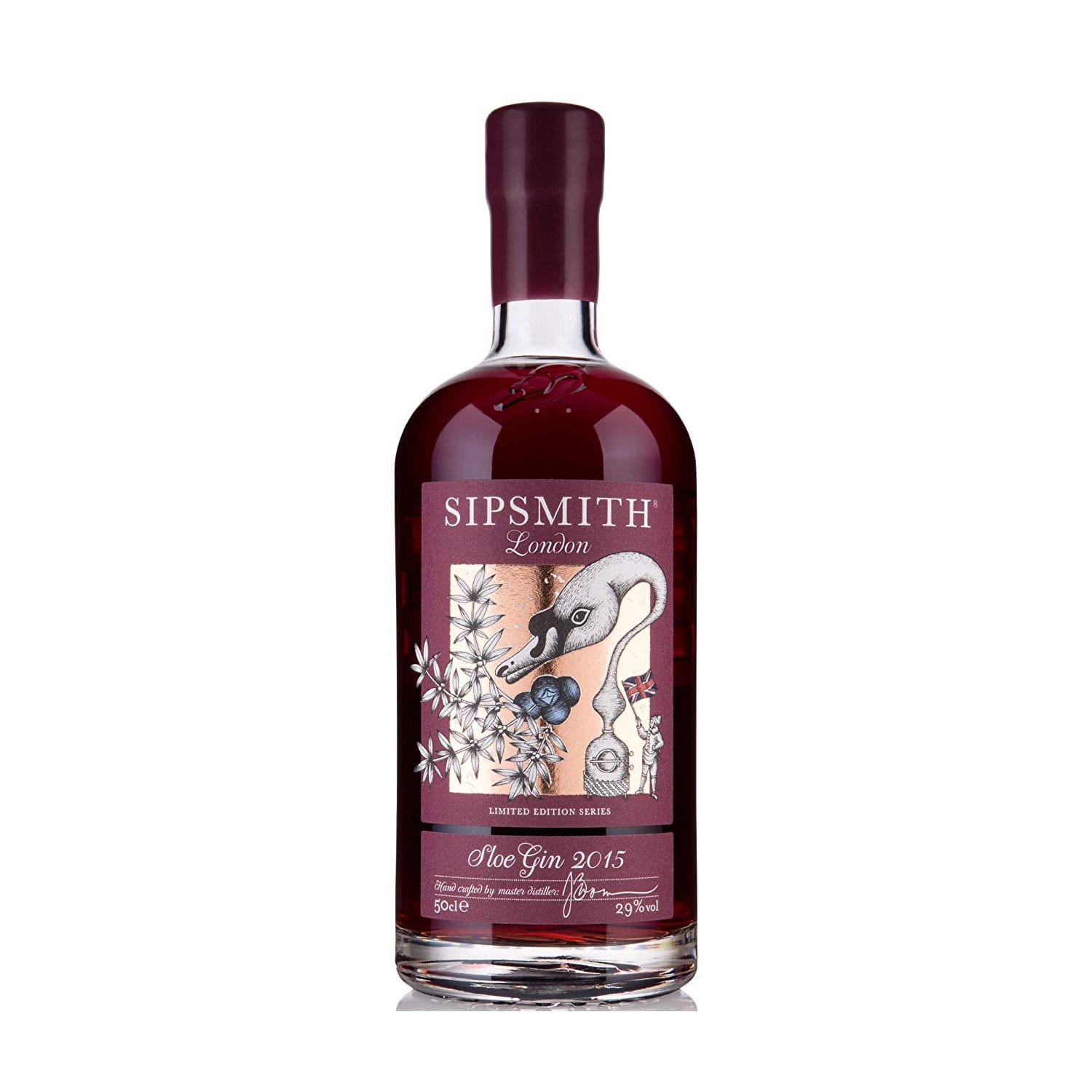 Truly handmade, complex & bursting with flavour. First the team at Sipsmith distil their award-winning London Dry Gin on our copper stills. Then they leave it to rest on wild sloe berries, picked in the autumn. The result is a truly… 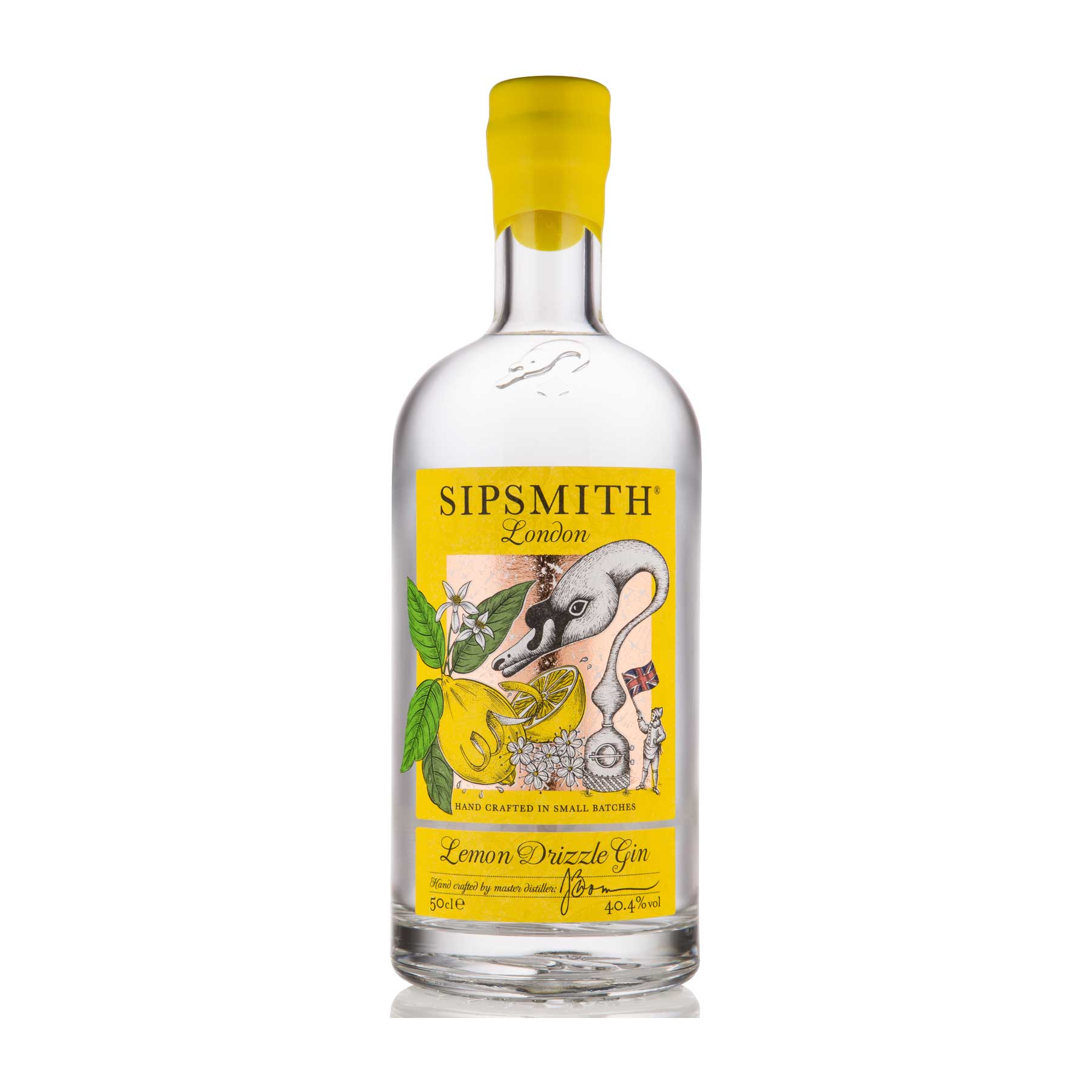 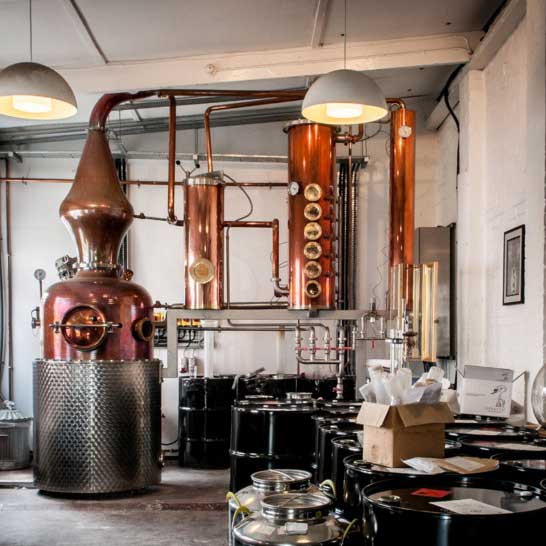