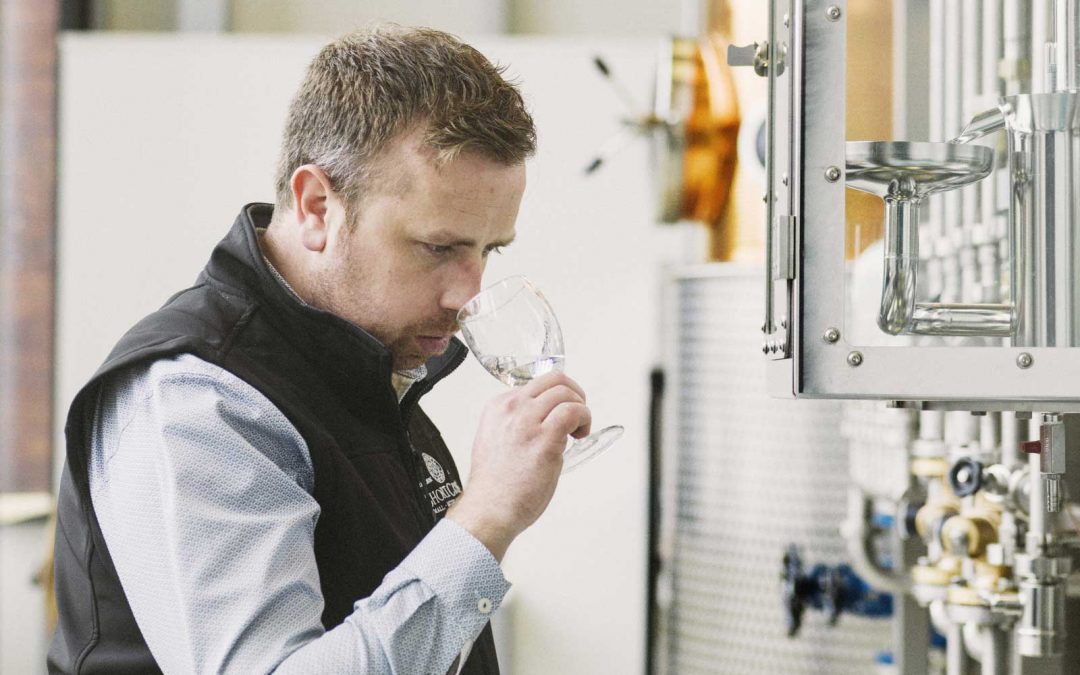 The gin industry faced massive challenges in 2020 as the Covid-19 outbreak and lockdown restrictions shut down hospitality outlets overnight in the UK and beyond.

While gin distillers were quick to innovate and boost their online sales, they and their suppliers now face a new challenge – the impact of Brexit and loss of the single market. This is creating time-consuming and costly logistical difficulties affecting both exports and import of materials.

“Despite much pre-Brexit planning and training, shipments to the EU are still very problematic, with the majority of those by road on hold. All the solutions available are very difficult and carry costs that we were not previously made aware of.

“The gin renaissance of the last decade has been in part driven by the demand from Europe. To have these challenges is a concern for the whole British gin industry in a very competitive global gin market.”

While Guild members believe perseverance will enable some issues to be overcome, they say the Government mantra that teething troubles would be resolved in a matter of weeks has not been the reality.

“Brexit has had a huge impact. It has created a vast amount of additional work for things that used to sail through relatively straightforwardly.

“Like many UK businesses, we Brexit-planned but were frustrated with the lack of information meaning we were not, and never could have been, fully prepared.

“We don’t ship until we have all the documents in place. We’ve seen a lot of problems with northern European countries, their customs systems were not Brexit ready. I think there was some burying of heads in the sand and they didn’t prepare. It has been a real hassle.”

Tommy said Beacon imports a large percentage of its core botanicals, such as juniper, citrus, coriander and angelica from the EU. While there have been few problems with full trailers, difficulties have arisen with smaller orders.

“It’s the pallet network/less than container loads (LCLs) which is causing the majority of the problems. If one order doesn’t have the correct paperwork it can delay all the others.

“It has affected businesses in Europe as well as ours. They still want to export to us but there’s not a quick fix. I think there’s a light at the end of the tunnel and I’m sure the delays would have eased quicker if Covid-19 wasn’t causing shortages of freight and staff.

“The circulation of freight has also affected prices, China has exported an extraordinary amount of PPE but this has resulted in a huge backlog of containers in the wrong place.”

Nicholas Cook, Director General of The Gin Guild, said: “The latest export data reflects the adverse effects of the pandemic on the hospitality industry. This has removed a material part of the market for gin brands.

“Gin distillers are a resilient bunch and in the early days of the pandemic, many rallied round to help produce vital supplies of hand sanitiser at a critical time of shortages.

“It is, however, quite clear that the promised so-called frictionless trade agreement is nothing of the case. Companies exporting and importing to Europe, and indeed to and from Northern Ireland, are all reporting time-consuming, complex logistical difficulties.

“Hopefully exports of gin to Europe will remain high, and we will not look back on 2019 as the peak of the gin renaissance and rue the entirely unnecessary and predictable loss of easy access to this major market.”

David Boyd-Armstrong, Head Distiller and Operations Director at Rademon Estate Distillery feels Northern Ireland has been sacrificed in the Government’s attempts to obtain a trade deal.

“I’m hoping that when people realise how unworkable parts of the current protocol are, they will see a need to be flexible and that there may be some amendments to ease the burden,” he said.

“It is definitely making life more difficult both for Northern Ireland to Great Britain trade and vice versa. The reality is that there was never going to be a deal which replicated the benefits of the EU Customs Union.

“We’re seeing things getting delayed by two or three weeks coming in through customs which is proving costly. It is going to be easier for us to source items from the EU than from the UK mainland.

“As good as the trading support system may be there isn’t the knowledge base around customs and trading arrangements. We are all trying to build up the knowledge to deal with the regulations.”

Despite the additional headaches, John McCarthy, Head Distiller at Adnams, remains optimistic. He said: “We took the precautions that you would expect of us. We, like others, are continually monitoring the environment and sharing information with each other.

“We have grown the number of countries we export to over 30 and we continue to see strong underlying demand for our gins.  Our web sales have increased four-fold.

“We are cautiously optimistic about the future and our focus remains on making distinctive drinks. We can only control the controllable and we are doing exactly that.”