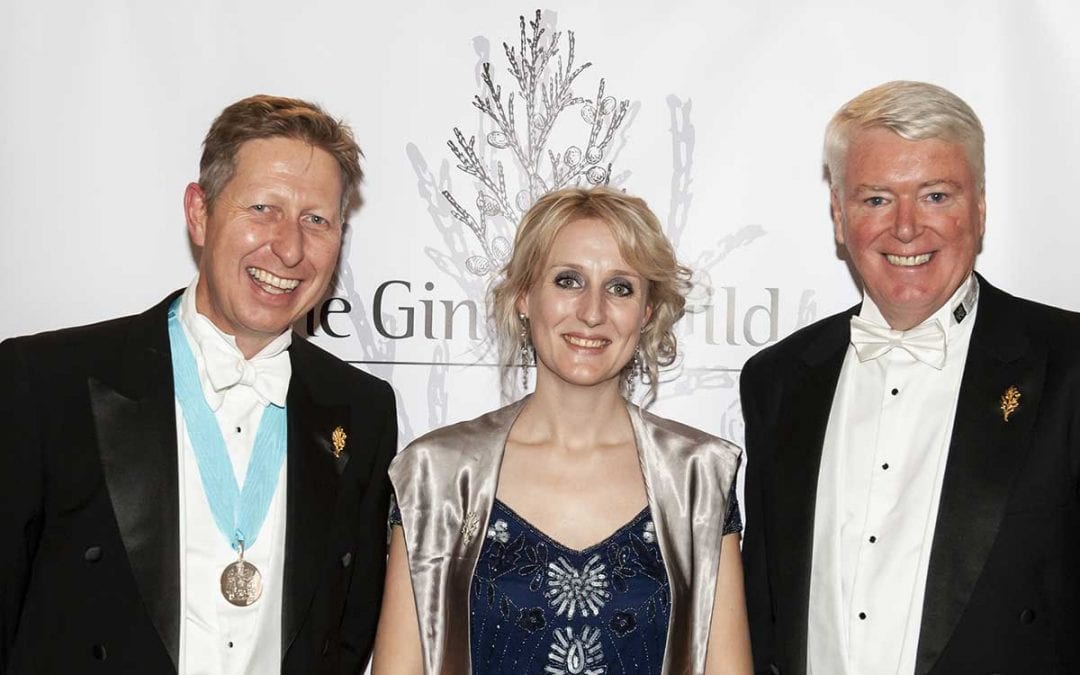 Twenty-six new members with expertise in the gin industry from around the world have joined The Gin Guild at the industry body’s Autumn Installation.

The installation at The Mansion House in London also saw the first female head of The Guild being installed by the Master of the Worshipful Company of Distillers, Martin Riley.

Dr Brock, who has a PhD in Organic Chemistry from the University of Oxford, worked as lead distiller at Bermondsey Distillery for four years before being appointed Master Distiller for Bombay Sapphire in 2017.

The installation saw the Guild’s membership rise to more than 360, currently representing over 23 different countries across five continents.

Among the new members are the co-founders of new Indian gin brand, Stranger, launched in 2018; the production manager of expanding US distillery Golden Moon, based in Colorado; the President of the Nippon Bartenders Association in Japan and the Argentinian-born, Madrid-based, marketing expert who led the roll-out of Tanqueray Flor de Sevilla.

New UK members include Russell Evans, who set up the first distillery in Norwich for over 150 years; Oli Stokes, Head Distiller at Herefordshire’s Chase Distillery; Adam Cocker, Head Distiller at Thames Distillers; Mark Harvey of Chapel Down and Dale McQueen, who launched his Scottish McQueen Gin with his wife Vicky in 2016.

“They say that there is strength in numbers and, as I’m sure many of the smaller producers will attest to, there is a strength that comes from belonging to The Gin Guild and from being able to form connections across the global industry.

“Certainly, as a lonely craft distiller, I valued the chance to network and learn from other members. Now, as I represent one of the four founder companies, I also recognise how important the Guild is to a brand, whether it’s large or small.

“The Gin Guild is helping to nurture a vibrant and diverse gin category, to the benefit of us all. The annual Ginposium seminar goes from strength to strength and the Gin-Note project, launched last year, will help our members find new fans by guiding consumers through the world of gin to products that suit their palate.”

The Guild’s outgoing Grand Rectifier Ed Pilkington, Marketing and Innovation Director for Diageo North America, said: “The Gin Guild, from its incorporation in 2012, has become well established. In a comparatively short time, it has built reputation, membership and influence, alongside facilitating valuable networking between members. The Guild has been refreshing for older industry veterans and exciting for all.”

The installation was followed by the Annual Banquet hosted by The Worshipful Company of Distillers, the Guild’s parent company. At the Banquet, the Guild’s inaugural Grand Rectifier and former Master of the Company, Christopher Hayman, was presented with The Gin Guild’s Lifetime Achievement Award to mark his 50 years’ service to the gin industry.

The Guild’s next installation will take place on 6 May 2020 at the Guildhall in the City of London, followed by The Guild’s annual Ginposium seminar on 12 June 2020.