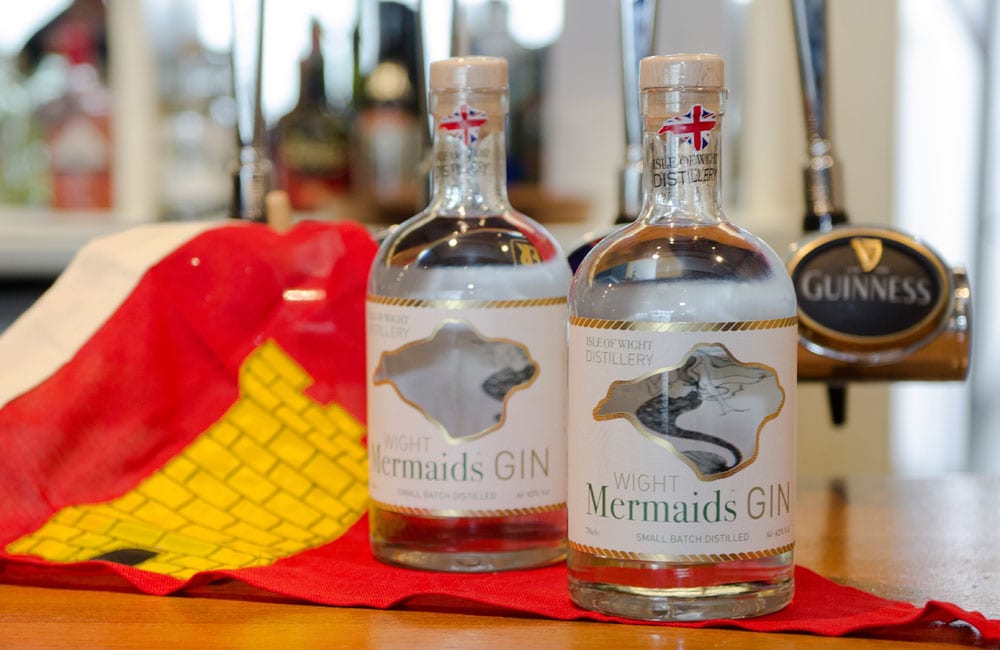 Isle of Wight’s Island Sailing Club (ISC) has been organising a weekly evening race series In Cowes since the late 1940s and in 2017 it is sponsored by Wight Mermaids Gin.

Produced by the Isle of Wight Distillery, this quality local gin is fast becoming a great Island tradition.

The original ISC race series started around 1947 and is referred to locally as the ‘Tuesday night race series’. Up to 90 boats compete during the season, with a line up of 60 on a typical evening. Chris Thomas, ISC Sailing Secretary commented,

It’s a mixed fleet of cruiser racers making up the core of the entry, our own fleet of 9 Sonars and the Cowes XODs and Flying Fifteens also taking part.. It’s a great mix that requires fairly complex organisation with six classes. Our members are delighted with this new partnership which I’m sure will add to the competitiveness this year.”

The 18 race series started on the 18th April, and continues through until 29th August after which bottles of Wight Mermaids Gin will be awarded. Throughout this season competing crews can also enjoy daily prizes that include a Wight Mermaids gin and tonic, to help round off the evening. A special Wight Mermaids Gin trophy has been commissioned and will be presented at the conclusion of the series.

“Mermaids Gin has been inspired by the Isle of Wight and sailing is something that has a long and illustrious association with the Island,” said Xavier Baker of the Isle of Wight Distillery. “From first to last, a good gin and tonic is the very best way to celebrate, whether it’s a success or just another great evening on the water, and we’re delighted that this season that gin will be Mermaids.”

For more information on the races:
http://www.islandsc.org.uk/isctuesday.asp