Top gin producers and distilleries are honoured at industry awards

Outstanding UK and international gin producers have been honoured at a prestigious celebration of excellence in the drinks industry.

The two top gin awards were sponsored by The Gin Guild, whose Director General Pal Gleed said: “It is fantastic to see such outstanding gins and distilleries honoured at these awards.

“It is always exciting to see innovation in the industry, particularly when it stays true to the Guild’s ethos. The efforts of so many craft distillers are helping to attract new gin consumers, which benefits everyone in the industry.

“The Gin Guild would like to congratulate them on this brilliant achievement.”

The IWSC gives standout producers across a range of categories gold medals for their performance – with top performers put forward for the overall trophy awards. The awards have been running since 1969 and have world class judges running the rule over entries.

The Surrey-based Wessex Distillery was founded in 2017 and is run by Jonathan Clark – a London Dry Gin devotee – his children Amy, Christopher and David and ex-wife Gillian. 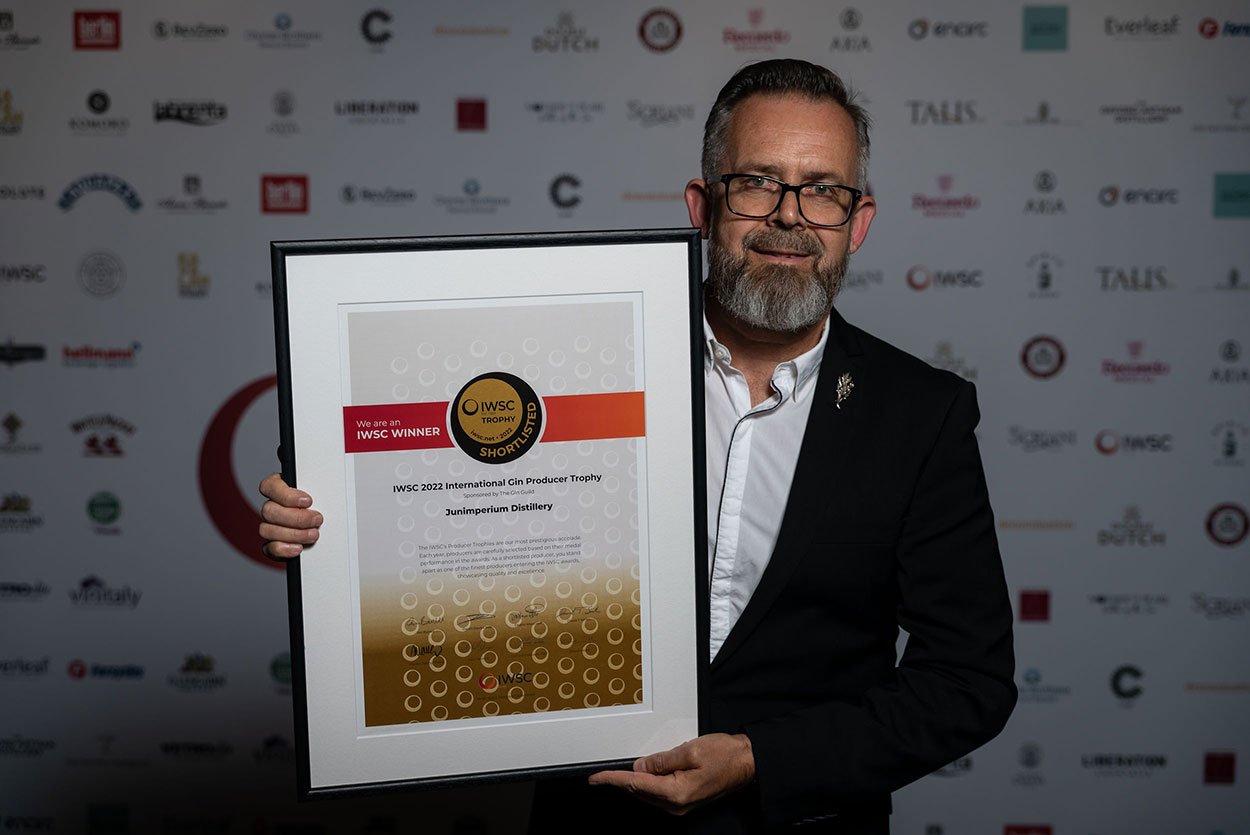 Having previously been shortlisted for the UK award, Jonathan said he was delighted to finally capture it.

“We’re a tiny family business and for us to win is a fantastic honour,” he said.

“Family is everything. We’ve built Wessex together and this has given us a steppingstone to putting it on the map. It couldn’t have come at a better time.”

Jonathan paid tribute to his mentors – master distillers Desmond Payne MBE from Beefeater and Charles Maxwell from Thames Distillers, who he credits with helping him improve immeasurably.

“They taught me about balance,” he added. “You need a start, middle and a finish but nothing which is too strong and throws everything out.

“They didn’t have to give up their time for me, but they did and have become firm friends.

“There aren’t many industries when you can go to a rival and ask for help, and I would never have got here without their guidance.”

Junimperium Distillery was founded in Estonia’s capital city of Tallinn in 2019 by five friends and is unique in using a mixture of four junipers in their spirit.

They have ambitions to make Estonian gin known around the world.

Tarvo Jaansoo, one of the founders of Junimperium, said: “The whole team is absolutely thrilled and proud because nobody from Estonia has ever won the producer of the year trophy.

“For such a young company, this is an enormous achievement.

“Awards like this are so important for businesses like ours. It is very hard to get noticed on the international stage if you are new and from a smaller country so this will be huge for us.

“Lots of new gins are coming to the market in Estonia and we are seeing the growth of local distilleries, which is great.”