Not dead yet Moriarty! 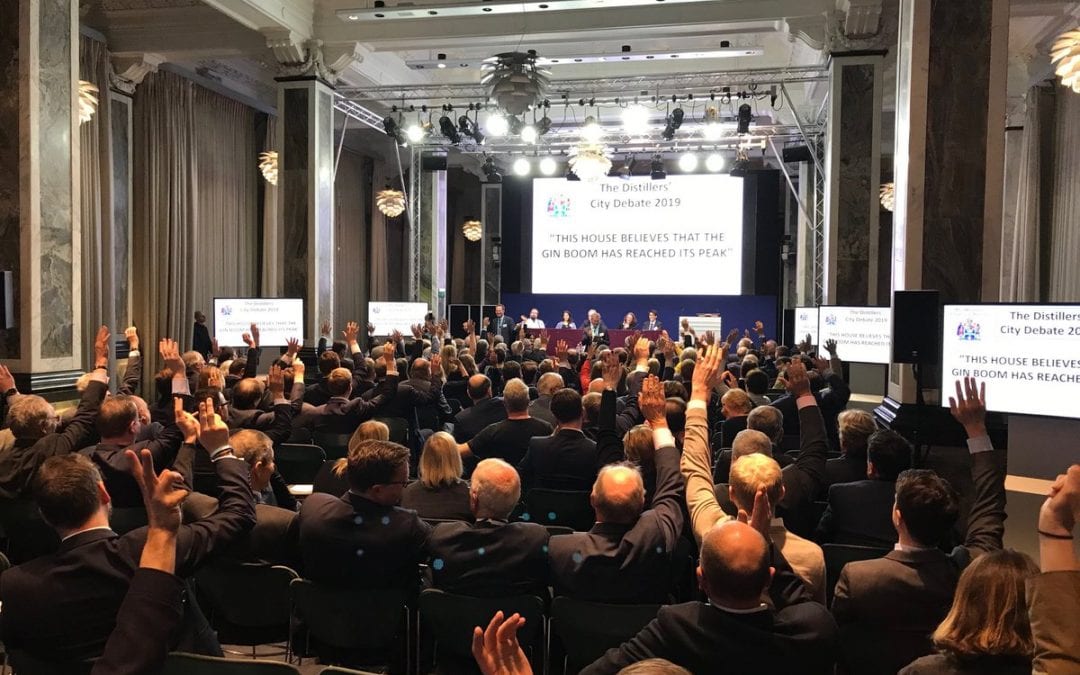 The annual City Spirits Debate, hosted by the Worshipful Company of Distillers, this year provokingly had as its debate topic the motion “This house believes that the gin boom has reached its peak”.

The motion was sportingly and bravely proposed by Dawn Davies, Head Buyer at Speciality Drinks and Ed Mundy, Beverages Analyst at Jefferies, and was opposed by David T Smith, a Gin writer and international gin completion judge and Sophia Shaw-Brown, Senior Insights Manager at IWSR.

Guests from the spirits industry, analysts, media, the City, Distillers’ Liverymen and Masters and members of other Livery Companies enjoyed the spirited debate, which resulted in a clear and resounding defeat of the motion – leaving no doubt that gin is here to stay. The power of the arguments against the motion was strong. However, the persuasive power of a mouth-watering offer of seven brands of gin from the industry body, The Gin Guild, may, in fairness to those proposing the motion, have played a material part!

Attendees, when selecting their beverage of choice, also benefited from the deployment of the Guild’s new flavour profiling, Gin-Note™, a simple graphic and text gin summary, designed to allow consumers, retailers and bar owners to benefit from a consistent approach to describing taste and flavour in gin.