Gin Guild grows to 400 members as it marks tenth anniversary 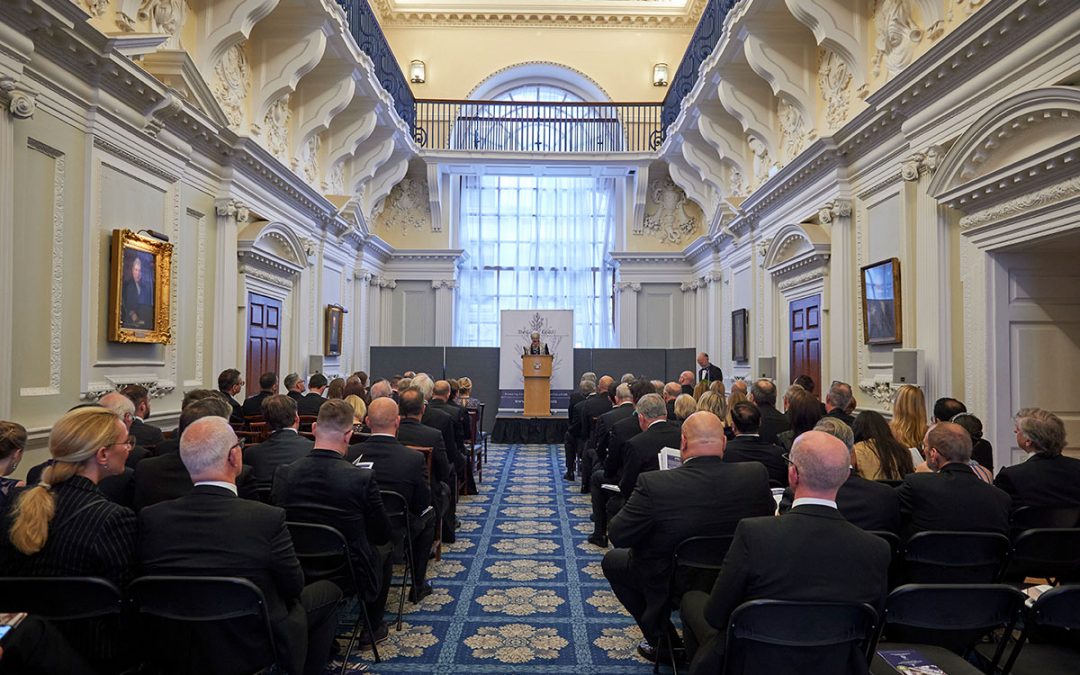 The Gin Guild has celebrated the milestone of more than 400 members around the world as it marked its tenth anniversary at Mansion House in London.

Twenty-five new members from across the UK and as far afield as Peru, India, Estonia, Norway, Sweden and Denmark were welcomed into the Guild at its Autumn Installation, which took place before the Annual Banquet of its parent company, The Worshipful Company of Distillers.

The industry body, which promotes excellence and protects the gin category, has doubled in size over the past five years. Its 400 members, through their companies, represent thousands more involved in the industry.

New members, installed to the Guild by solemn oath while holding juniper berries, included senior executives from three of the Guild’s four founding brands: Bacardi, Pernod Ricard and William Grant & Sons; the Founder and Managing Director of Nordic Gin House in Denmark; the CEO of The Cotswolds Distillery and a key player in the genesis of the gin industry in India from NÄO Spirits & Beverage.

Martin Tønder Smith, a well-known name in the Norwegian spirits industry, was installed as a Warden. Martin led the sales and product development for Norway’s only certified organic distillery established and funded 100% by women, Feddie Ocean Distillery. The distillery’s celebrated Nine Sisters Gins were rewarded with a Gold medal in the London Spirits Competition 2021 and Double Gold in ISC 2022.

Aare Ormus, Master Distiller of Junimperium Distillery OÜ, was installed as a Warden-nominated Rectifier. He teamed up with Tarvo Jaansoo to launch the distillery in 2019, which has become the most awarded artisan gin maker in Estonia, including winning this year’s IWSC International Gin Producer of the Year.

Also among the new members were Jon Hulme and Jon Burke, the co-founders of the Craft Gin Club, the top gin subscription club in the UK. Founded in 2015, the Club has grown to include 140,000 active members around the UK and has shipped over two million bottles of gin.

“The international growth of the Guild and the number of excellent craft distillers joining our ranks demonstrate the wealth of innovation taking place in the industry and the benefits we can all gain by collaborating together to promote the versatility and excitement of the category.”

Lesley also advised: “The role of the Guild has considerably expanded in recent years. This reflected increased pressures by beverage companies seeking to piggyback and trade on the good name of gin, a legally protected and defined category, often by gross mis–description, to sell non-gin products masquerading as gin. This expanded role has increased the Guild overhead, but to very good purpose. The Guild role now includes advice and enforcement.”

New members installed to the Guild on 14 October were as follows:

Rectifiers installed in their own right were: