From a modern, purpose-built family distillery in Surrey, Dr Christopher Smart and his wife Professor Katherine Smart launched a gin based on a recipe penned by Ambrose Cooper in his Complete Distiller first published in 1757. Cooper’s book was the first manual to the art of distillation and remains an important reference work to this day.

The Surrey Copper Distillery was established in 2017 with the aim to craft accomplished gins created through thought, research and attention to detail. Their first product Copperfield London Dry Gin uses the heart of the 1757 Cooper recipe with a few tweaks to appeal to and excite modern palates.  The Copperfield name is inspired by Dickens’ classic novel and further ‘editions’ are planned in due course.

Their gin’s development process started in the distillery’s state-of-the-art spirits laboratory which houses Tweedle Dum and Tweedle Dee, two, two litre copper pot stills. The recipe was then refined and scaled up in Alice, a 20 litre small-batch still.    Full scale production in Clara, a 300 litre carterhead solid copper still is due to commence shortly.

Katherine has a PhD in brewing and a DSc in brewing and distilling. She previously worked for the universities of Cambridge, Oxford Brookes and Nottingham as an academic before joining SABMiller plc where she was the global chief brewer. Chris has a PhD in biochemistry and is a qualified distiller who previously worked for Cadburys and Campden BRI, where he was the head of brewing services.

For Distillery tours and experiences please visit their website. 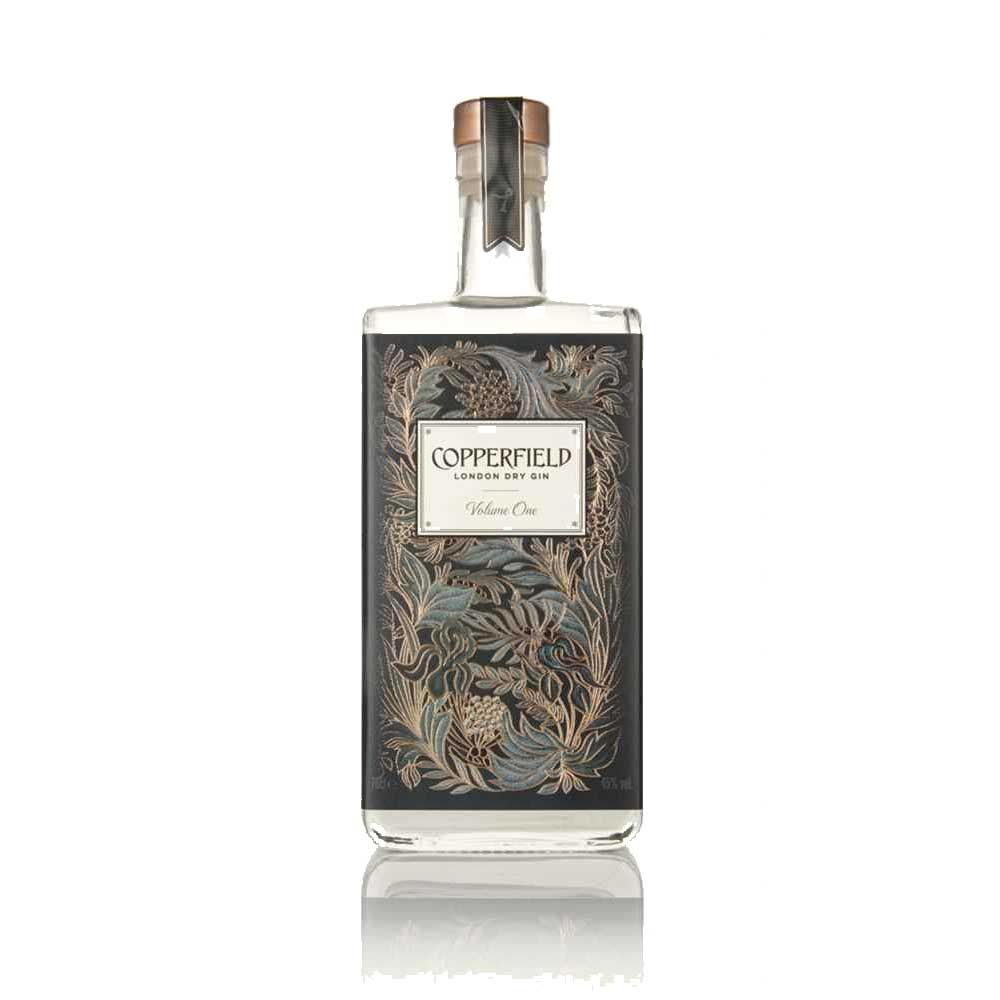 In line with gins of the 18th century just 10 carefully selected botanicals are used (juniper, angelica, orris root, liquorice, cubeb berries, lemon peel, elderflower, caraway, cardamom and coriander). Juniper rich, lightly floral with woody spice Copperfield London Dry Gin is round and smooth with good complexity and length. It has been developed Copperfield as a ‘sipping gin’ that can…