The idea of starting a distillery was a topic of dinner table conversation among the Clancy family for some time. As plans came together they thought about where to locate the new venture. While they are passionate about Lanesborough, where they as a family grew up, they were all too practically minded to make the decision on purely sentimental grounds.

Then the penny dropped. Lough Ree Distillery is all about connection: connecting Whiskey tradition with modern technology. Connecting the gentle pace of rural Ireland with the confidence of a new generation. So it was more than their own roots that decided it for them.

It was the bridge connecting East and West, the roads and river that connect Lanesborough to the rest of the region. Then, after securing the ideal premises they found out that their great grand uncle was resident there at the time of the 1901 Census. A sign if ever there was one! 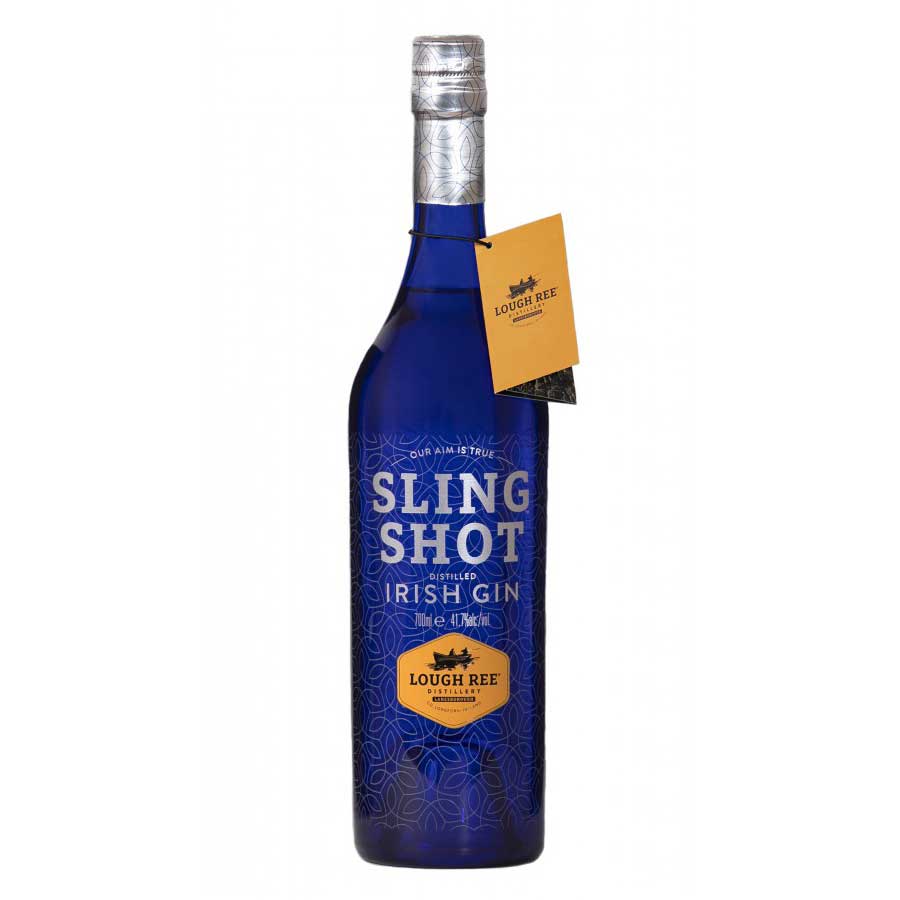 Sling Shot Gin is proudly distilled and bottled at Lough Ree micro distillery in Lanesborough, Co Longford, Ireland. They are the first distillery to ever distil peat as a botanical in gin. The peat creates an incredibly rich and smooth mouthfeel, while adding a deliciously earthy finish to our otherwise bold and fresh Irish gin.