Hope on Hopkins is a small-batch distillery in Salt River, Cape Town, set up by ex-lawyers Lucy Beard and Leigh Lisk.

The South African couple had been working as lawyers in London for nearly 15 years before abandoning the rat race to follow the sun. They eventually found their way back home, to South Africa – after falling in love with gin in the Mediterranean – and refurbished a rundown warehouse in the heart of industrial Salt River, creating the Mother City’s first artisanal distillery.

The two of them work (and live) in this urban haven, dedicating their lives to the age old process of batch distillation with their faithful stills – Mildred, Mouma and Maude (the first stills to be licensed in the City of Cape Town) – who have recently been joined by Mad Mary, a beautiful copper pot still.

They distil three flagship Hope Gins, two from grain and the third from grape, and also design and distil gins for other Cape Town brands. 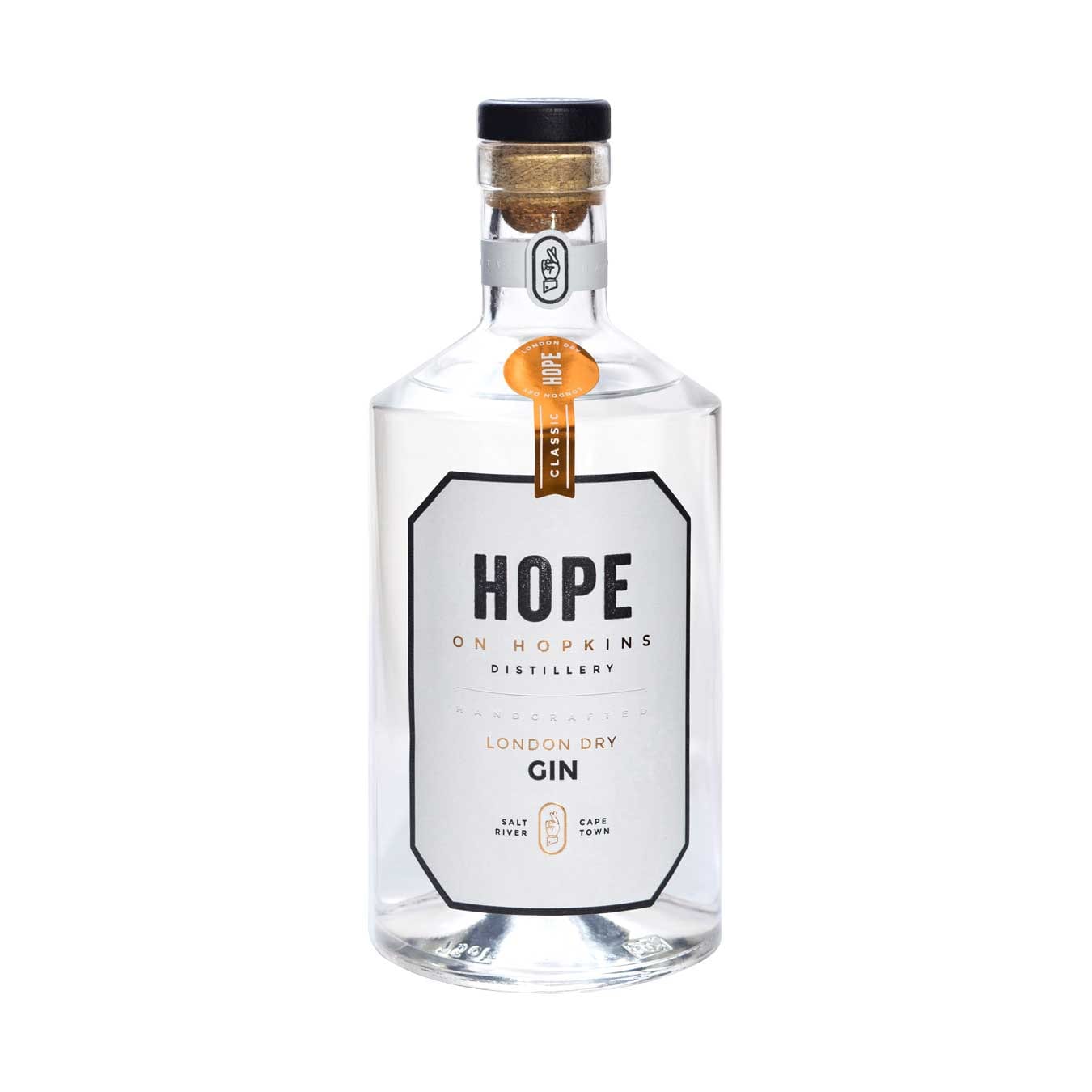 Made using the London Dry one-shot method, this gin is distilled using a grain spirit with carefully selected botanicals including citrus, lemon verbena and – of course – juniper. Excellent in a gin and tonic served with a twist of lemon and a sprig of rosemary; smooth enough for a martini. It is a South African take on a classic… 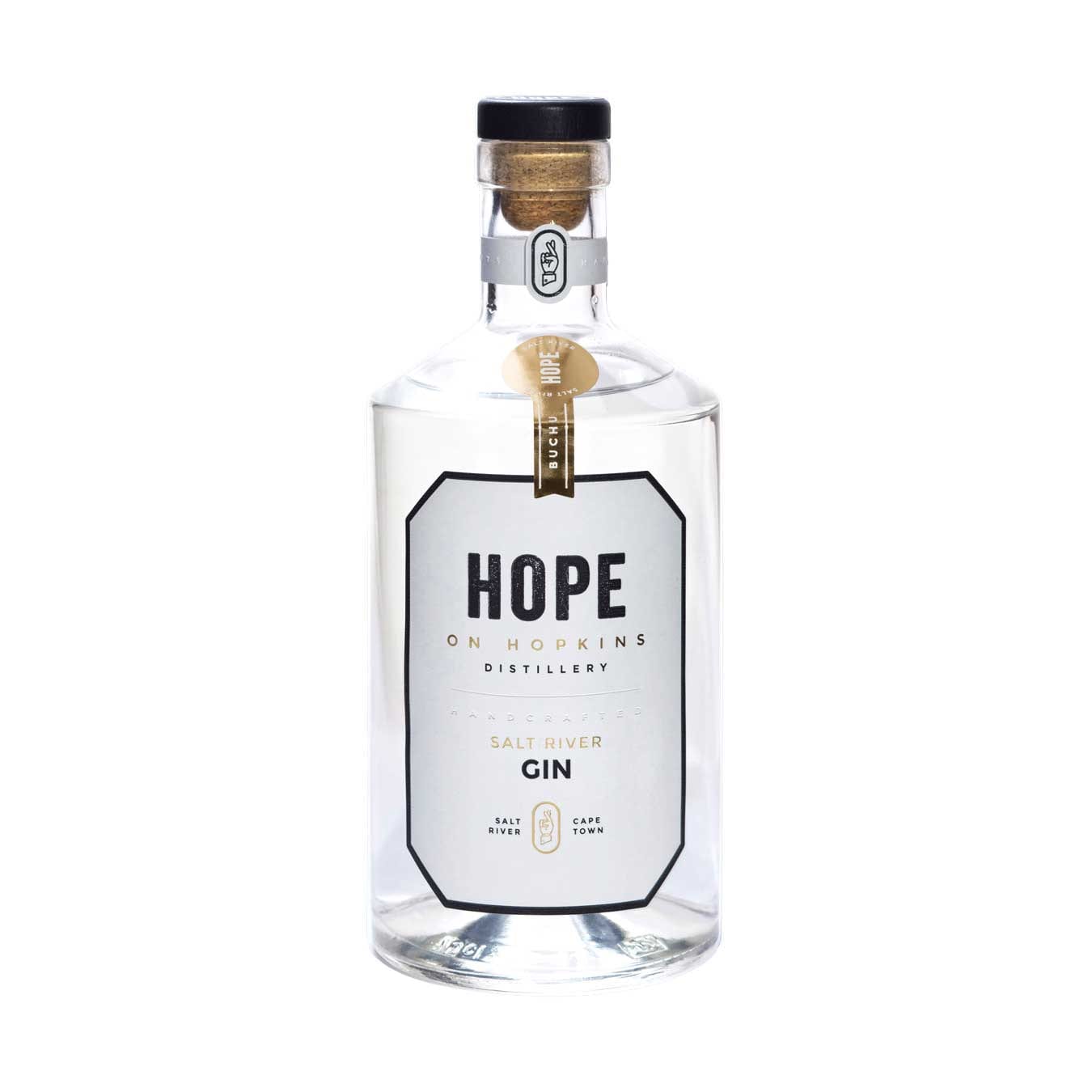 A more contemporary style, Hope on Hopkins' Salt River Gin brings South African flavours to the fore. Also made using the one shot method, this gin is influenced by their distillery’s location based in the heart of the Western Cape: distilled from a grain base with eight botanicals including juniper, hand picked kapokbos (wild rosemary) and buchu from a farm… 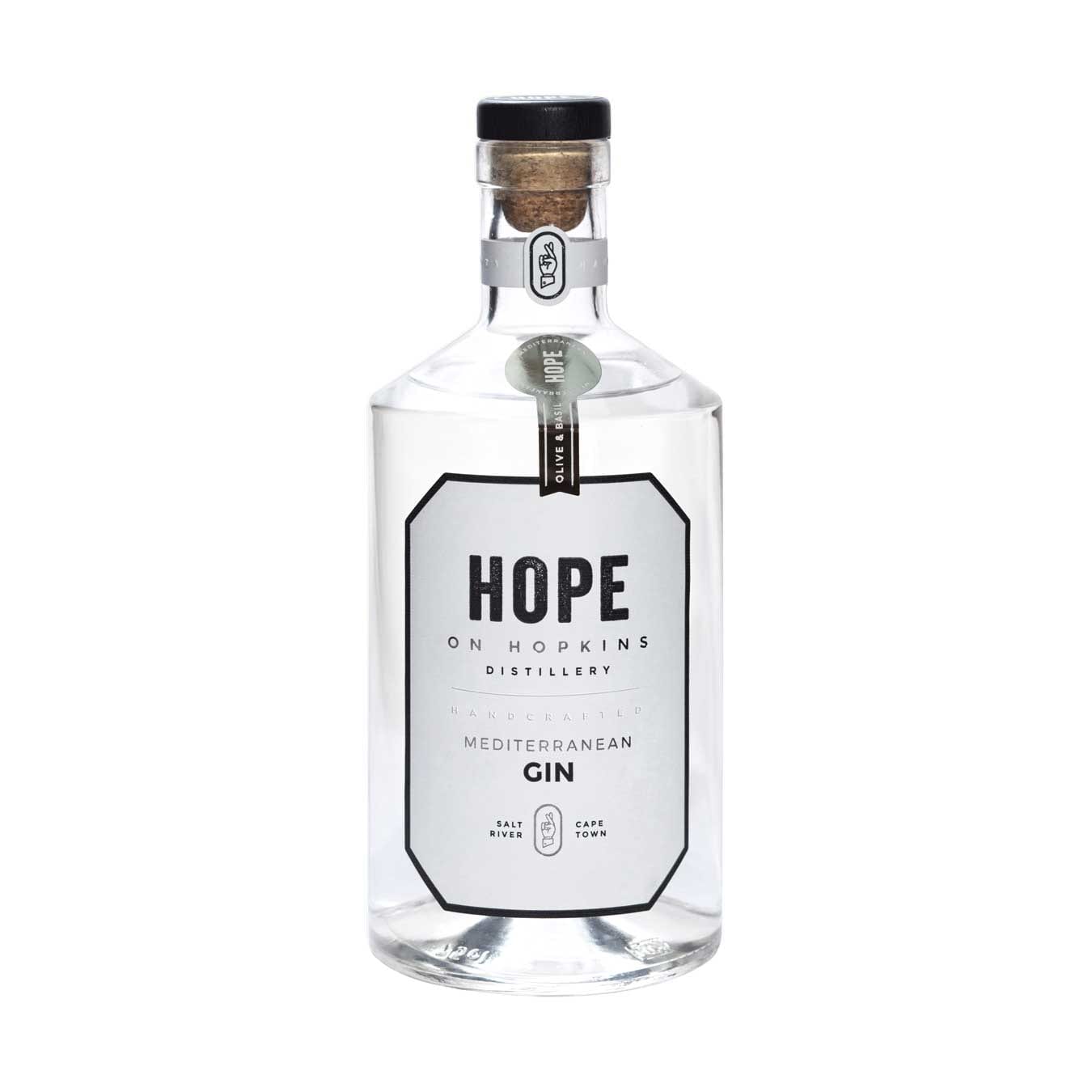 The Mediterranean variety of the Hope on Hopkins gin is influenced and inspired by Mediterranean flavours, and is considered the most complex of the HoH gin selection. It is savoury by nature an made from a triple distilled grape spirit. It is infused with olives, rosemary, basil, thyme and cardamom with overriding citrus notes and hints of juniper. It truly…