Gordon’s is the world’s best-selling London Dry gin and its reputation has been forged over a history of nearly 250 years. The Gin Guild speaks to Tanqueray & Gordon’s Gin Distillery Manager Terry Fraser about his journey within the gin industry, which started nearly 40 years ago at the end of the process in packaging. Today, he works on new flavours and distillation, right where it all begins.

THE GIN GUILD: Tell us your background. How did you get into the gin industry?

Terry: I started my career in the early 80s in a packaging role with Distillers Co Ltd, now known as Diageo. I then moved into whisky blending where I got a chance to nose all the mature malt and grain casks. This was often up to a few hundred casks a day! Before I knew it, I was put forward for a nosing assessment and soon after joined a team of four people responsible across the whole site for nosing every blend we produced. Unsurprisingly, I really enjoyed that part of the role. 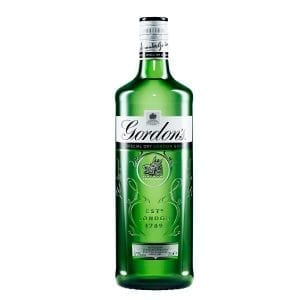 After 10 years I moved into my first management role in maturation and coopering. Fast forward 26 years, I successfully completed my Distillation studies and it was time for the next step in my career to put my new qualifications to the test.

In 2009, the opportunity arose to join the whole White Spirits operation covering distillation and supply of bulk shipments globally for both gin and vodka.

I took up the role of Master Distiller from Tom Nichol who is well known within the Gin Industry. Like Tom I have a real passion and high level of pride in the remarkable brands we produce in Gordon’s, Tanqueray and Smirnoff.

Strangely, in a way, I have followed a career path from the end of the process in packaging all the way back to where it starts in distillation!

THE GIN GUILD: You are Master Distiller of the world’s top international gin brand – that must be a career highlight! Do you have any other highlights you can share?

Terry: A definite career highlight was when I was recognised and inducted into the Gin Guild in 2015 as it was such an honour for that particular group of people to be recognising me and my hard work on and for the Gordon’s and Tanqueray brands.

The other highlight is actually quite a recent one. It only happened a month ago when I was presented with a trophy at the Diageo International Supply Centre Awards in recognition of the supply of the new Gordon’s Premium Pink Gin. This was due to the huge scale that we produced in its first year, which greatly surpassed all expectations.

THE GIN GUILD: Gordon’s was the preferred gin of James Bond – a character known for taking risks. What is the biggest risk you have taken with your career that has paid off?

Terry: Well, from a gin creation perspective I do take the responsibility of being the custodian of such a historic and well-known brand such as Gordon’s, for me it’s difficult to take a risk when you’re dealing with a brand with such a big reputation that’s lasted almost 250 years!

THE GIN GUILD: How many gins have you developed? Which are you most proud of and why?

Terry: In the time that I’ve been working in the distillery my team of six and me, along with the liquid innovation team, have developed four gins together since I joined in 2009. This started with bringing back Tanqueray Malacca, then there was Tanqueray Jinzu which includes sake, followed by Tanqueray Lovage and finally Tanqueray Seville.

I’m probably most proud of the Tanqueray Jinzu because it has a fascinating story and I was involved from the earliest stages. The recipe was initially developed in 2013 by bartender, Dee Davies, at Diageo’s Show Your Spirit competition, aimed to build on bartenders’ experience, unlocking their creativity and potential to co-create a new, innovative product. For the final, Dee spent a week at Diageo’s innovation centre alongside three other finalists to develop her idea for Jinzu. She beat everyone with this creation which blew everyone away.

Following this, I was tasked with getting Tanqueray Jinzu from a laboratory design to a mass-scale distillation. Whilst tricky, we succeeded in reproducing this beautiful gin that has a unique creaminess leant by the sake.

THE GIN GUILD: You have launched some new flavoured versions of Gordon’s, including Gordon’s Premium Pink, how long did it take to develop these recipes and where did you get your inspiration?

Terry: On average, Gordon’s and Tanqueray take about a year to develop a good gin and bring it to market from concept through to final distillation.

Being a prestigious and respected brand, we don’t have the option to rush a new creation as we have to invest time to ensure the right level of knowledge, trial and testing is used to create a product that reflects the brand’s heritage of producing the very best quality gin.

There are of course a number of people involved when developing a new gin, from the brands team, marketing, innovation and liquid development, right through to the distillation team who are doing the trials and also producing the final liquid.

However, something like Gordon’s Premium Pink was quite straightforward to develop. It was Inspired by an original Gordon’s recipe dating back to the 1880s and uses the Gordon’s London Dry base which is then sent to Leven Distillery for the Premium Pink liquid to be mixed in.

THE GIN GUILD: What is the most intriguing and experimental mix of botanicals you have tried?

Terry: When it comes to Gordon’s we’re proud to be a classic, juniper-led London dry gin so, we stick to the original recipe using four botanicals; juniper, coriander, angelica root and liquorice. We know it delivers that fresh, clean and crisp flavour that is also bold and lively with zesty citrus and a super-smooth texture that has stood the test of time.

Having said that, the Tanqueray Lovage is interesting because it is a savoury gin. Lovage, a perennial herb is usually used in cooking and is perfect for adding into salads, soups and stews. The other botanicals used include nettle, coriander, juniper, chamomile and cubeb pepper to create a really herbaceous and earthy flavour which is almost celery-like and I think this was quite different from most gins I’ve tried.

THE GIN GUILD: Gordon’s was one of the first gins to be drunk with tonic, in your opinion, how important is it to pair a gin with the right tonic and garnish?

Terry: Where possible, you should always try and match your garnish to your gin to enhance the experience of that gin’s recipe. For example, with Gordon’s gin which is such a juniper-prominent gin with zesty notes of citrus, we recommend having a traditional slice of lemon to compliment the juniper notes and bring out the citrus notes for a classic, bold and fresh gin and tonic.

When it comes to tonic, the main thing is to ensure it is properly chilled in order to keep it fizzy and taste dry rather than sweet.

THE GIN GUILD: Describe your perfect gin and where to drink it?

Terry: Last year I had the pleasure of going to London to be served my first Gordon’s Pink Gin by Alessandro Palazzi at Duke’s Bar. He followed it up with his signature Vesper Martini – also made with Gordon’s. Just perfect.

However, I’m quite a traditionalist and the majority of the time I do love a refreshing Gordon’s & tonic at the end of a hard day. Sometimes you want to discover a new gin, then there is most of the time when you want to enjoy your go-to gin without too much fuss.

THE GIN GUILD: Gordon’s celebrates its 250th anniversary in 2019, are there any exciting new developments on the horizon to mark the occasion?

Terry: We will definitely be celebrating this momentous occasion! It’s always amazing to think that Gordon’s is one of the world’s oldest gins and set the standard for gin all those years ago. However, we don’t want to spoil anything, so you’ll have to wait until next year to find out more.

THE GIN GUILD: Gin seems to have unstoppable growth, what do you predict is next for the industry?

Terry: I agree and I think the gin-craze is going to continue because it’s such a versatile drink that consumers and bartenders are continuing to demand more of. For me, I do really hope that we see more ‘Distiller’s Cuts’ come through – a bit like we see with whisky and bourbons.

If I had the chance, I would love the opportunity to bring back the Gordon’s Distiller’s Cut. It was made before my time at the distillery and is still spoken of with a lot of fondness within the team who created the version in the early 2000s and I’d love to have my opportunity to re-create this gin. 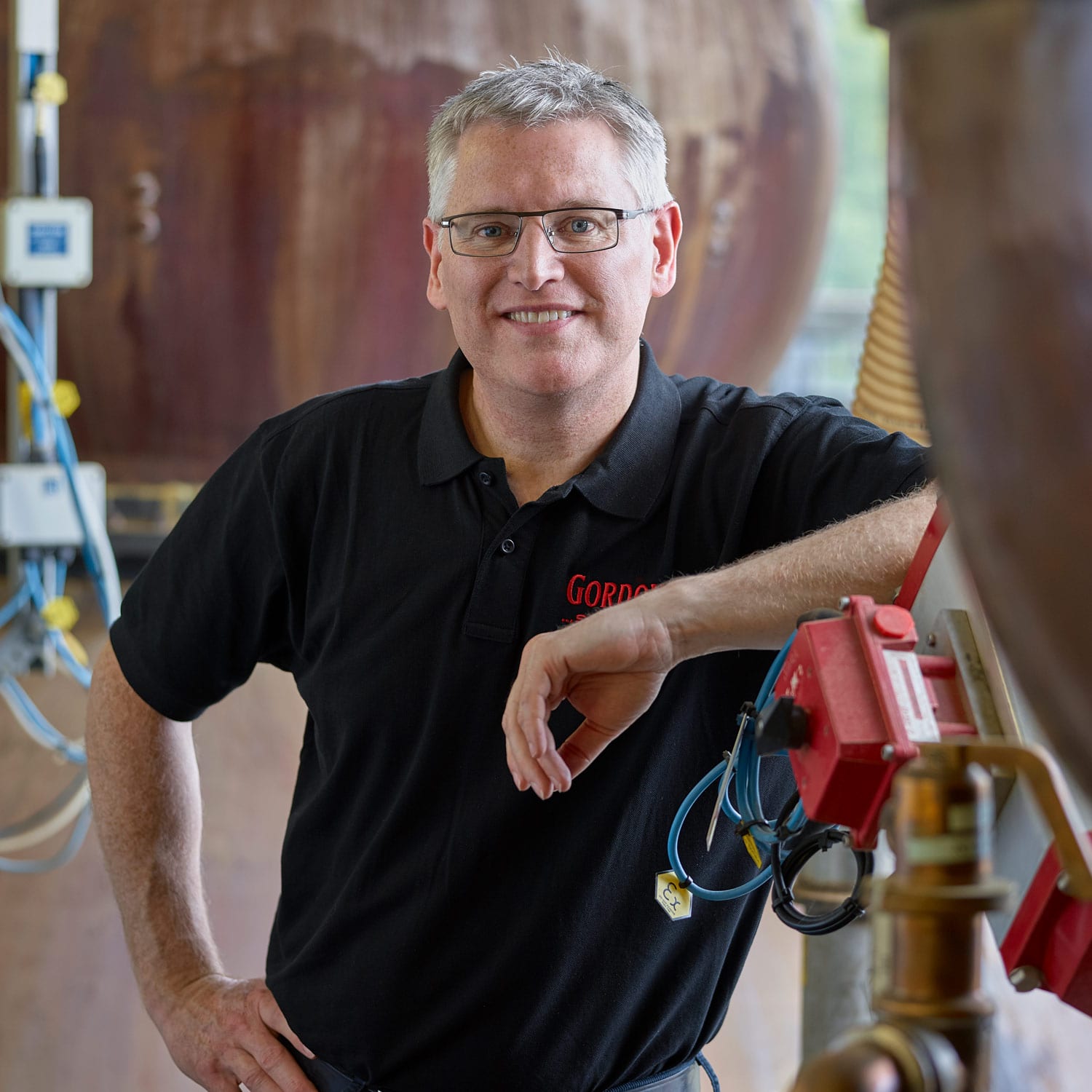 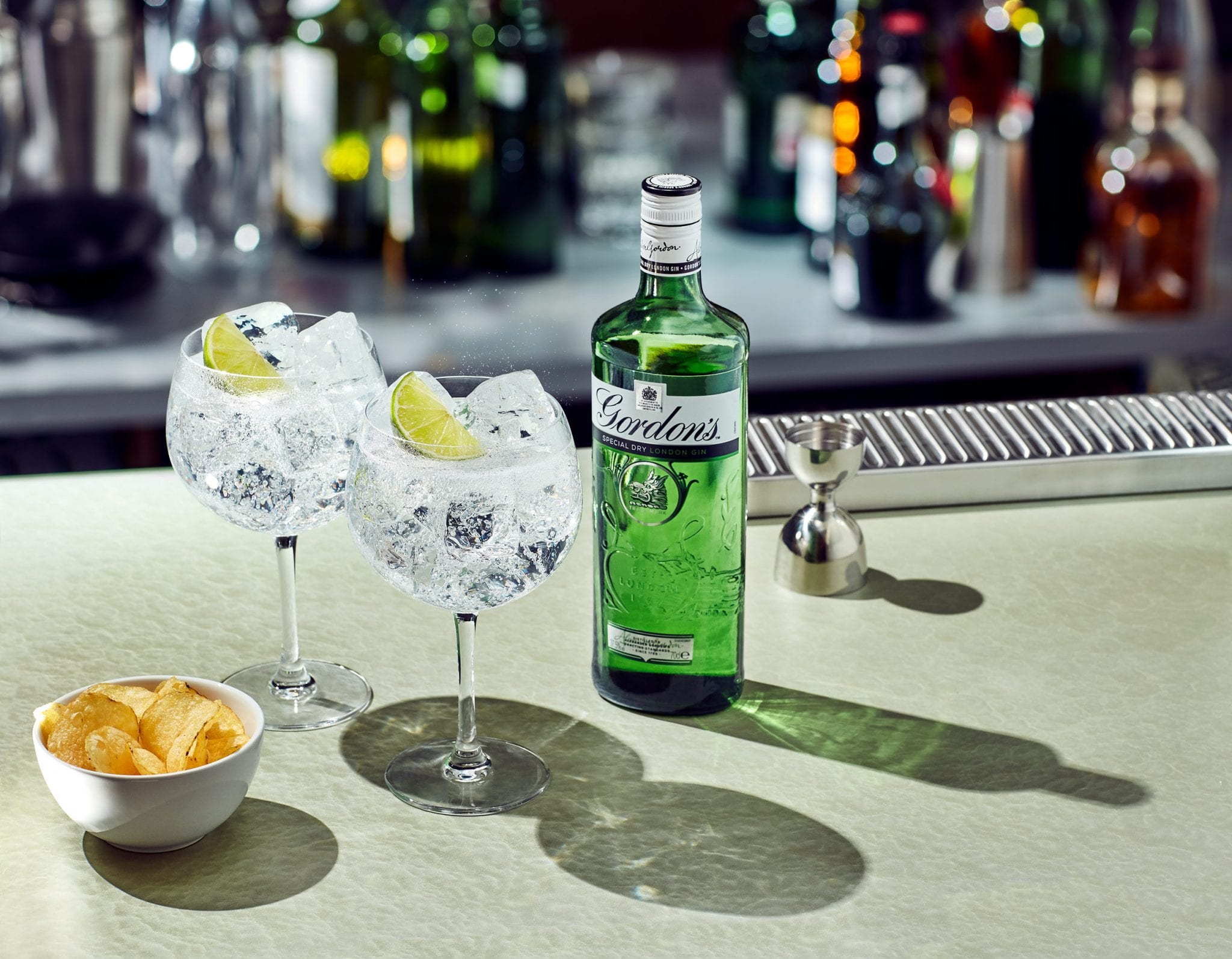 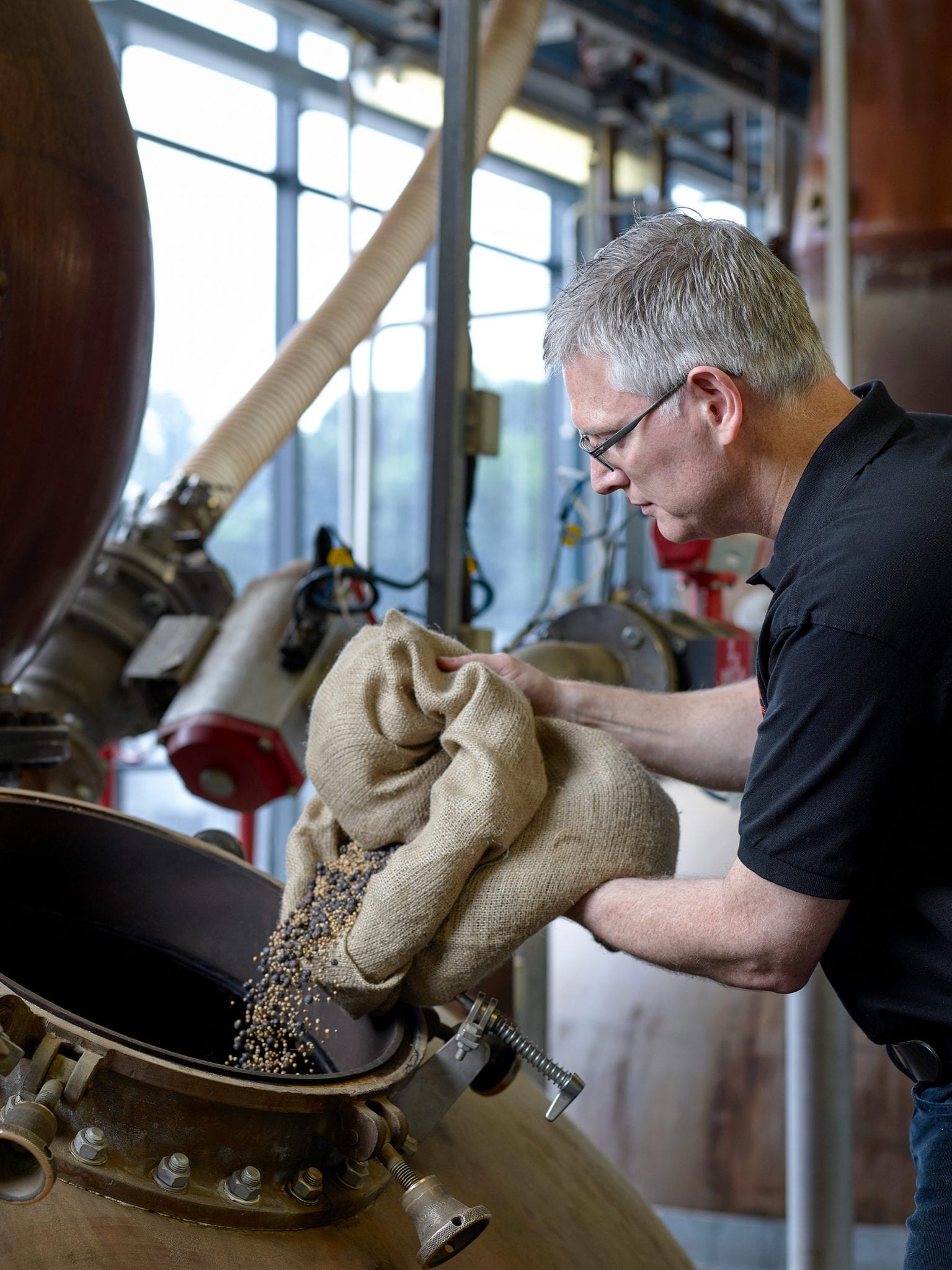 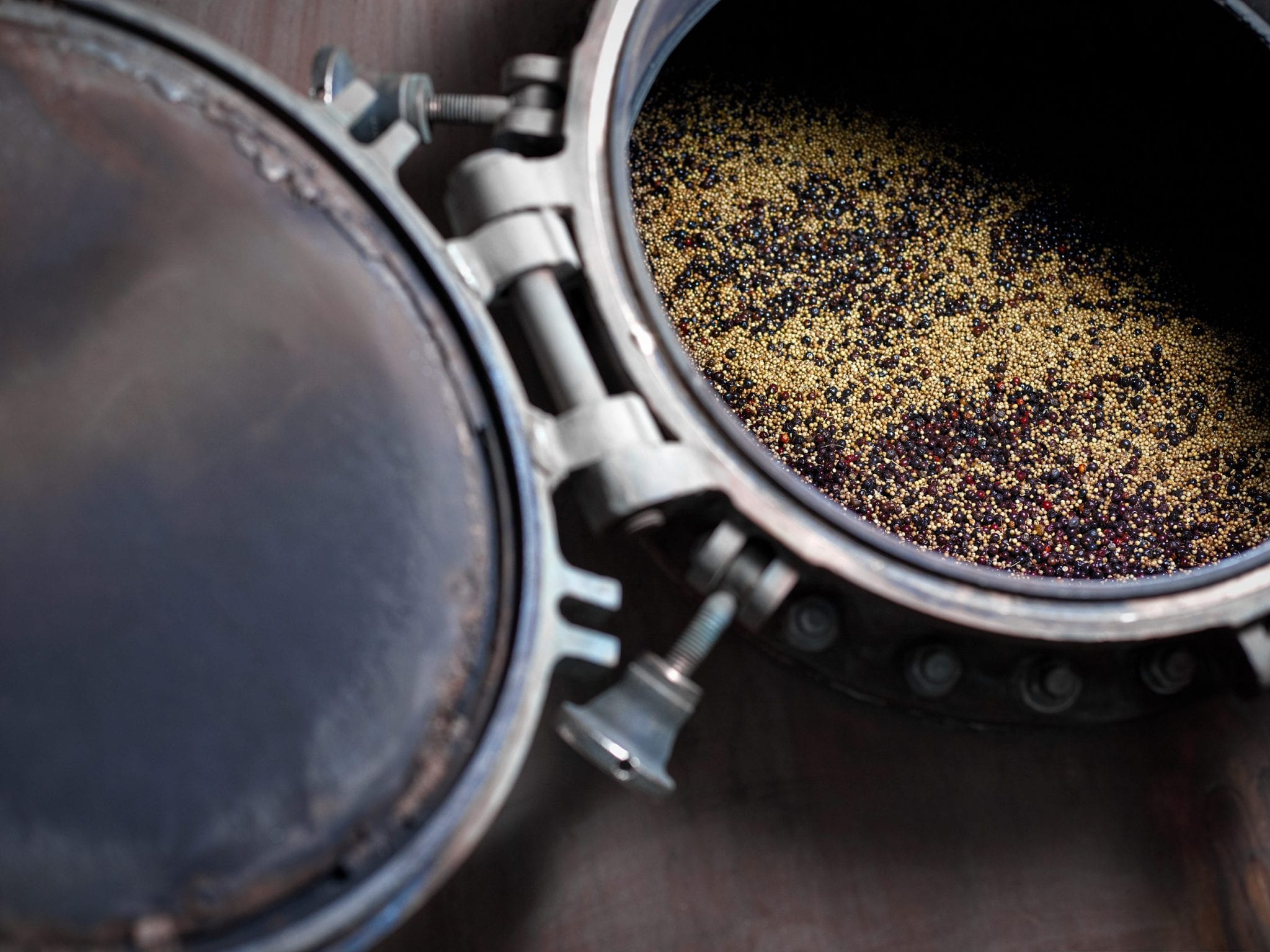 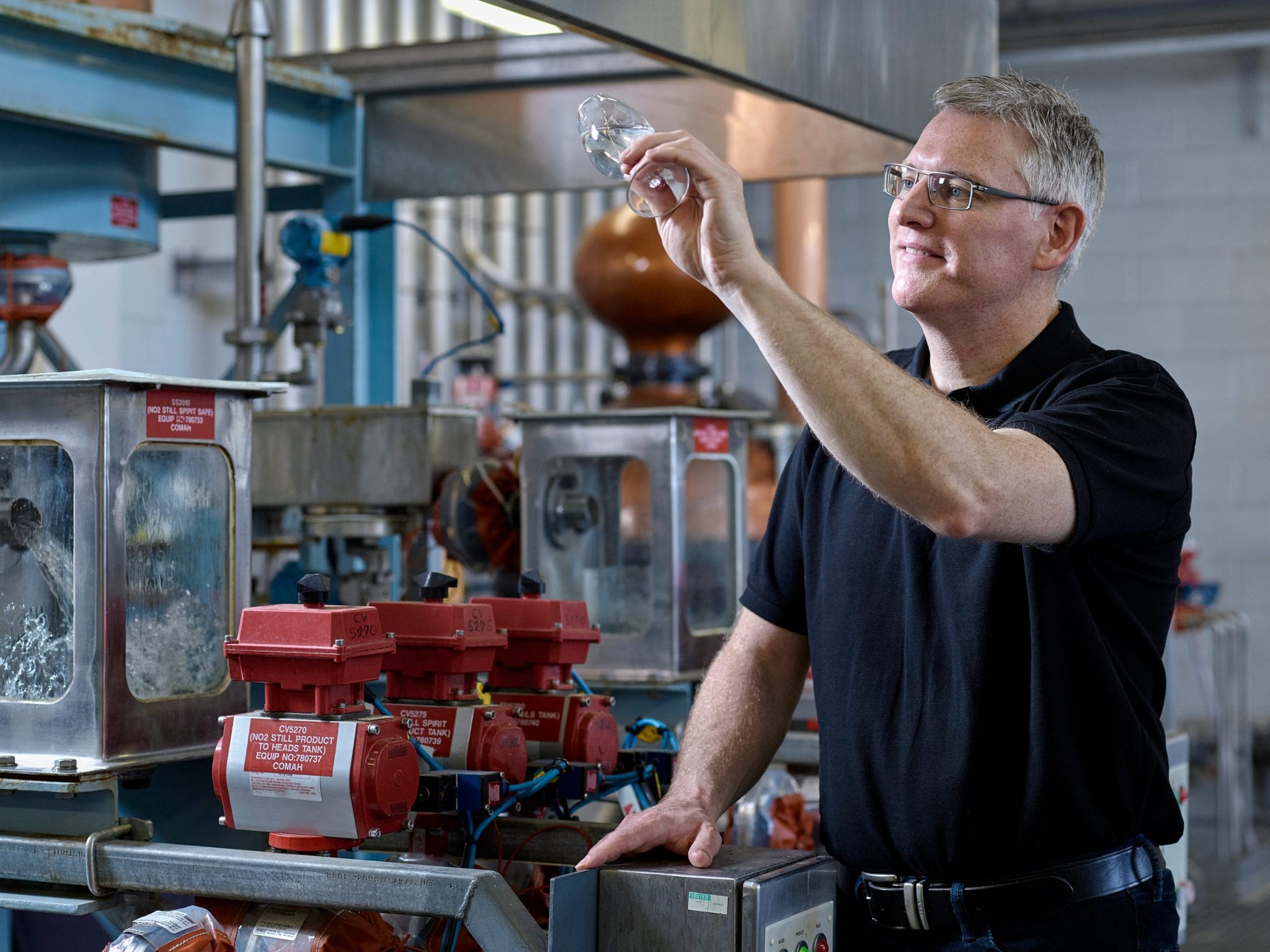 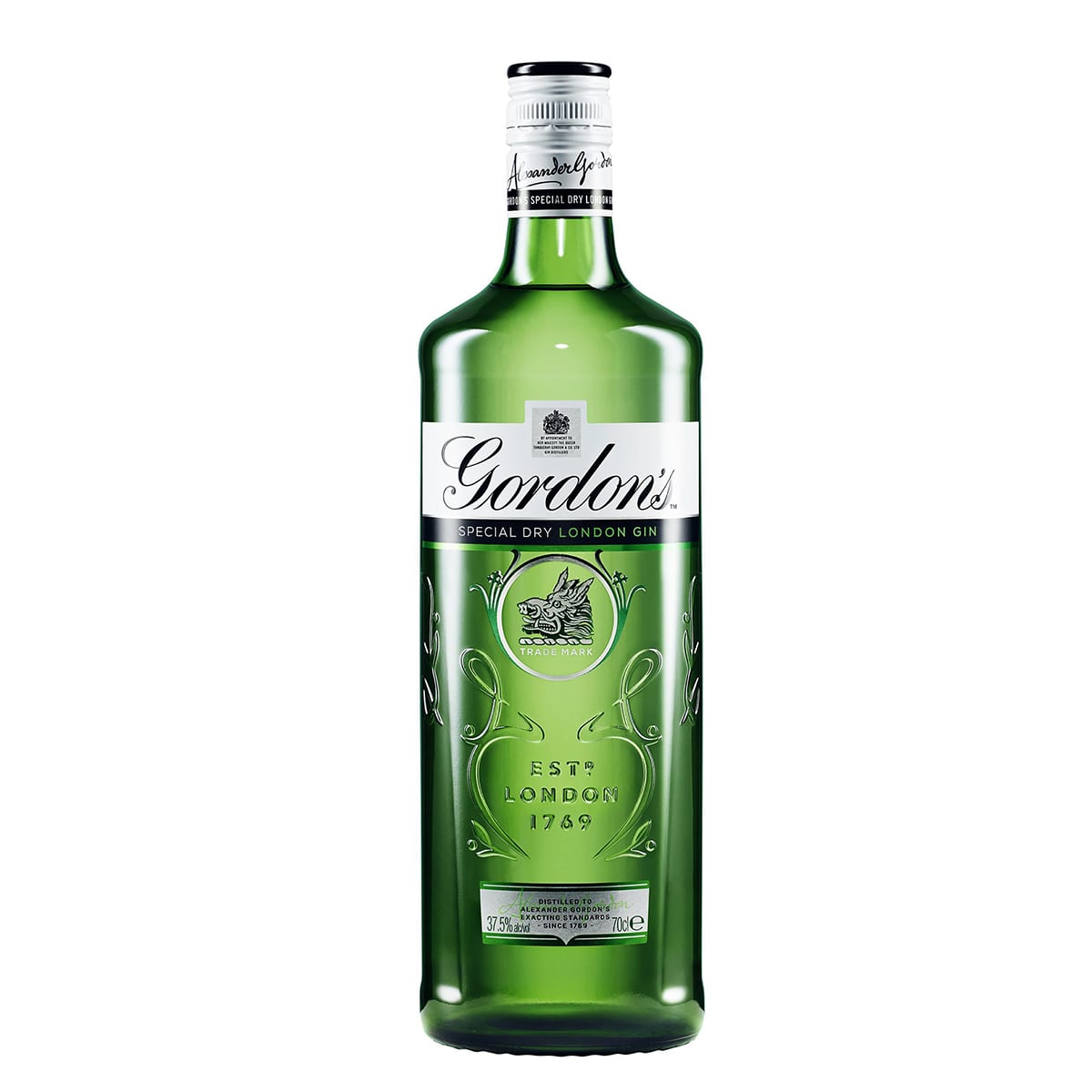 Multi-awarding winning classic, made to the same exacting standard as Alexander Gordon held in 1769, Gordon’s Gin is an unashamedly juniper-prominent gin: classic in a bold, fresh style. It is complemented by a sparkle of citrus and a gentle black… 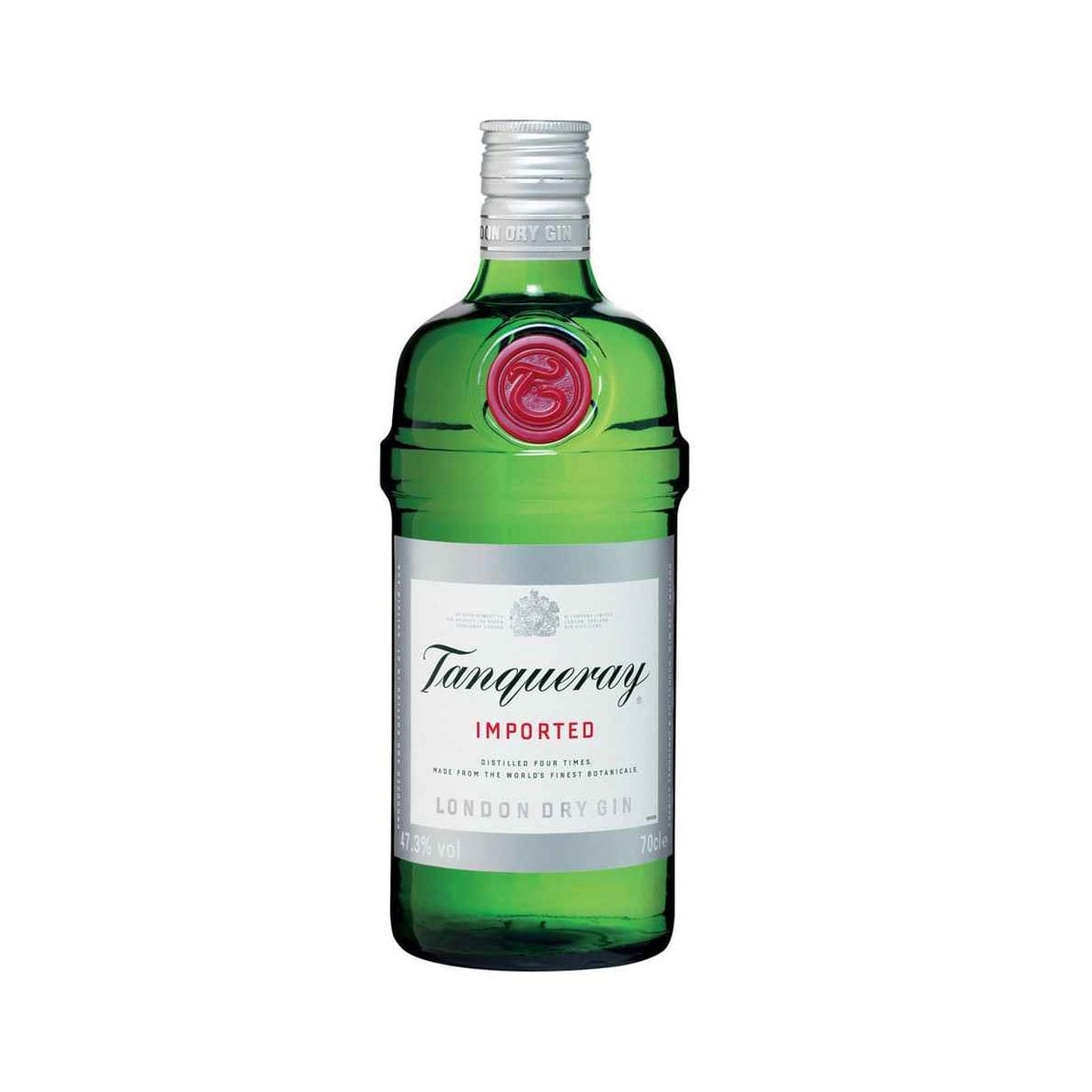 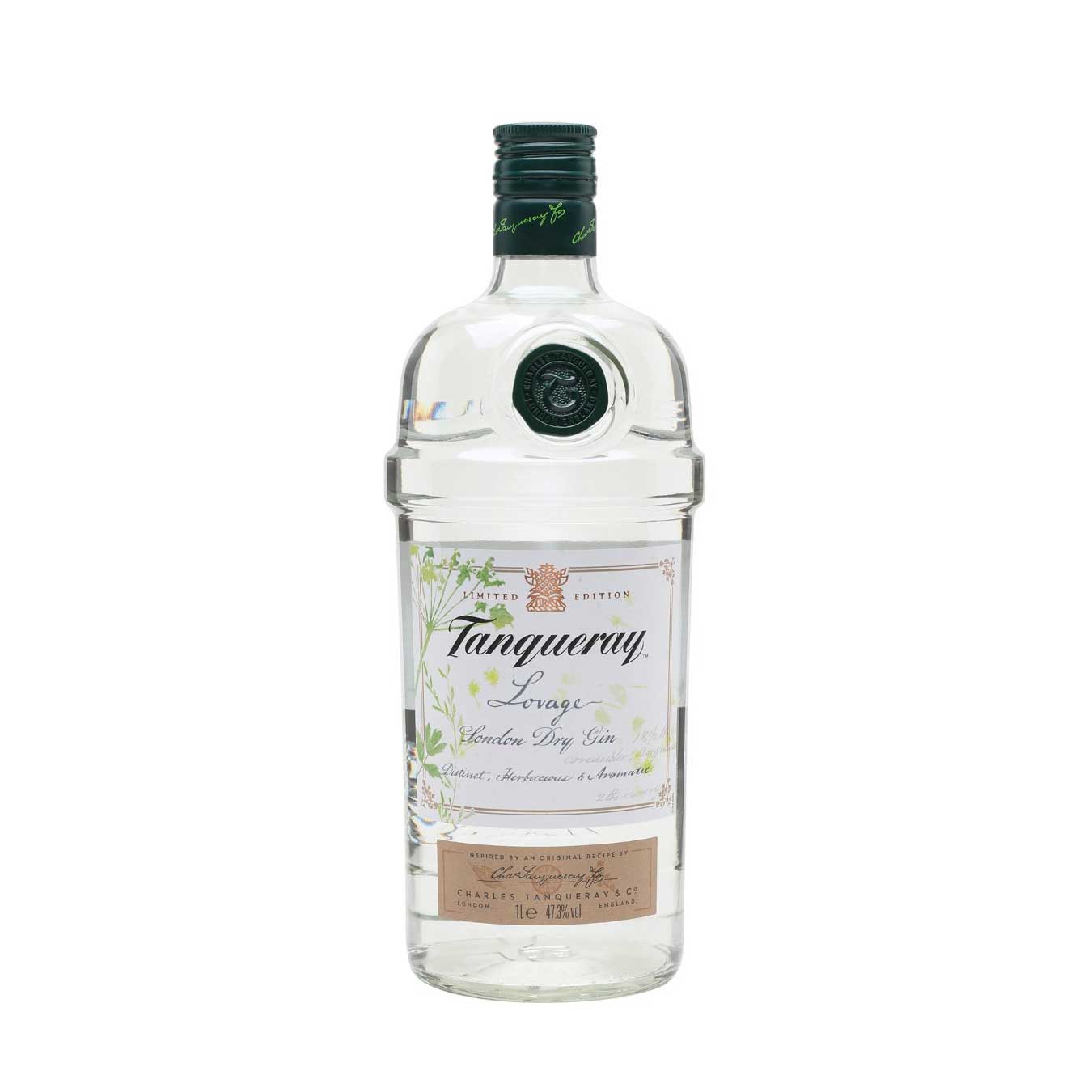 Distinct, Herbacious and Aromatic. Tanqueray Lovage is a bold ode to a curiously botanical recipe unearthed in Charles Tanqueray's journals. Lovage's perennial bloom and deeply aromatic flavours make for a distinctively savoury taste, tingling with a herbaceous heart. This truly… 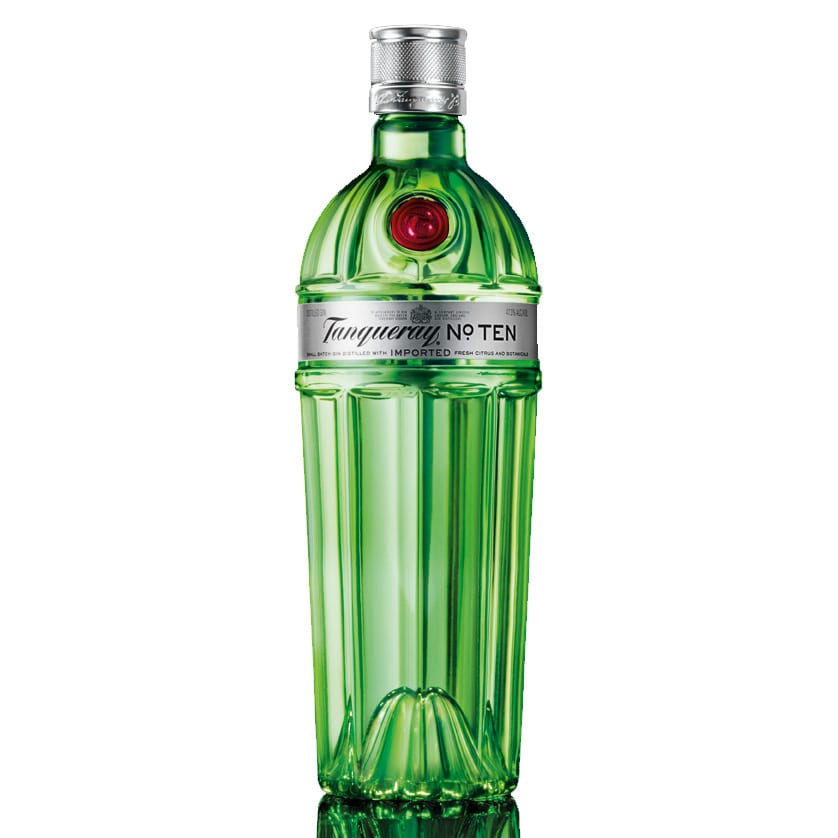 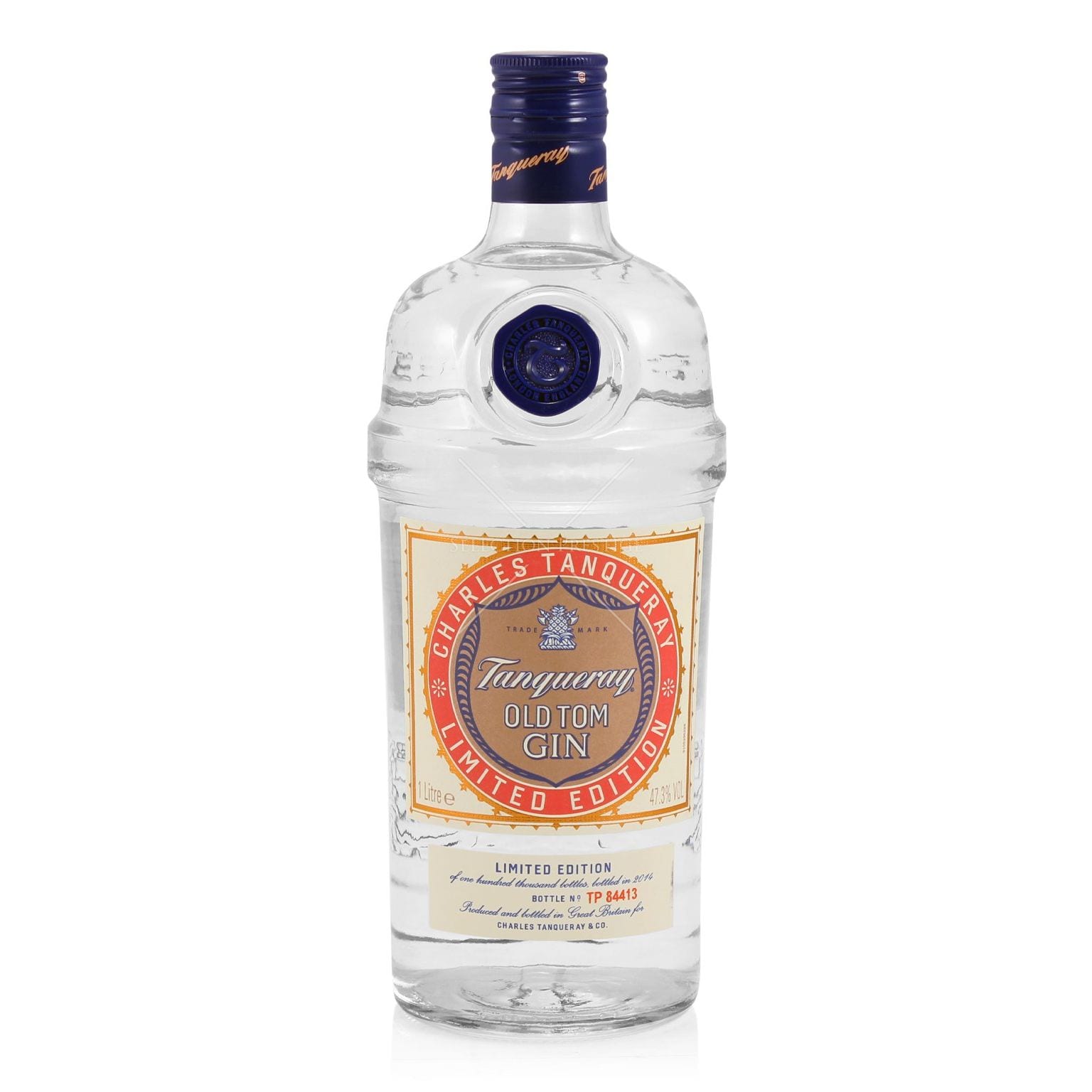 Based on a recipe from 1835 from the Tanqueray archives, this has been brought back to life by master distiller Tom Nichol, and re-launched with a limited edition run of just 100,000 bottles worldwide in June 2014. This gin launched…