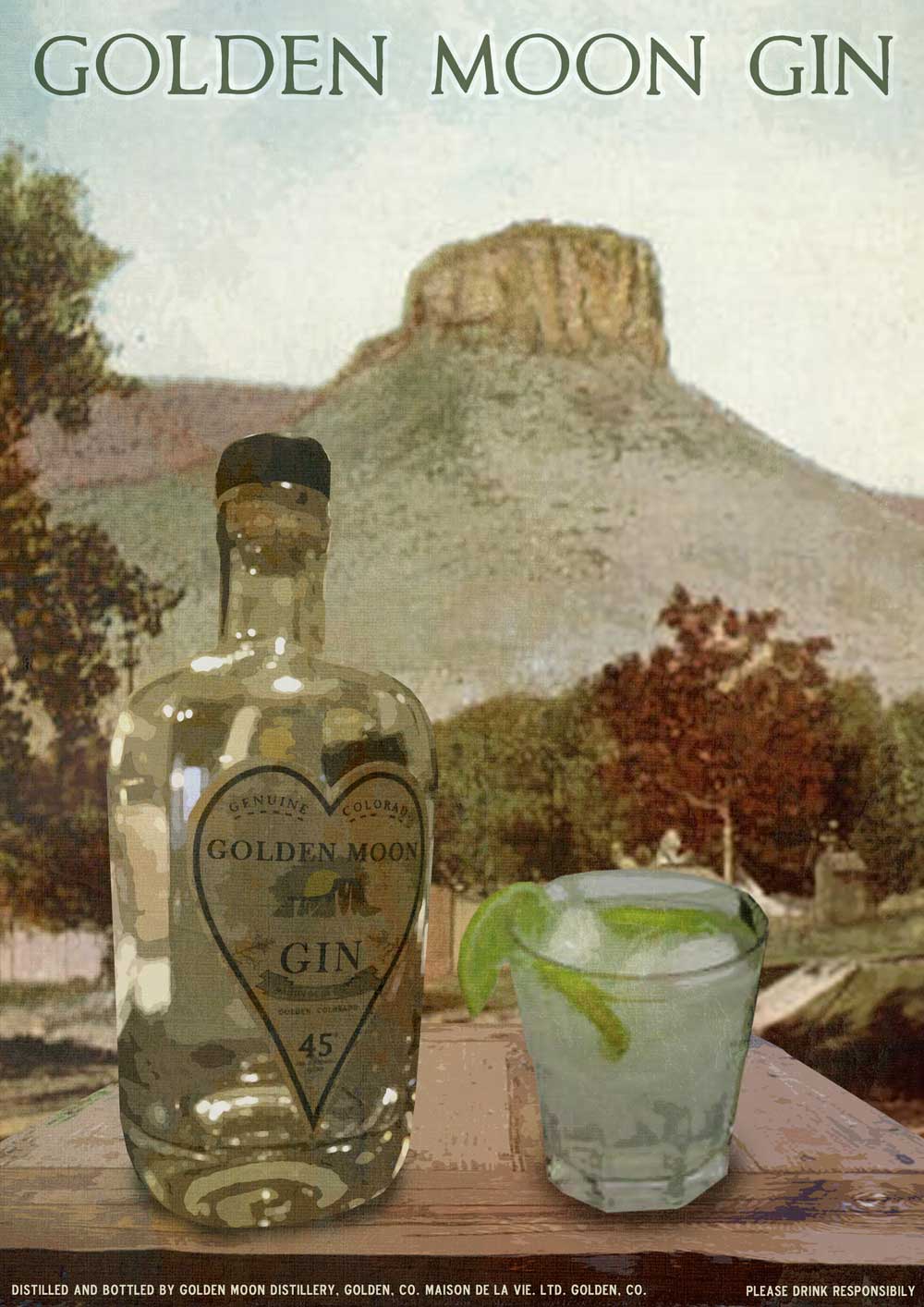 A Golden age of American gin

The US is one of the world’s largest gin markets, and the biggest export market for UK-produced gin by volume. But a revolution is happening in America (not the one you might think of first!), with explosive growth in the number of local small craft distillers producing unique and increasingly popular gins.

One of the leaders in this field is Colorado’s Golden Moon Distillery, founded by Stephen Gould and Karen Knight in early 2008. We talk to Stephen about the American gin boom.

THE GIN GUILD: Why do you think there has been such a gin boom in America?

STEPHEN GOULD: “The “gin boom” in America is closely tied to the boom in artisan distilleries and the global resurgence in craft and premium cocktails. There are a much larger number of producers producing a much wider variety of gins than we’ve seen at any point in American history since prohibition, coupled with a much larger demand for higher-quality and more unique gins by an increasing number of bars serving gin-based classic and craft cocktails.

THE GIN GUILD: What led you to establish Golden Moon distillery?

At the heart of Golden Moon Distillery is my world-class research library containing hundreds of rare books on distillation and related products and processes, some dating back to the 1500s. Most of the collection dates from the late 1700s to the early 1900s, though a few titles are older, or newer.

THE GIN GUILD: What gins do you produce and what’s your most popular gin?

STEPHEN GOULD: Our Golden Moon Gin is our most popular, but we also produce Golden Moon Gin – Port Cask Reserve and, recently, a limited production product for That Boutique-y Gin Company, called Expedition Gin, which will be released in the UK soon. We are also in the process of developing an ultra-premium gin in partnership with a music-centric lifestyle company here in the US. Additionally, we produce several Whiskies, Absinthe, Grappa, Apple Jack and Specialty liqueurs including our Crème de Violette, Dry Curacao, Amer dit Picon Kummel and Ex Gratia (a Genepi).

THE GIN GUILD: Have you seen a growth in sales in the past 12 months?

STEPHEN GOULD: Yes – our sales are growing dramatically, both here in the US and globally.

THE GIN GUILD: What are your predictions for the next year?

STEPHEN GOULD: We’re in the middle of a massive expansion that will give us the capacity to continue to meet our growing sales.

THE GIN GUILD: There is a movement in contemporary gins with variations from the traditional juniper prominent styles, what’s your view on this?

STEPHEN GOULD: Historically there were styles of gins and other related herbal spirits that disappeared from the market for a variety of reasons, including both America’s prohibition and industry consolidation in the UK and Europe.

The gin available to the consumer became largely various expressions of only a few styles (London Dry for example). 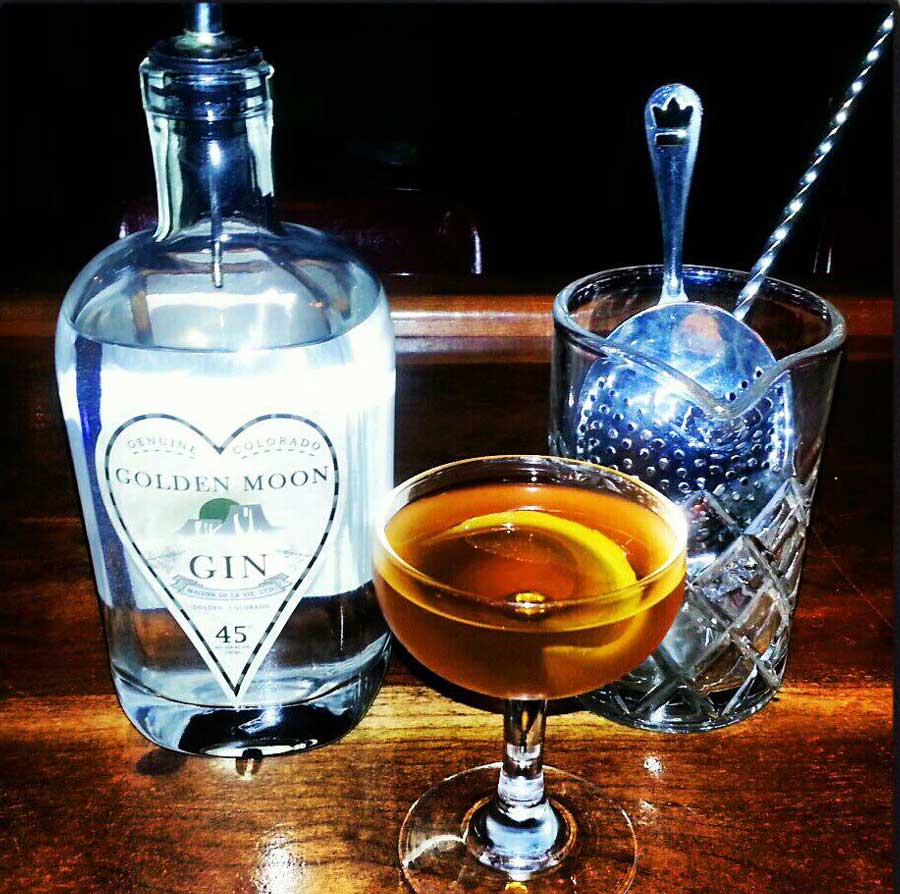 With the resurgence of both craft cocktails and smaller artisan distilleries, the consumer now has a much wider choice of styles and expressions of gin, some of which push the boundaries of what we normally consider “gin”.

I think this is great … just as long as what’s being called gin is still true to the historical and legal definitions of “gin” (i.e. the key botanical input is juniper).

That doesn’t necessarily mean that the predominant flavour is Juniper, but Juniper must be a major flavour component.” 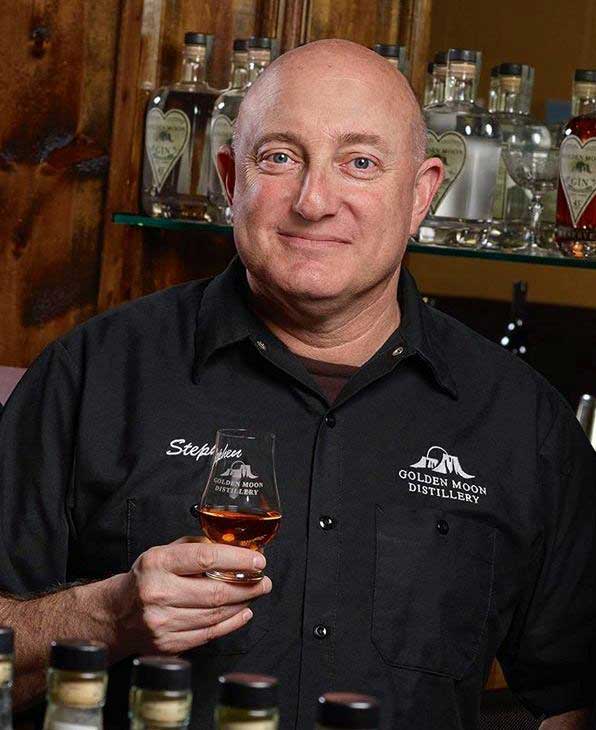 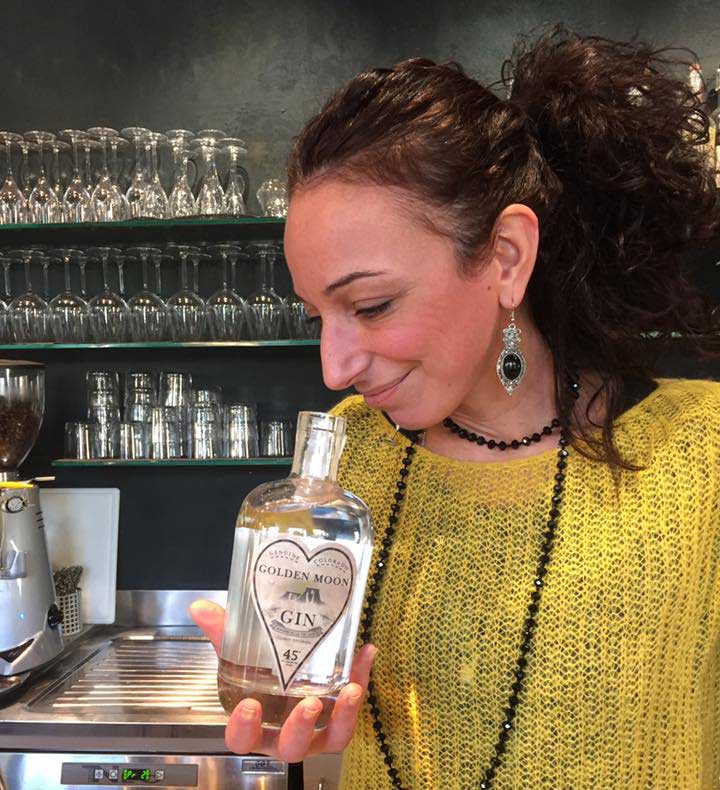 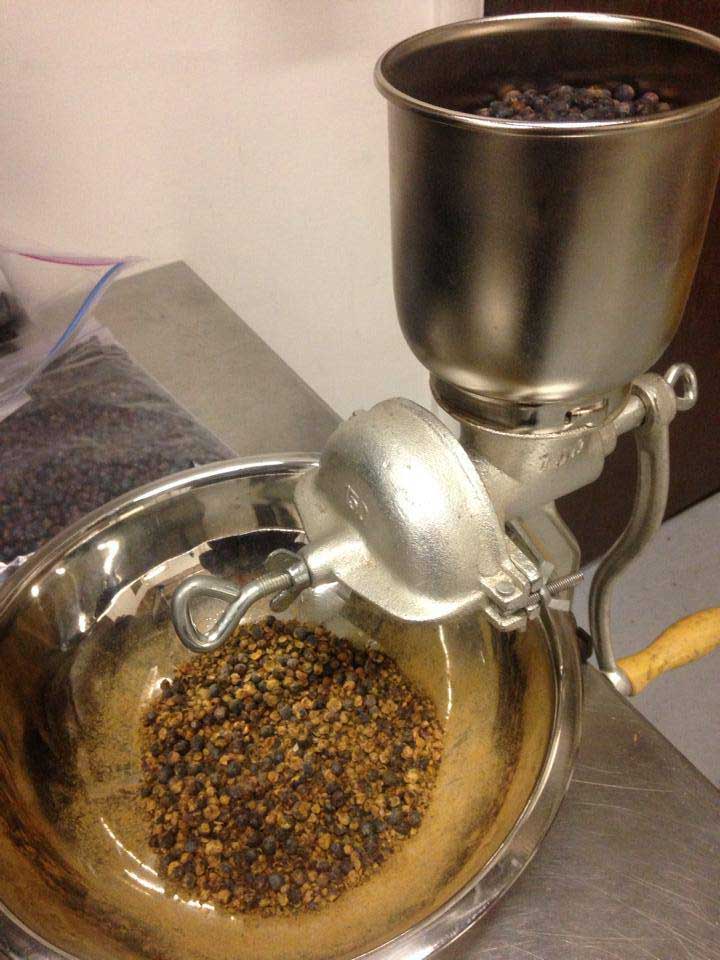 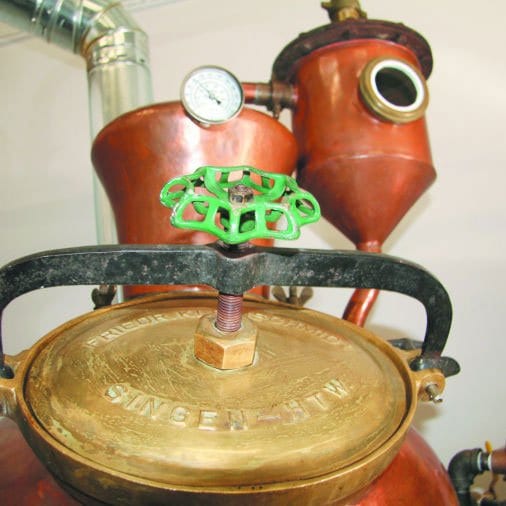 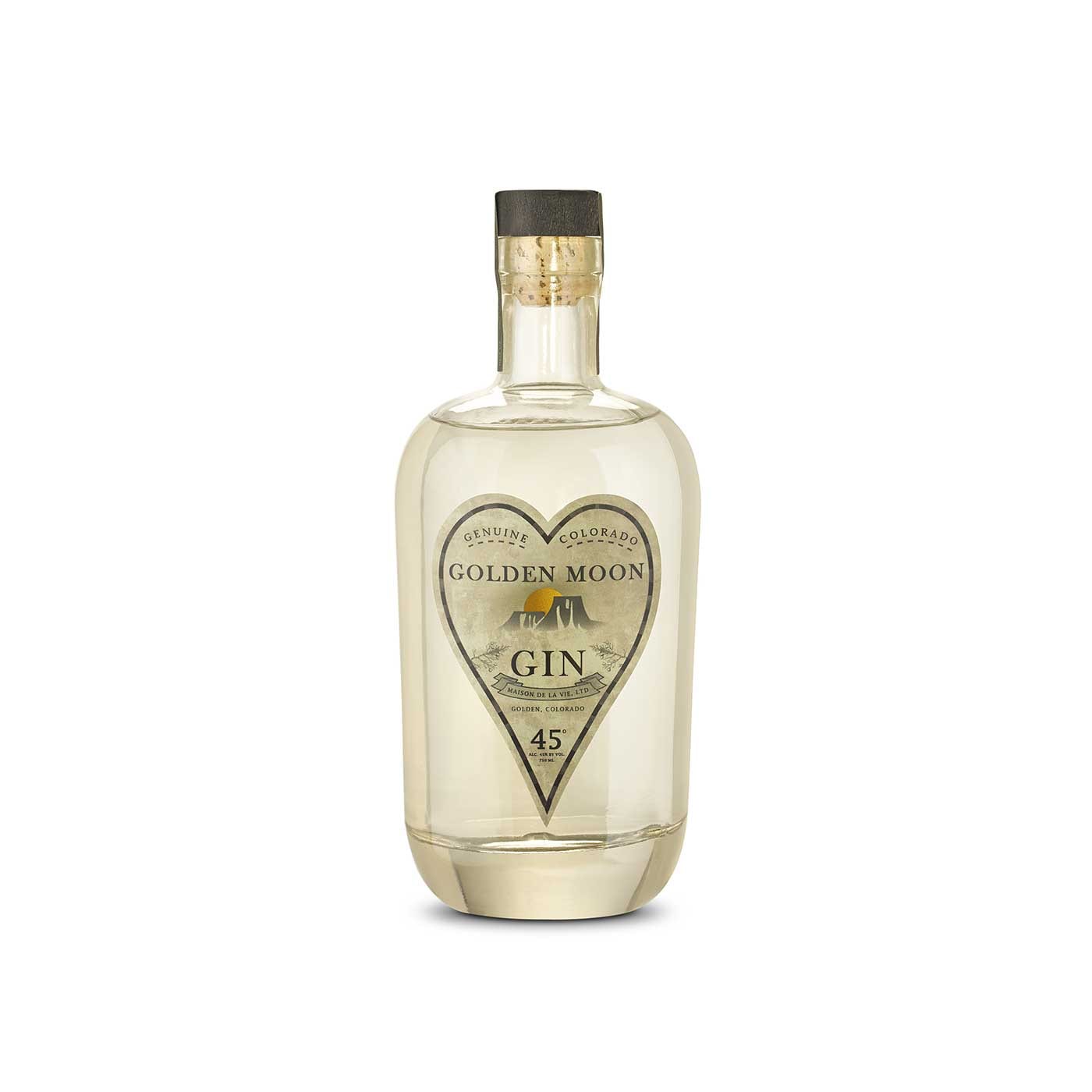 Golden Moon Gin is distilled using the finest herbs, spices and botanicals available, including wild-crafted mint and juniper berries, and locally grown herbs and botanicals from the Front Range of the Colorado Rocky Mountains near Golden Colorado in the USA.… 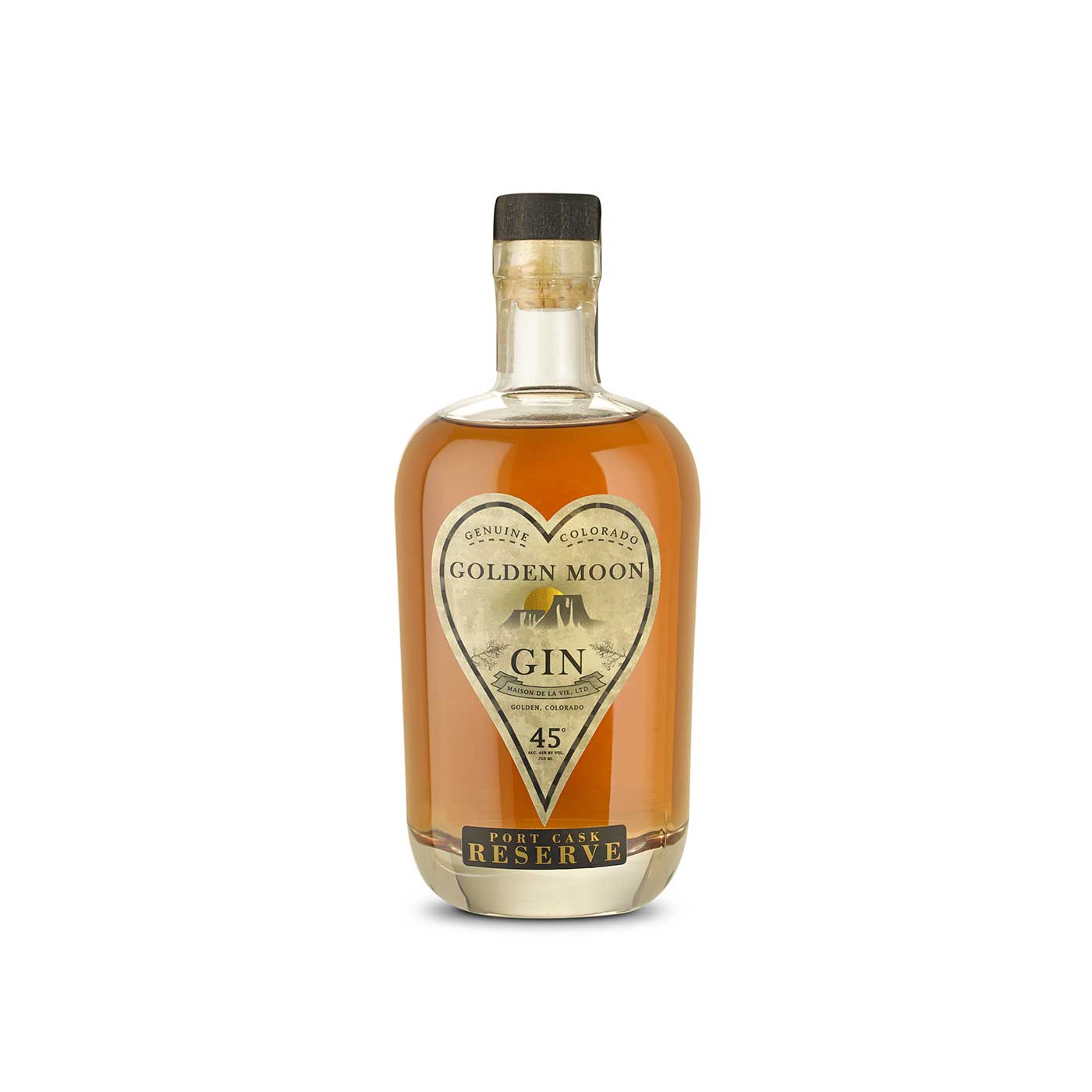 The team at Golden Moon Distillery start with their regular Golden Moon Gin, then they condition the spirit in wet port casks from one of the top port-style wine producers in Napa Valley in California. Using freshly emptied wet port… 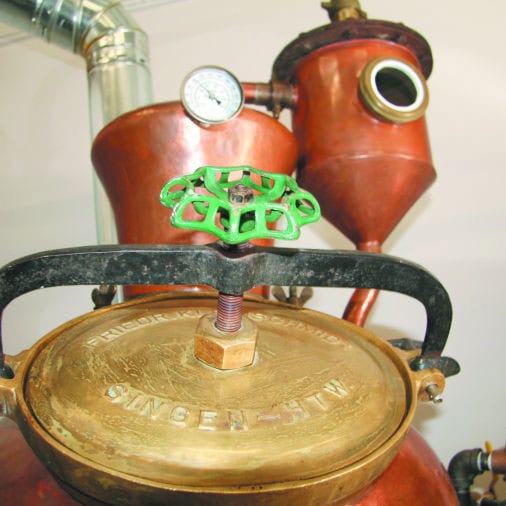 The heart of Golden Moon Distillery is their research library containing hundreds of rare books on distillation and related products and processes, some dating back to the 1500s. Most of the collection dates from the late 1700s to the early…

Golden Moon Distillery was founded in 2008 specifically to produce premium hand-crafted herbal liquors and liqueurs using the best available herbs, spices and botanicals, and made with the same type of artisan production processes utilised by distillers making premium products in the mid-to-late 1800s.

The heart of Golden Moon Distillery is their research library containing hundreds of rare books on distillation and related products and processes, some dating back to the 1500s. Most of the collection dates from the late 1700s to the early…