Just five years after he released his first 26 bottles of craft gin to mark Australia Day, Mark Marmont is moving out of his tiny distillery tucked away under the railway arches of Hackney Downs.

His new distillery nearby will be five times bigger, and his popular Fifty Eight Gin is undergoing a creative re-brand.

So how did an Australian with a dislike of gin become a successful distiller in London’s burgeoning, but crowded, gin scene?

“I got in early enough and with a quality product,” Mark laughs. He arrived in London from Australia 12 years ago, after deciding – as he was about to turn 30 – it was time he got a passport and travelled.

Initially he worked as a receptionist in an advertising agency and it was meeting his wife Joanne that committed him to the capital.

Living in Angel, Mark credits his ‘light-bulb’ gin moment to the friends he made frequenting the nearby 69 Colebrooke Row cocktail bar.

“I always drank rum and whisky cocktails but they encouraged me to try a Martini. I didn’t like gin, it was the taste of star anise and cardamom I disliked.

“That’s when I decided to make a gin that I did like. It had to work in a classic cocktail. It took me about a year and originally I made two different gins that I liked – one very savoury and one with a citrus flavour.”

With distilling knowledge gained from his laboratory experience in Australia, distilling canola (rapeseed) oil and other solutions, Mark set to work in the back room of his home.

He experimented with botanicals until he found the perfect blend, combining savoury and citrus flavours and rounding off with the smooth taste of vanilla. The traditional juniper flavour is complemented by coriander seed, angelica, cubeb pepper, lemon and pink grapefruit.

The elegantly-simple branding followed his mother’s long-standing advice of ‘keep it simple!’ The name 58 Gin represents his house number, the Angel wings reflect his home area of London, and the blue colour comes from the shimmer of his gin in the sunlight.

Soon Mark was establishing his 500 sq ft distillery in Hackney, where he now has three 60 litre stills named, after family members, Shirley, Eliza and Selena, and a 100l still named after Auntie Vera.

His first 26 bottles were released on Australia Day – 26 January – 2014. Orders, and production, have grown and grown – this year 58 Gin fulfilled a 23,000-bottle order for an Aldi craft gin promotion.

Mark is a purist and has remained true to the recipe that pleases his taste buds. His Navy-strength gin retains the same botanicals, and his sloe gin and apple and hibiscus pink gin are distilled.

His own favourite drink? “Martini, Martini, Martini”. He likes a garnish that complements his gin, lemon to bring out the citrus or an olive to highlight the savoury notes.

Mark’s popular distillery experience events are helping to build brand awareness. After purchasing several mini copper stills for a corporate gin-making day, he now promotes gin experiences where, after a sensory masterclass to introduce visitors to new flavours, they craft their own bespoke bottle of gin to wax seal and label themselves.

The future looks bright, with a new 450l Holstein still arriving when Mark moves to the new distillery in the Spring, and a return to the legendary Mo Coppoletta for a redesign of their label combined with new bottles. Discussions are already underway to move into export markets in Asia, and – eventually – Australia.

Mark says: “The UK market is very flooded, but fortunately we established ourselves early enough. Some people have over-invested. I think we will continue to see more small producers – I don’t believe the gin bubble will burst for now, gin is definitely here to stay.” 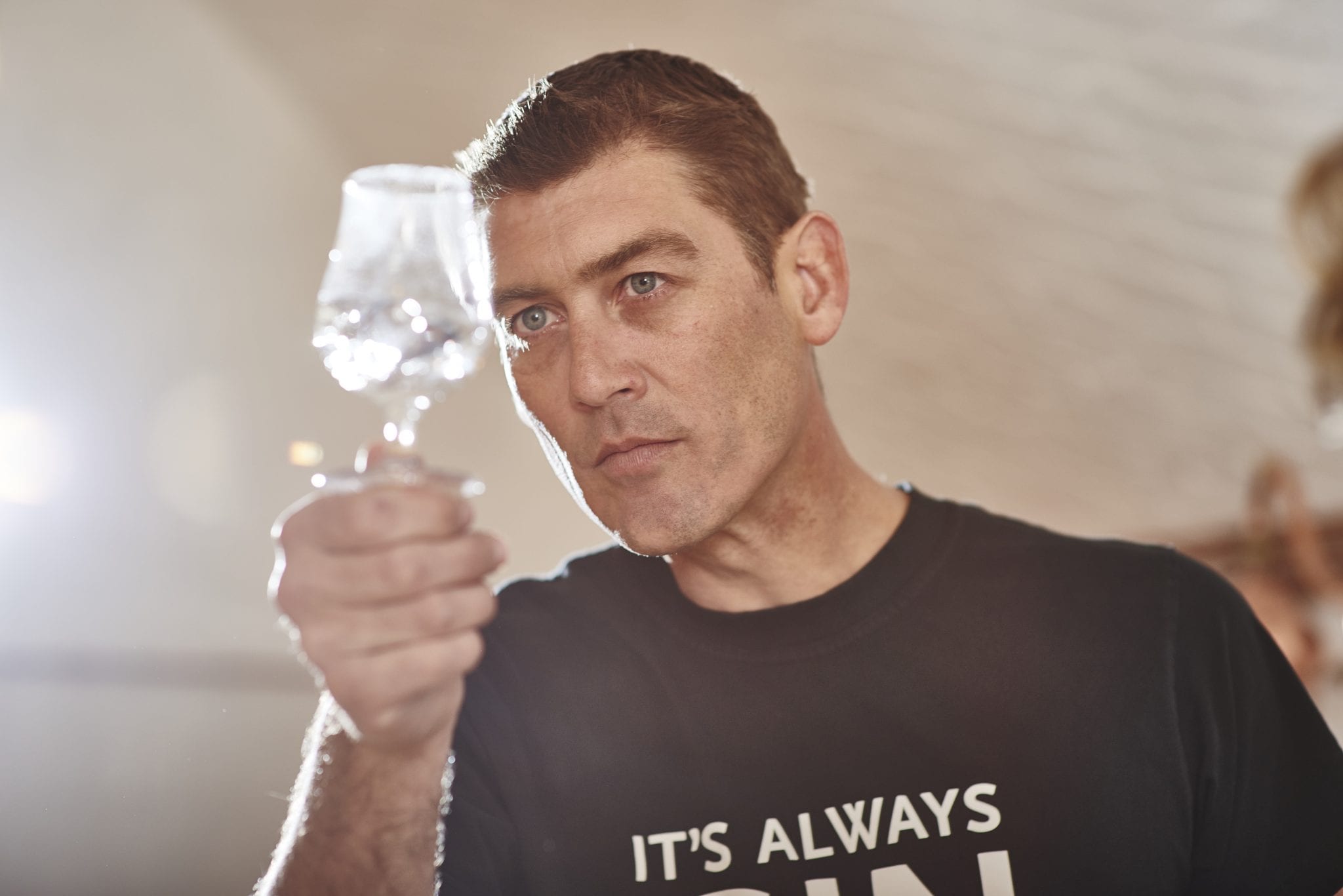 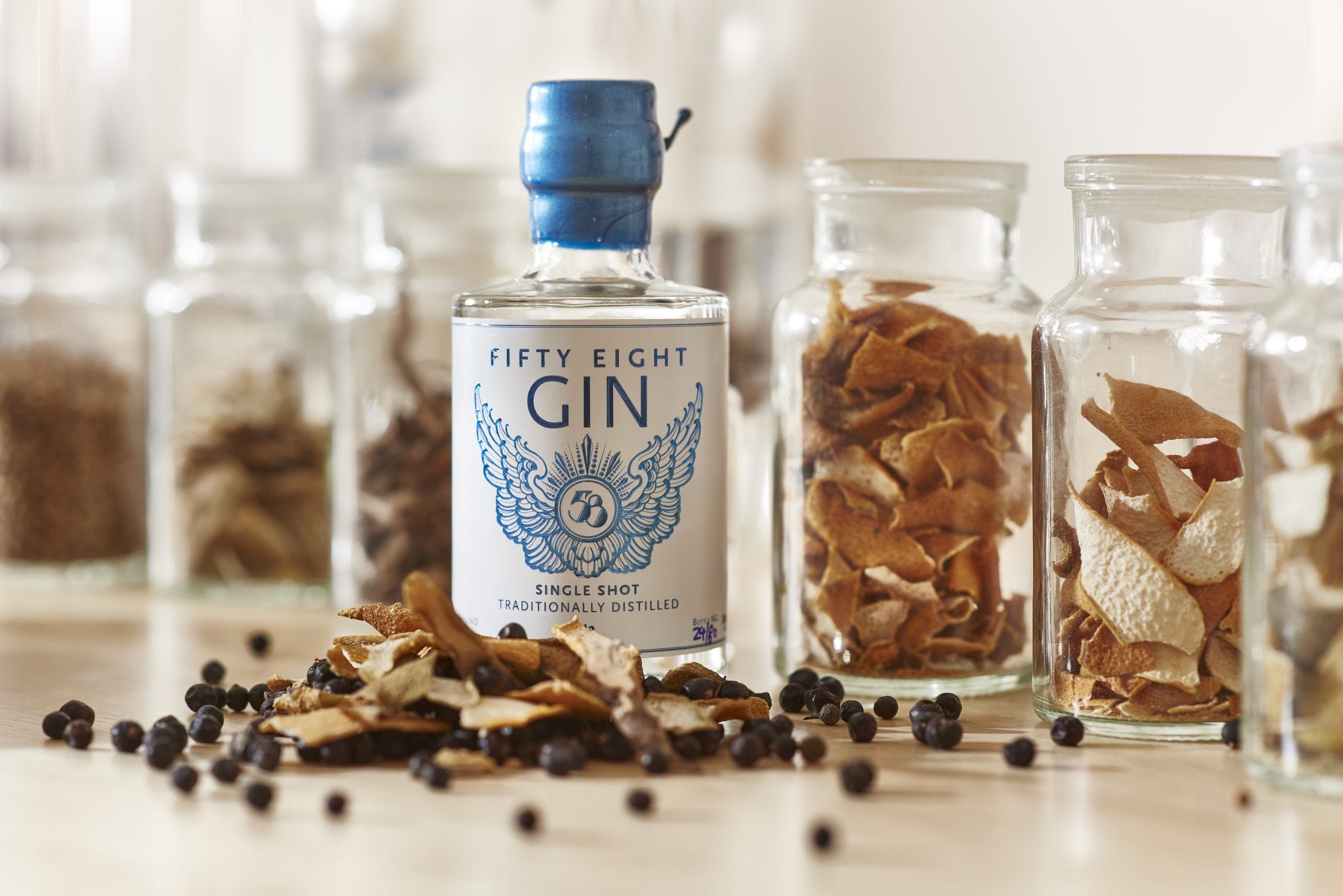 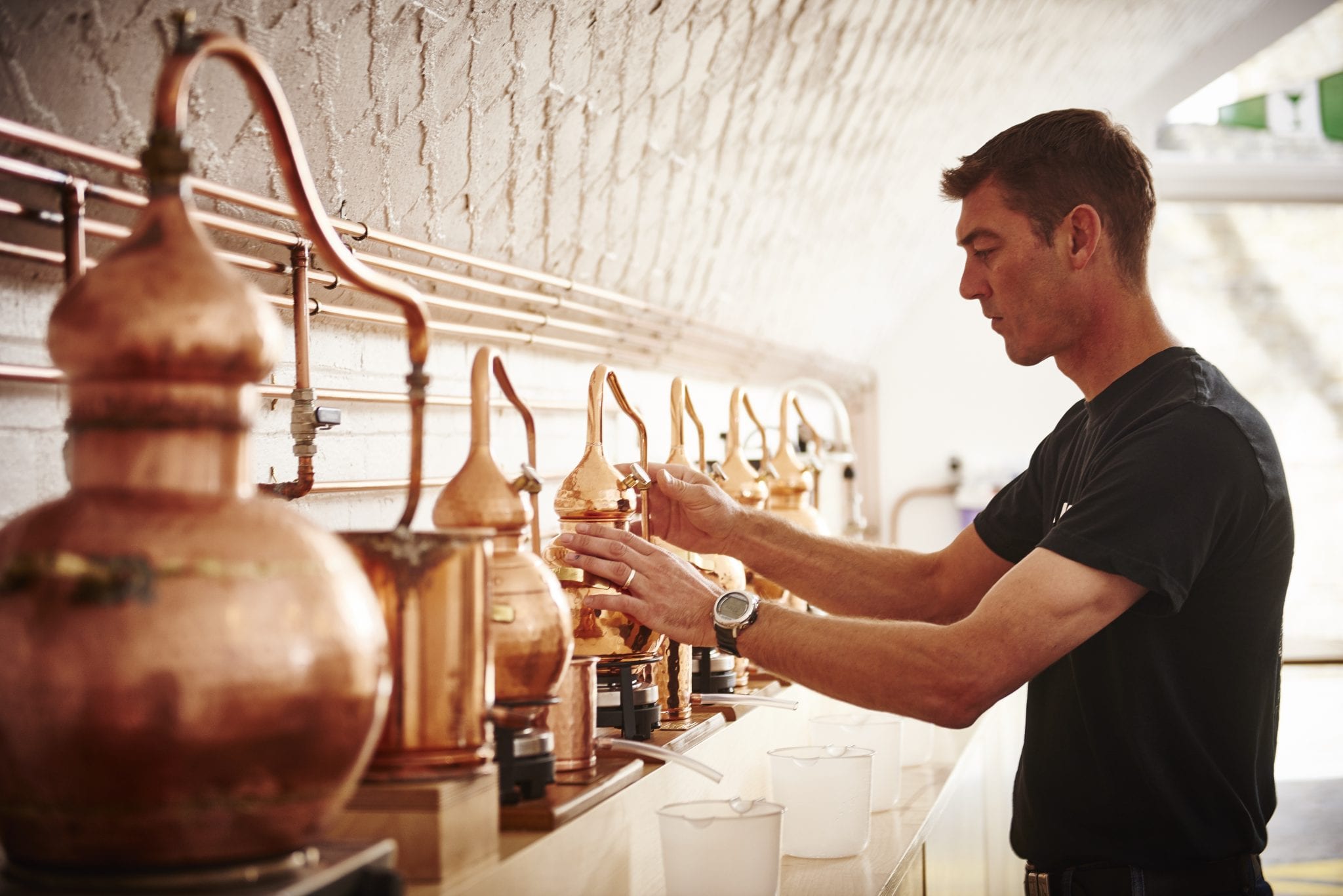 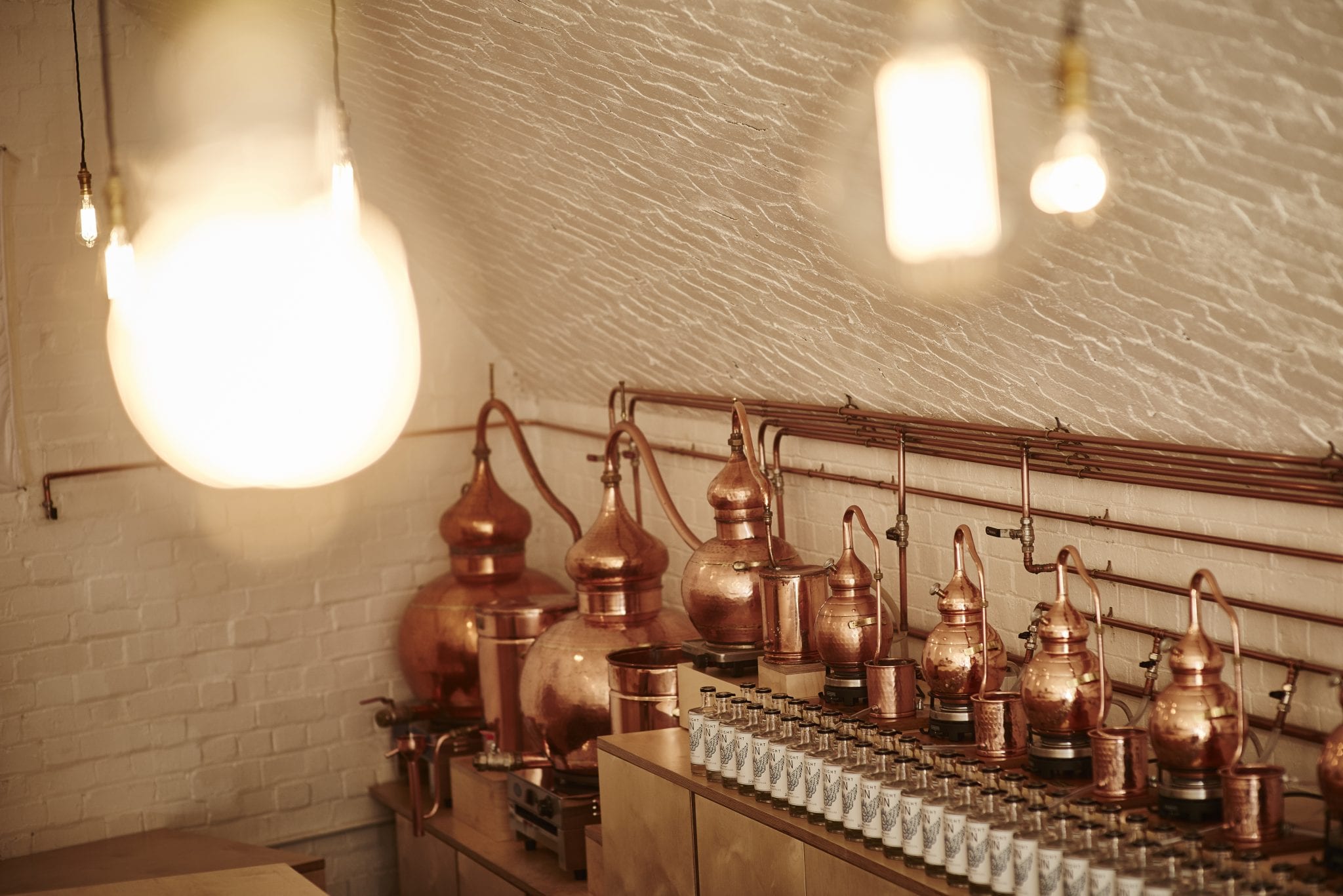 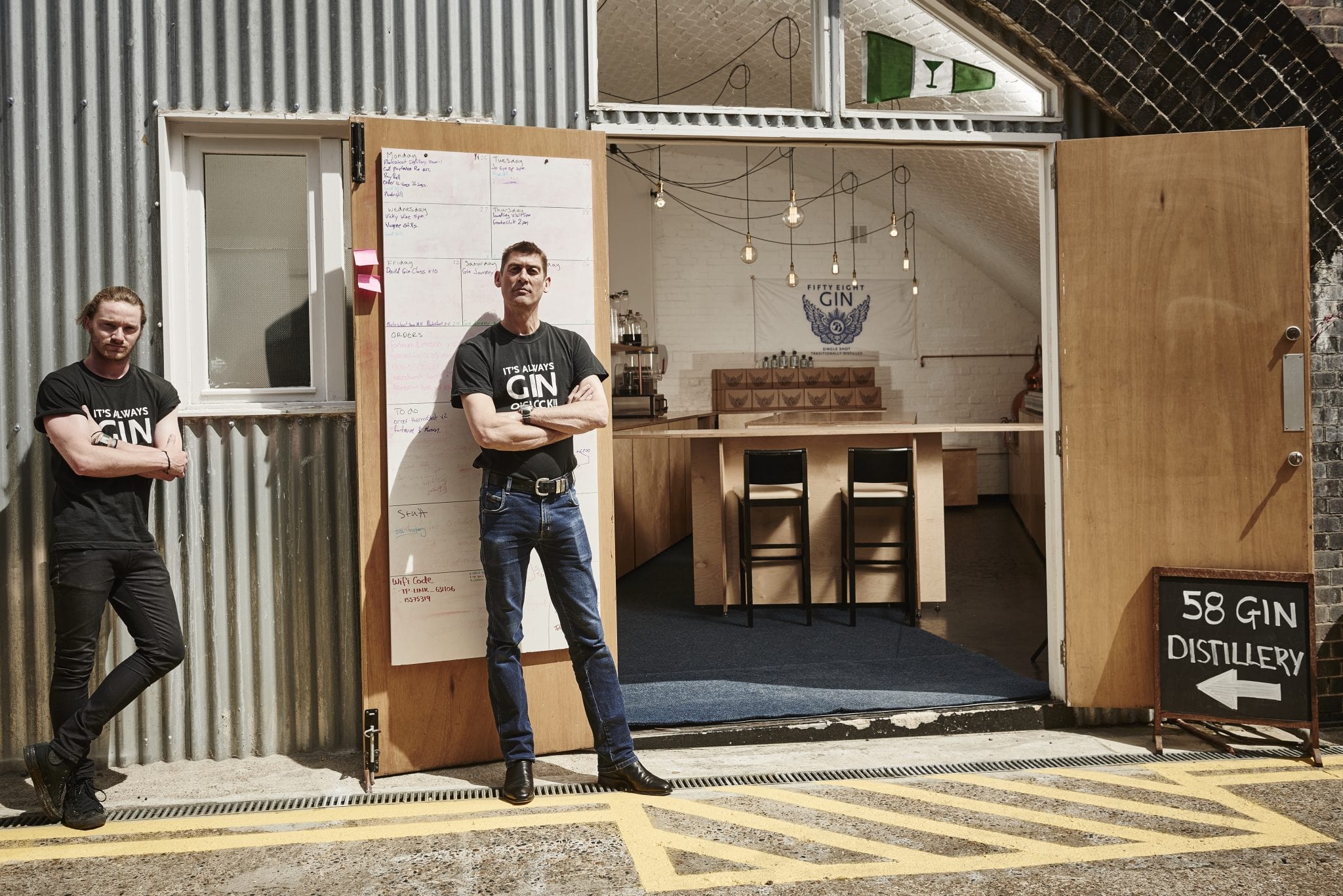