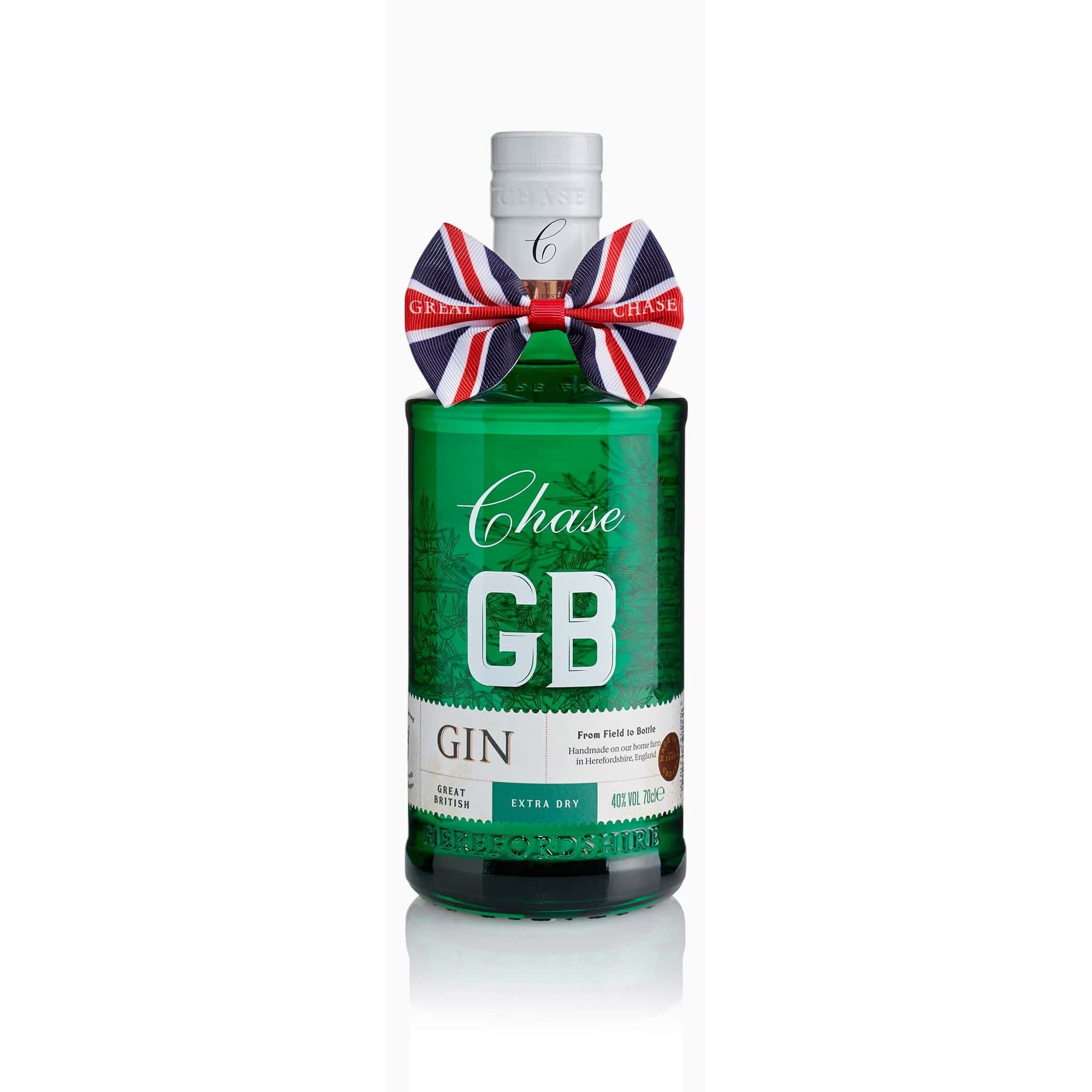 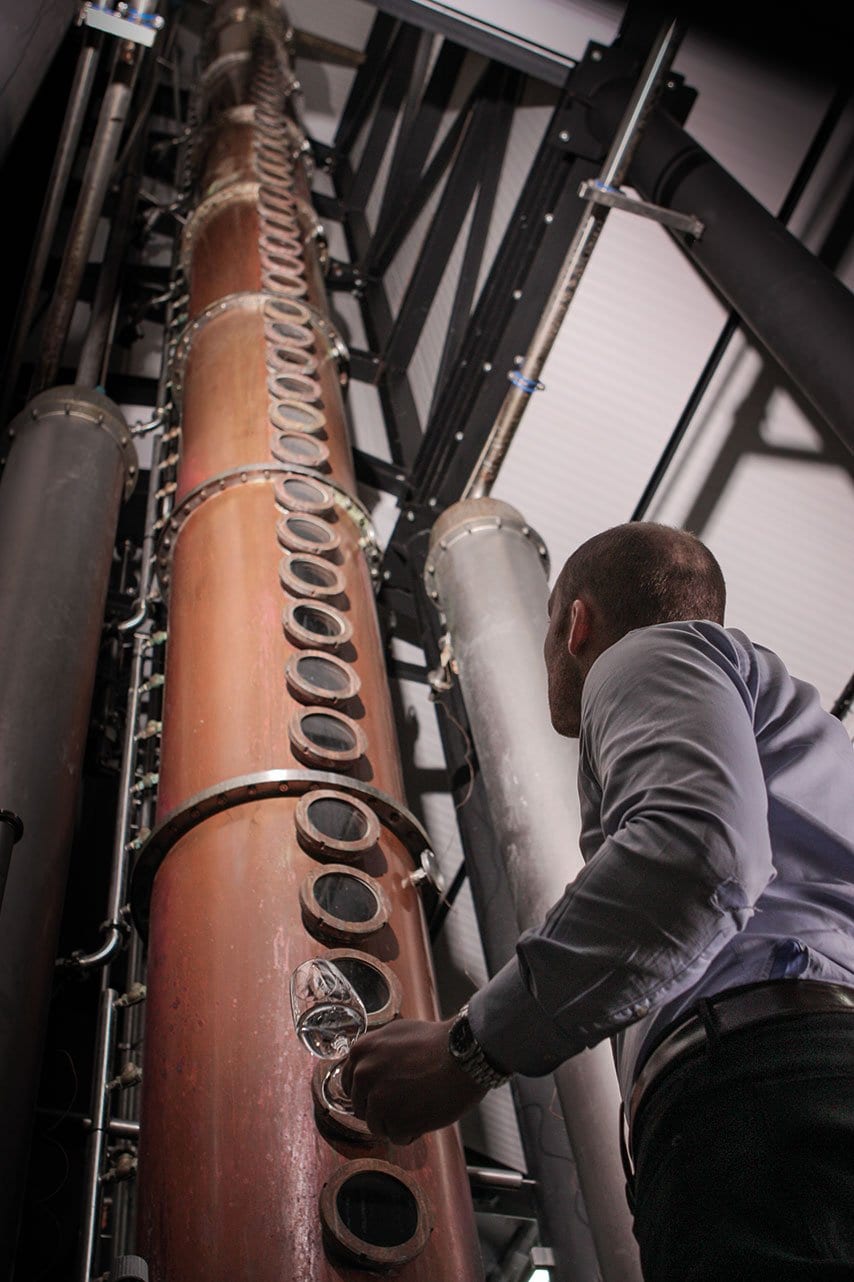 Chase Distillery believes the closer you are to the source of your food and drink the better it is for yourself and the planet. That’s why the potatoes grown in Herefordshire’s rich farmland have provided local farmer William Chase with more than one successful business.

The founder launched Tyrrells crisps in 2002 and enjoyed international success before selling to a private equity firm six years later. With capital in place, William considered the next venture he could launch with his abundant potatoes.

James Chase, William’s son and Head Brand Ambassador of Chase Distillery, explained: “Many of these potatoes were too small to be fried or too wonky to be sold, so my father wanted to do something different with them.”

William first became exposed to gin making during a trip to the United States in 2006, where he discovered the emerging craft spirit scene.

We decided we want to celebrate what grows best in our country like the Americans were doing”.

“Gin is, of course, made from re-distilling vodka, and it just so happens potatoes create some of the best around.”

James said: “Our Potato Vodka carries a certain marshmallow sweetness with a big mouth feel but isn’t neutral like gin spirit needs to be.

“Through trial and error, we went about finding and pairing juniper and nine other botanicals with this base via a one-shot distillation in a Carter Head Still.”

The resulting GB Gin is “tremendous” with tonic according to James. He described: “We love to serve it with plenty of ice, Fever-Tree Light Mediterranean Tonic and a thin slice of ginger, one of the main botanicals.”

The distillery also creates a range of flavoured gins, including the Chase Pink Grapefruit & Pomelo Gin and Chase Rhubarb & Bramley Apple Gin. The family strives to stay true to what makes gin great with this range and avoids common additives.

James said: “We don’t include any added sugar and juniper is still very much at the forefront of the pallet.

“Our flavoured gins have been immensely popular over the summer months, especially Pink Grapefruit and Pomelo.”

Chase Distillery does source outside Britain to develop the best flavours for its citrus-based gins. James explained: “Like our other traditional botanicals, these citrus fruits are sourced from warmer climates, however our Rhubarb and Apple gin is sourced from blighty.”

Although Chase Distillery started with a limited budget, it had an early start in Britain’s competitive gin space so became known through extensive networking, word of mouth and tours of its distillery, which are more prevalent than ever today.

James said: “We have always championed getting bartenders and consumers to taste our spirits at events, bar trainings, in-store samplings and of course at our distillery.”

Tours of Chase Distillery’s beautiful Herefordshire farm have seen dramatic increases every year, which James attributes to shifting consumer behaviour. He said: “Consumers are increasingly aware of where their favourite brands are made. The more visitors we can attract, the more they can see into our unique distilling process, from field to bottle.

In future years we hope to attract 15,000 visitors a year through the distillery gates.”

The brand makes the most of its acres by inviting 1,500 bartenders across the world to its annual festival Rock the Farm.

Chase Distillery’s digital presence has become as important as its tours and events. The brand actively uses social media to reach consumers and foster a loyal following near and far.

James said: “It allows us to control and tell our unique story to our close community. Lydia, who heads up our social media, grew up on the farm next door and does a terrific job championing our unusual approach to making gin from scratch.”

While the brand has capitalised on increased consumer awareness with its popular distillery tours and strong community presence, James and his family know not to rest on their laurels.

James said: “Gin has definitely secured its spot on the bar, but I do see a lot of consolidation around the corner.

“Consumers’ knowledge has vastly improved and with this will come more discernment. With rum and tequila on its heels, there will only be added interest and pressure.”

Chase Distillery plans to keep research and development at the centre of its business to offer its large consumer base more ways to enjoy gin.

James said: “Oli and his team of distillers are forever researching in our on-site lab for further improvements to taste and quality, from enzymes used in fermentation to the next crop of juniper chosen.

“We’ll therefore be releasing a few limited-edition gins this year – but those are of course top secret!”

One of these new gins may become James’ favourite, but for now, true to what Herefordshire grows best, he chooses Chase Distillery’s gin made from 48 varieties of apples.

He concluded: “A dream drink would be an Elegant 48 Gin martini served at The Pig Hotel in Brockenhurst. I’d be enjoying one before going through to the restaurant to enjoy a feast with close friends.” 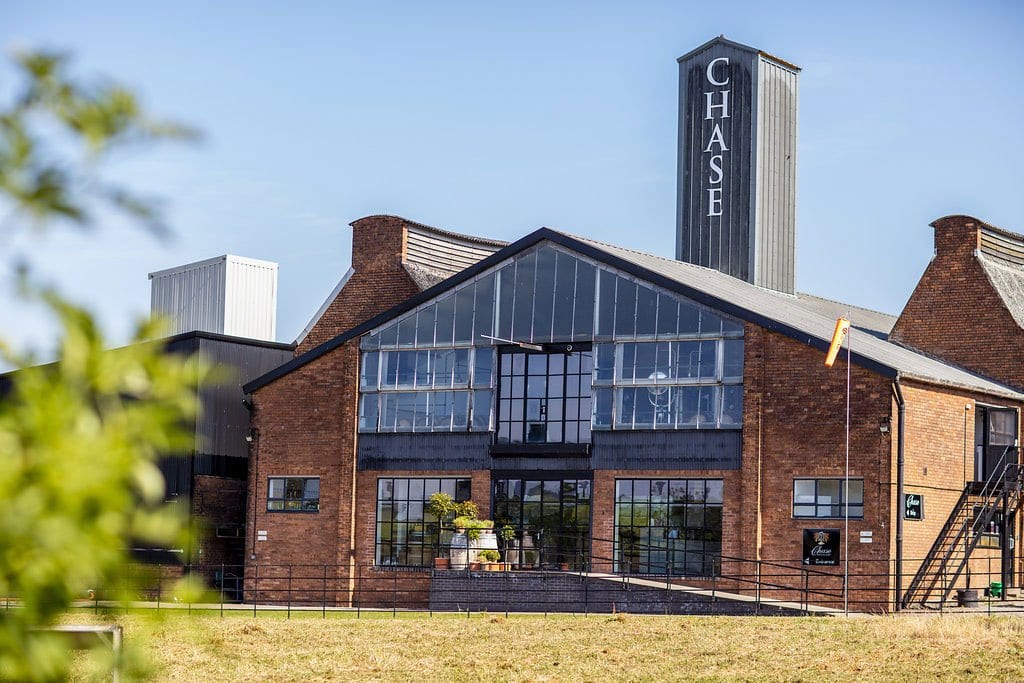 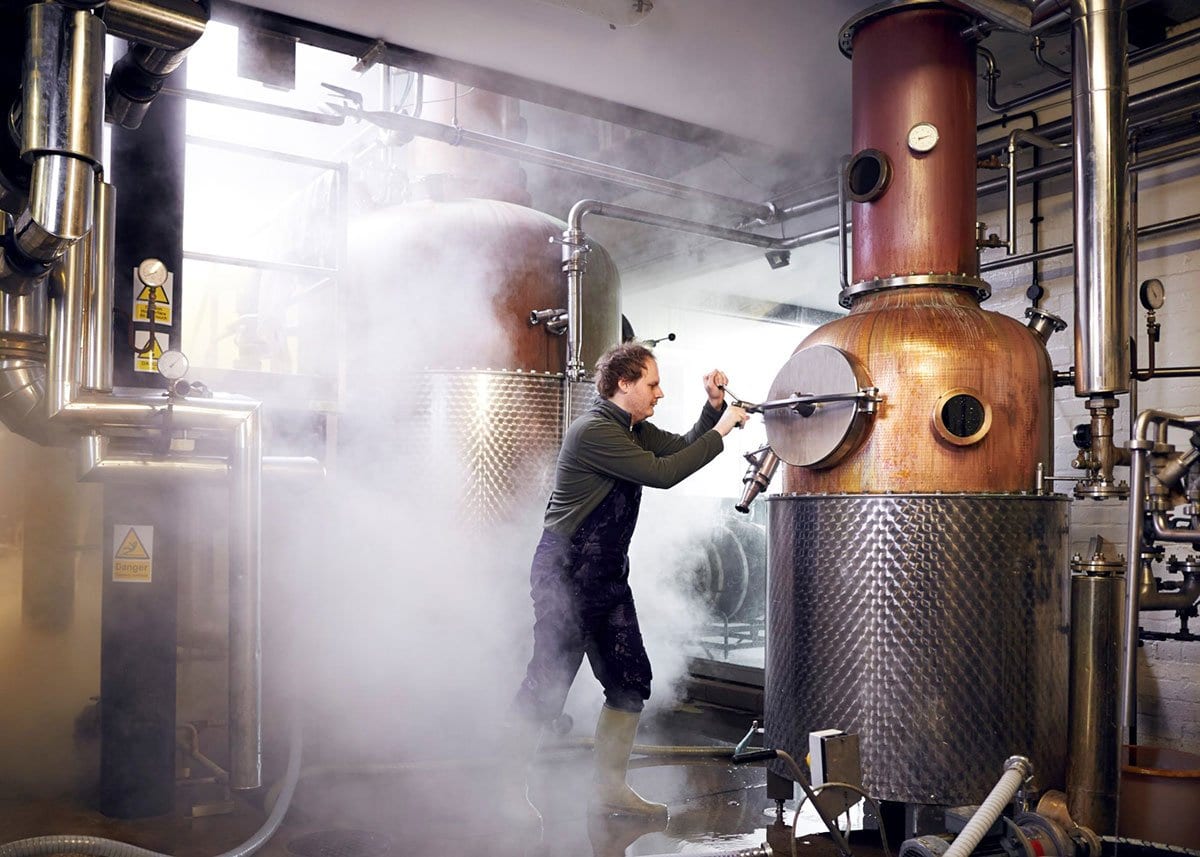 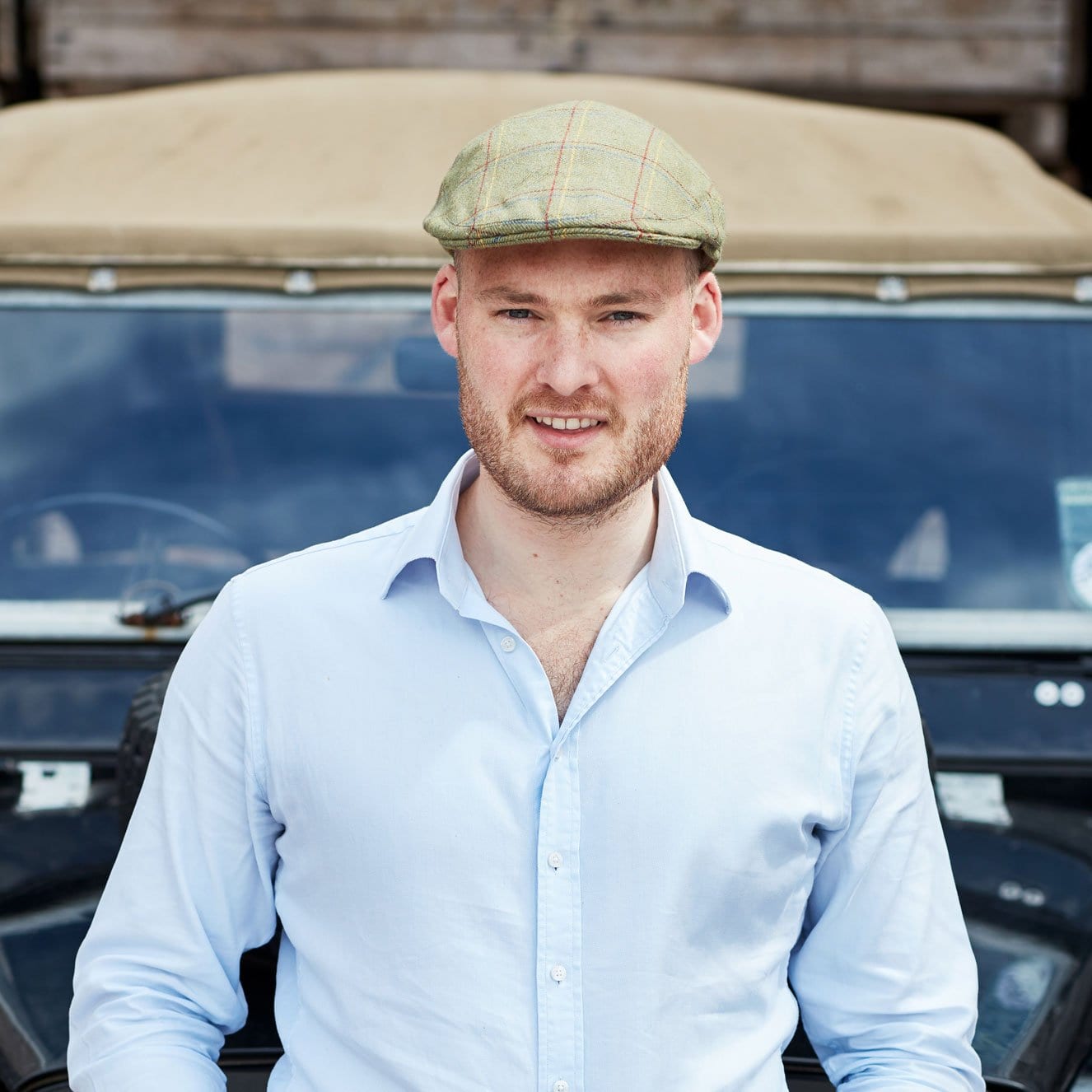 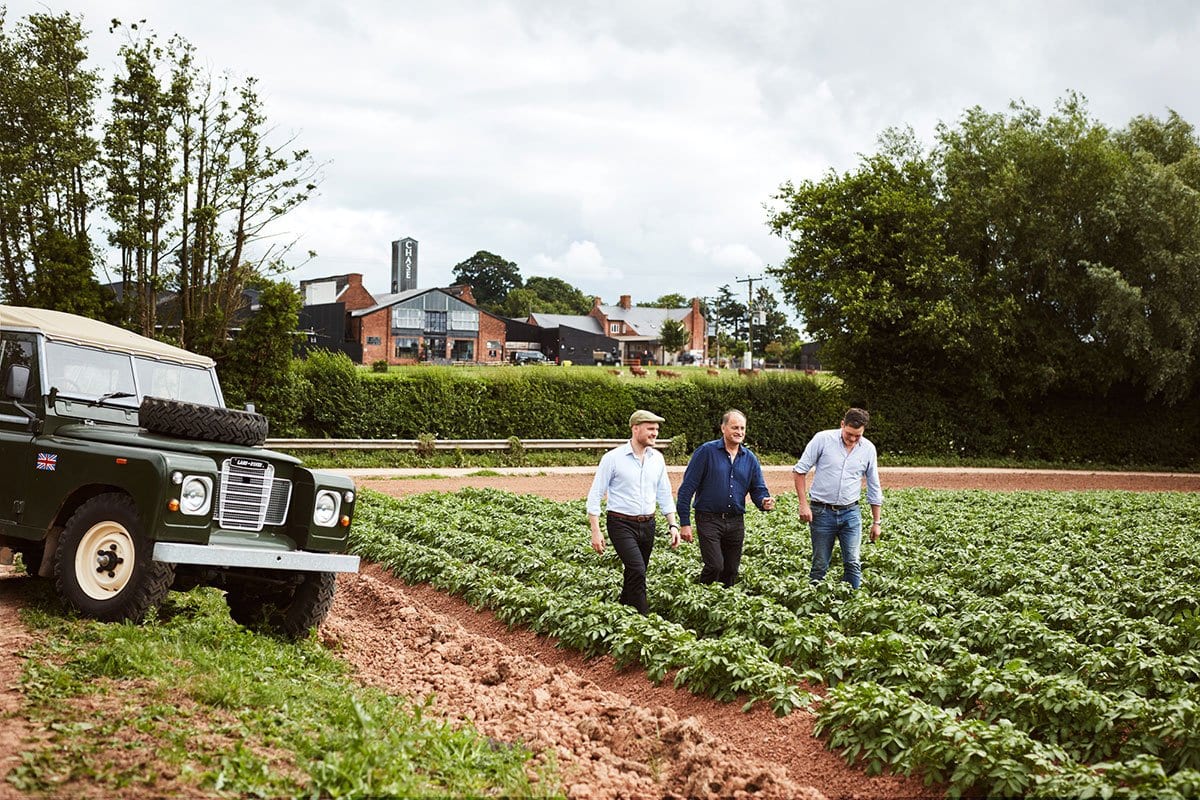 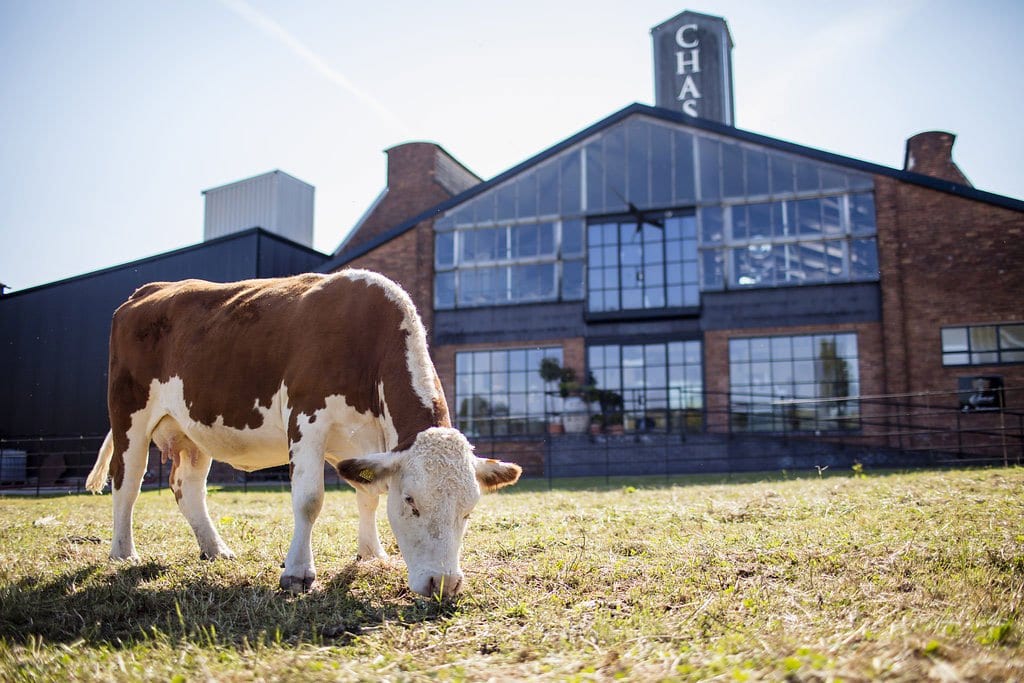 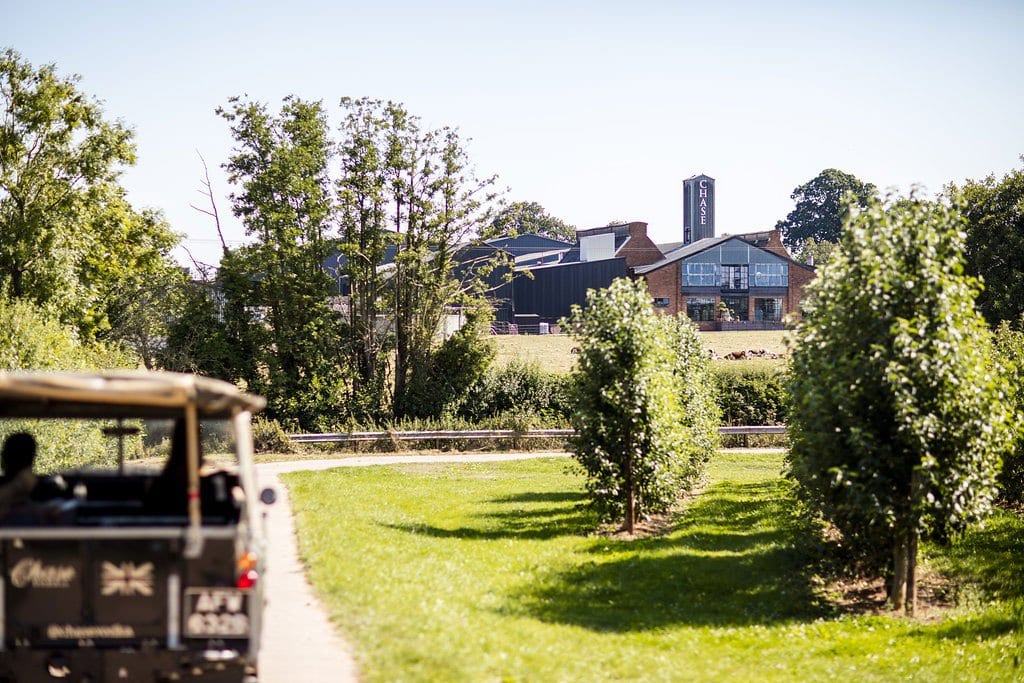 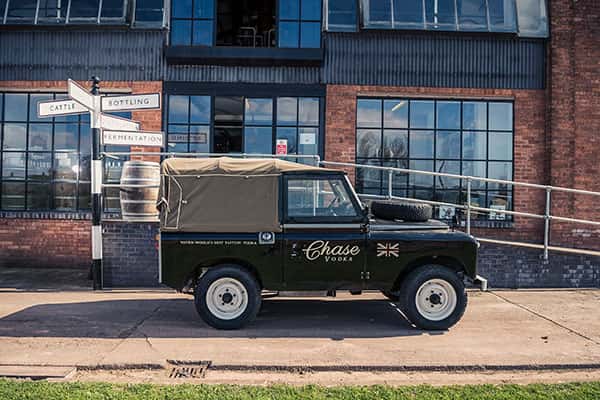