The World Atlas of Gin

Neil Ridley and Joel Harrison have seen a lot over their 12 years of award-winning writing about gin and gin making. But from oyster shells being used in Japan to pisco brandy in Peru, their global trek to write The World Atlas of Gin unearthed much more about the spirit’s versatility and how different cultures use it.

The writing duo thank the recent global gin boom for their wealth of findings, something they found hardly surprising given the spirit’s accessibility. Neil said:

It’s a much more democratic spirit compared to others, you can do so much with it.”

They fell in love with the liberalism themselves while exploring different bar cocktails as freelance writers. Neil explains: “We found it doesn’t come with the trappings and conventions of whiskey, for example.”

Neil and Joel’s notion was proven double-fold upon discovering wild combinations across 50 countries while writing The World Atlas of Gin. Africa served as a prime example, which the book describes is “as geographically diverse as it is from a culinary perspective.” Joel explained: “Some gins, like Hope On Hopkins from Cape Town, use unique flavours from Africa, such as buchu [from the Agathosma family of plants] that you just won’t find anywhere else.”

The pair, both members of The Gin Guild, didn’t always have to travel far to quench their thirst for innovation. Germany, for example, has made a name for itself by marrying the past with the present. Neil said: “Germany is putting new juniper-heavy recipes into old distilleries typically used for fruit brandies.” The result is brands like Monkey 47, whose name comes from the 47 botanicals distilled in an old Arnold Holstein distillery to give it a citrusy taste.

From Africa to Europe and the US to even the Middle East – which the book admits isn’t “the first destination one would link to gin production” – Neil and Joel have found success stories just about everywhere. The variety means the spirit encapsulates countries and regions to drinkers like no other. Neil said: “One of the biggest advantages of gin is the storytelling element. Gin can be linked to a place through the personality of the distiller, whether that be parts of America with base spirits derived from apples or the classic rye base of the mid-west.”

However, whether it’s Chicago-based distillers using a three-grain mash or Peruvian ones utilising pisco, a brandy usually made from a variety of aromatic grapes including Quebranta, Neil believes there’s an important common denominator in gin production: “It’s all about keeping rooted within the heart of juniper but using it as a stage to play a different tune on.” He points to Portland’s Aviation Gin as brand that’s struck the right balance between innovation and staying true to the spirit of gin: “The juniper is right there, but nicely balanced by this unusually medicinal note, which comes from the sarsaparilla root.” 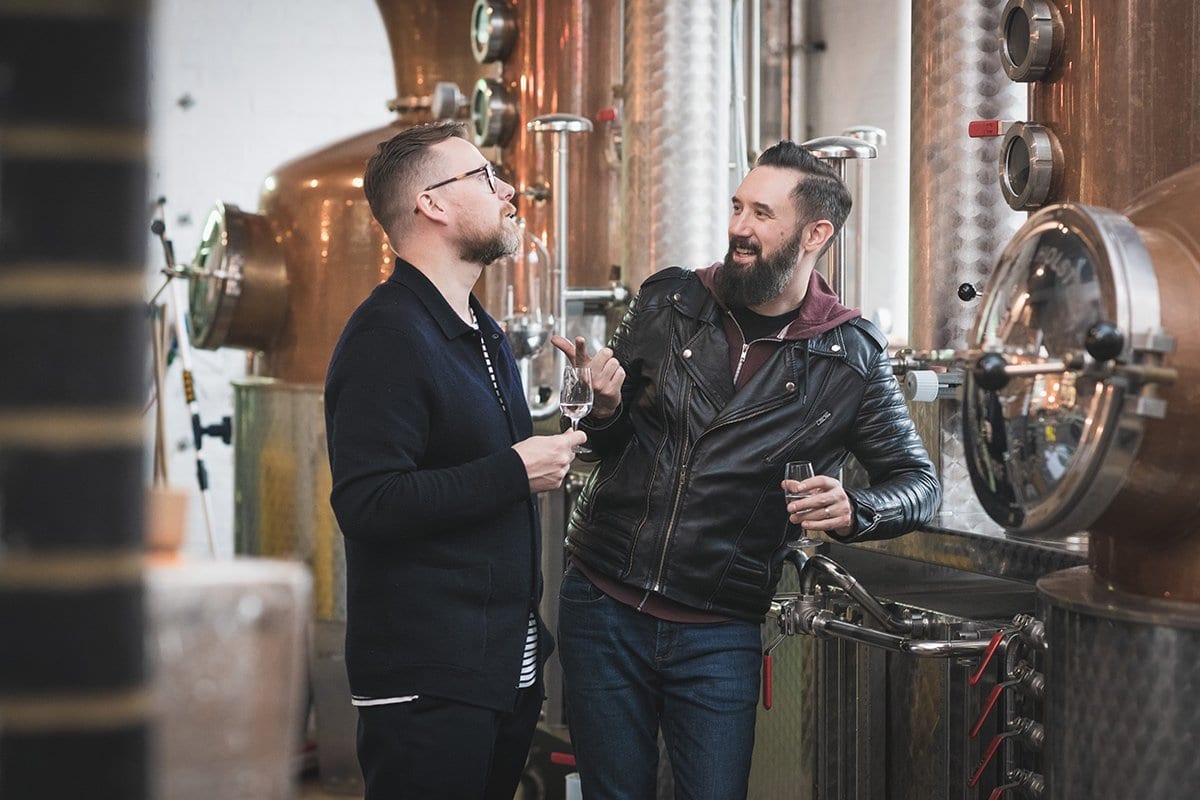 Indeed, Neil and Joel discovered a fine line between gimmick and innovation when it comes to gin making. Joel said: “All these wonderful ideas must have an actual impact on flavour. I don’t want to read another story about hand-foraged gins,” he smiles. “That’s now become an really overused story.”

But gimmicks are relatively rare with plenty of genuine innovation. One need only look to the States and its craft market to see the future is creative and bright for the industry. Joel said: “There are literally hundreds of smaller distilleries pushing the envelope with less juniper-heavy tastes in favour of botanicals and it’s thriving.” It’s helped make the nation the world’s second biggest consumer of gin, and Neil and Joel expect Canada to follow the success.

Joel is pleased to see young people increasingly reading, writing about and drinking gin as a result of the options available. He said: “I think there’s a new generation coming through in their mid-twenties that are moving away from the likes of beer.” Neil’s seen the shift through the hundreds of tasting sessions they’ve hosted over the years: “Five or ten years ago, hardly any young people had been to a distillery of any kind when we asked. But ask now and it’s common to find that they have visited at least one, usually locally based.”

With 50 countries mapped and fresh interest in gin surging, Neil and Joel’s quest isn’t stopping any time soon. Neil concluded: “At the rate new gins are being developed, our job as writers is to explore the growing list and help the consumer understand what they’re drinking and drink a bit better.” 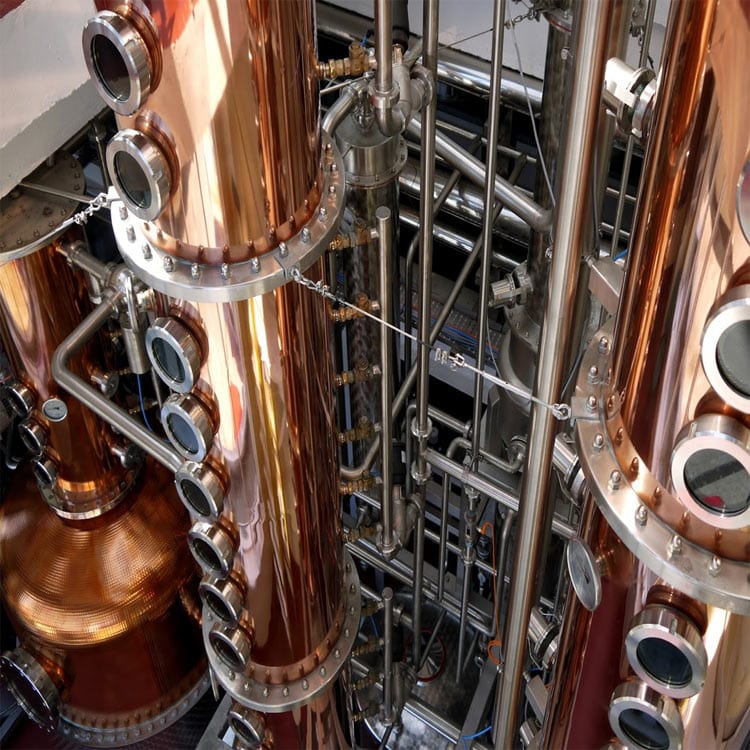 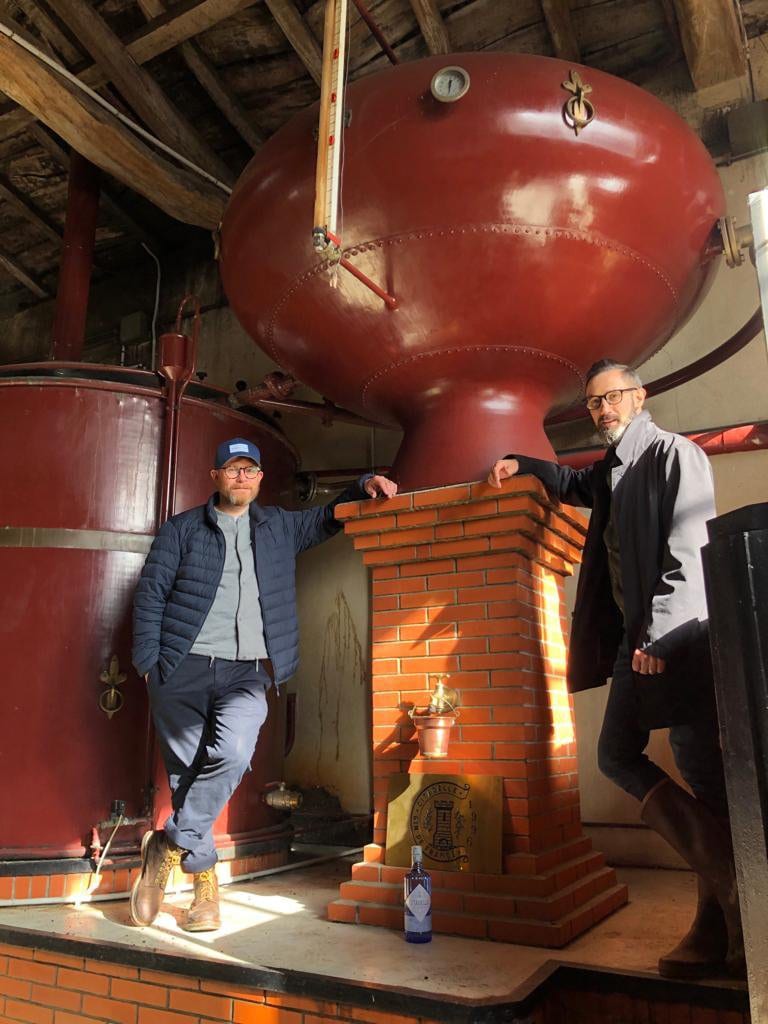 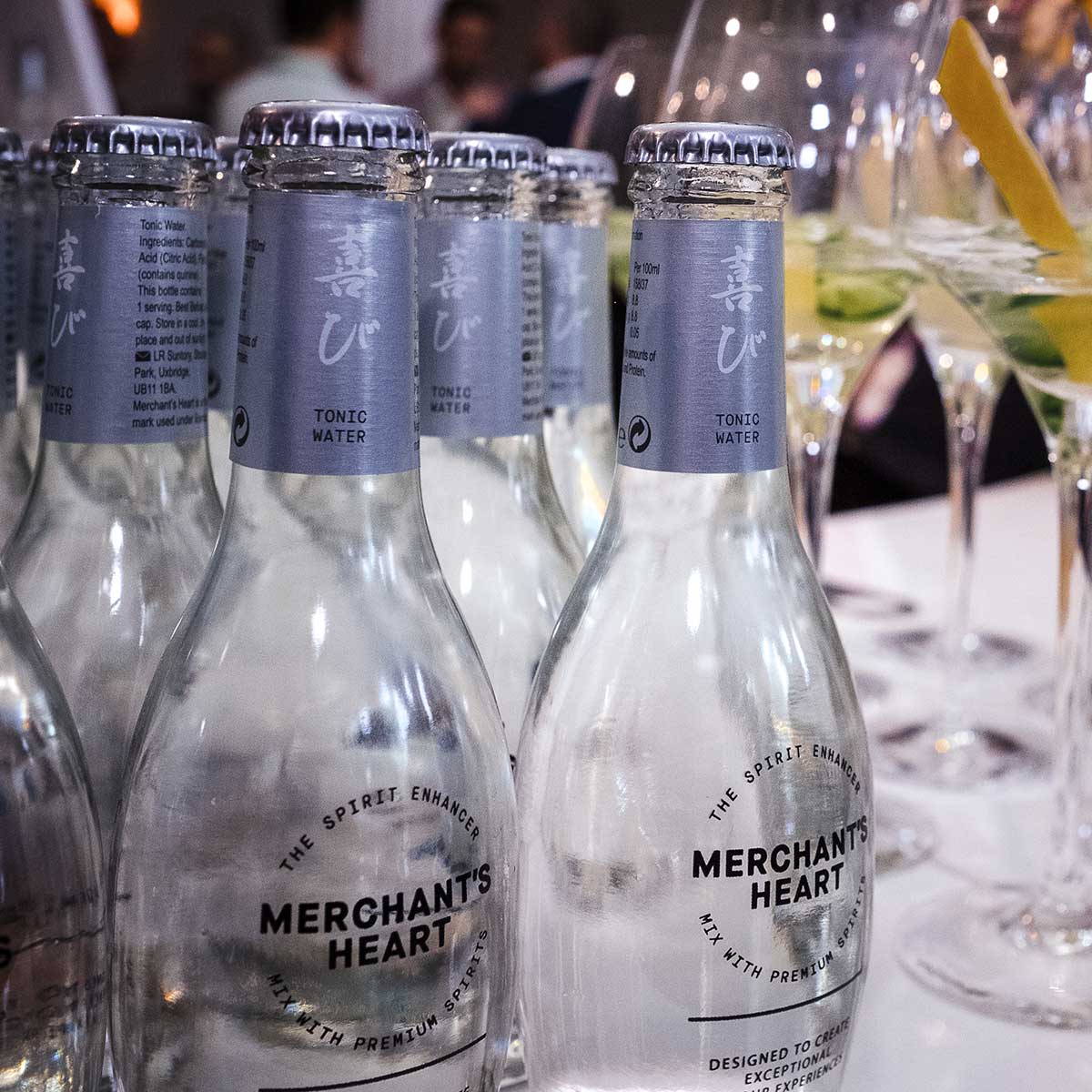 Whether it’s a combination of grapefruit and rosemary, bitter orange and elderflower or even rhubarb and hibiscus, there has never been such a wide choice of flavoured tonics and premium mixers to give gin drinkers something to salivate over. With the industry riding a sales boom, partly thanks to the new varieties of premium mixers on offer, the Director General of the Gin Guild Nicholas Cook says mixologists and bartenders are being spurred into trying new and exciting combinations to… 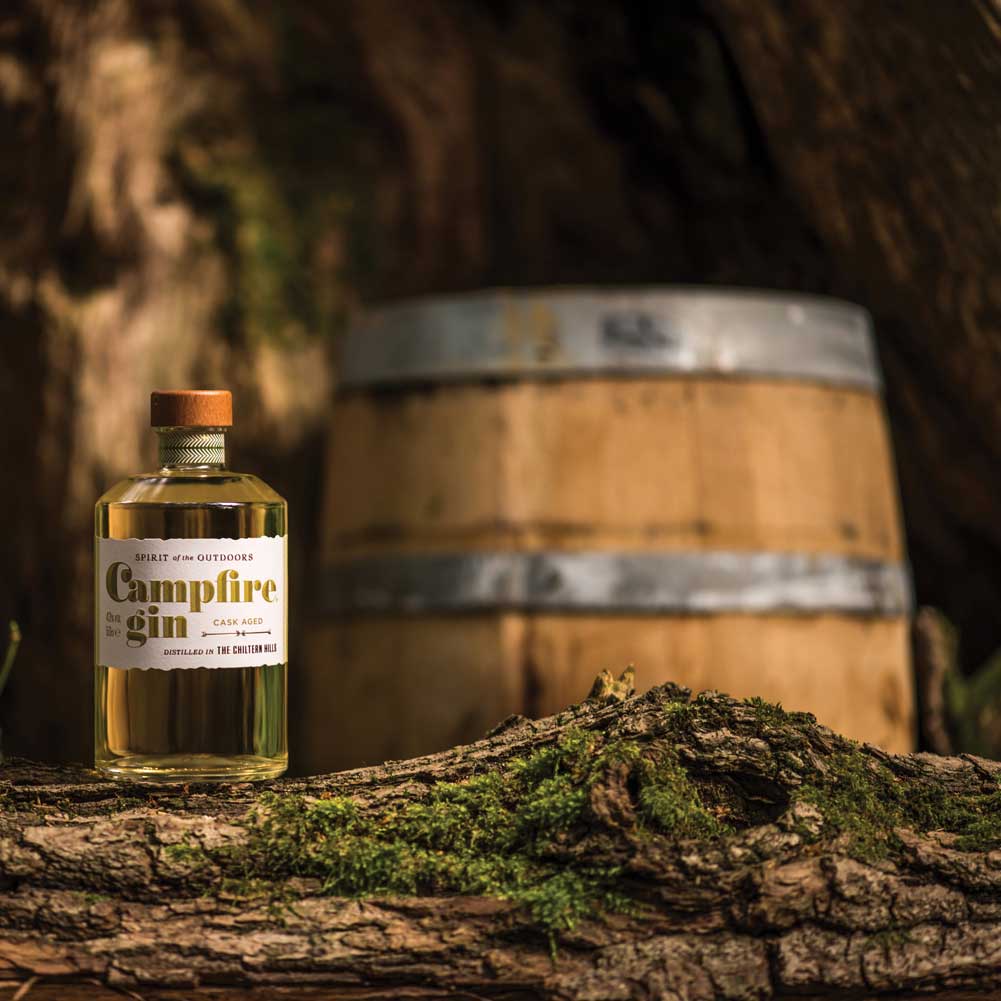 An introduction to aged gin

When it comes to my tipple of choice, I’ll always pour myself a straight whisky. I like the simplicity, the concentration of flavour, and the way it can develop, gently warmed, in the glass. Recently, however, I’ve been exploring other aged spirits: Cognac, Armagnac, and moving onto Aged Gin. I’ve tried a fair share of un-aged gins and, although I have some definite favourites, many don’t have the warmth or development of flavour that I crave. Aged Gins, however, which… 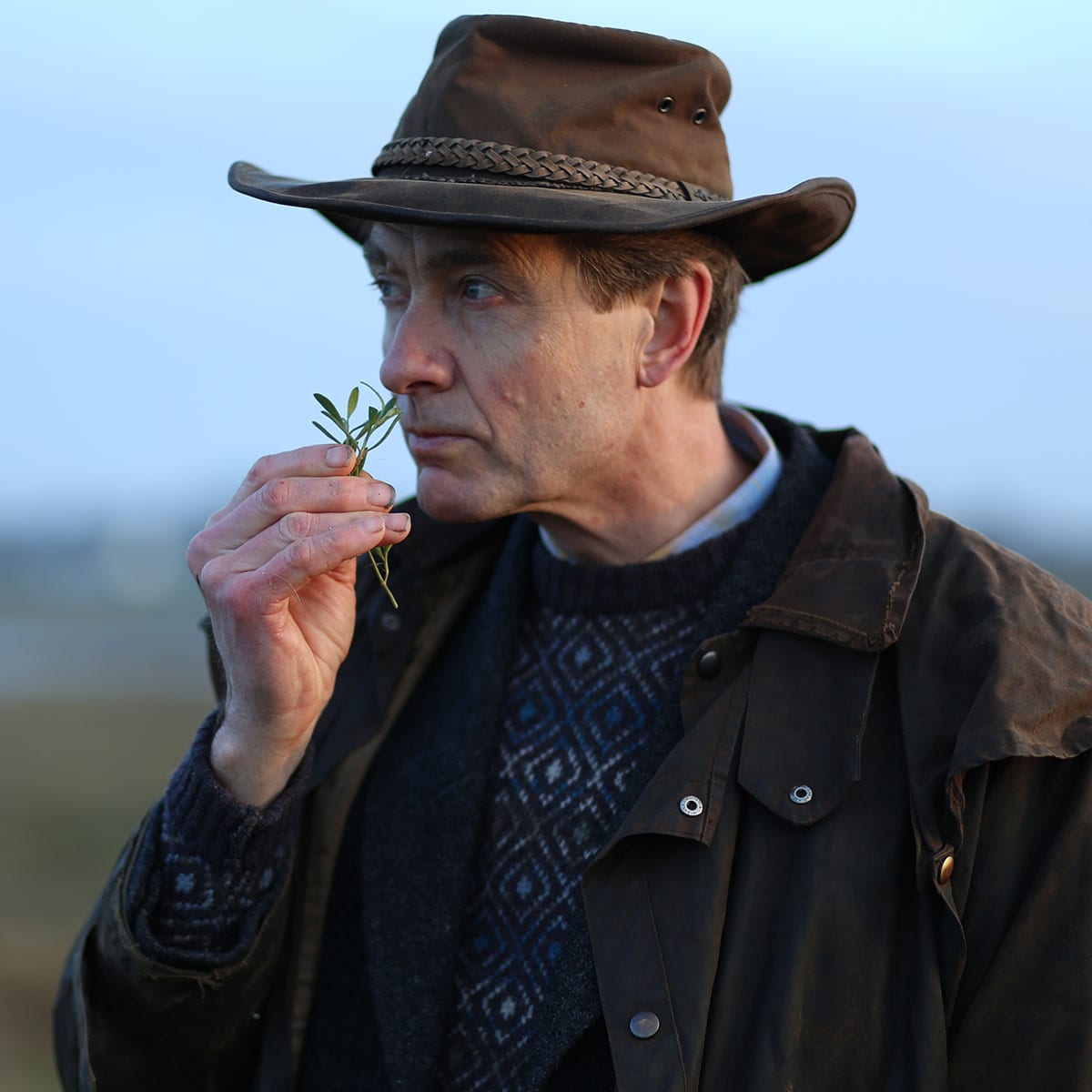 Botanical bounty: good for the industry or confusing for the consumer? Botanist James Firth’s passion for plants and their environments was the perfect match for Fishers Gin which prides itself on the flavours of the Suffolk coast. Oxford graduate James forages for botanicals including Spignel, Rock Samphire and Bog Myrtle to capture traditional and often forgotten flavours. Committed to ethical and sustainable sourcing, he cultivates rare botanicals where there is any risk to wild populations. James spoke to The Gin…