Whereas pink gin has historic origins from the mid-19th Century, when gin was mixed with Angostura Bitters, the modern iterations gain their pinkness – and, for some, the sweetness – from a variety of succulent summer fruits.

But is the pink gin passion just a fashion, or is it here to stay? The Gin Guild spoke to Stephen Marsh, MD of Pinkster and Tom Warner, Founder of Warner’s to find out. 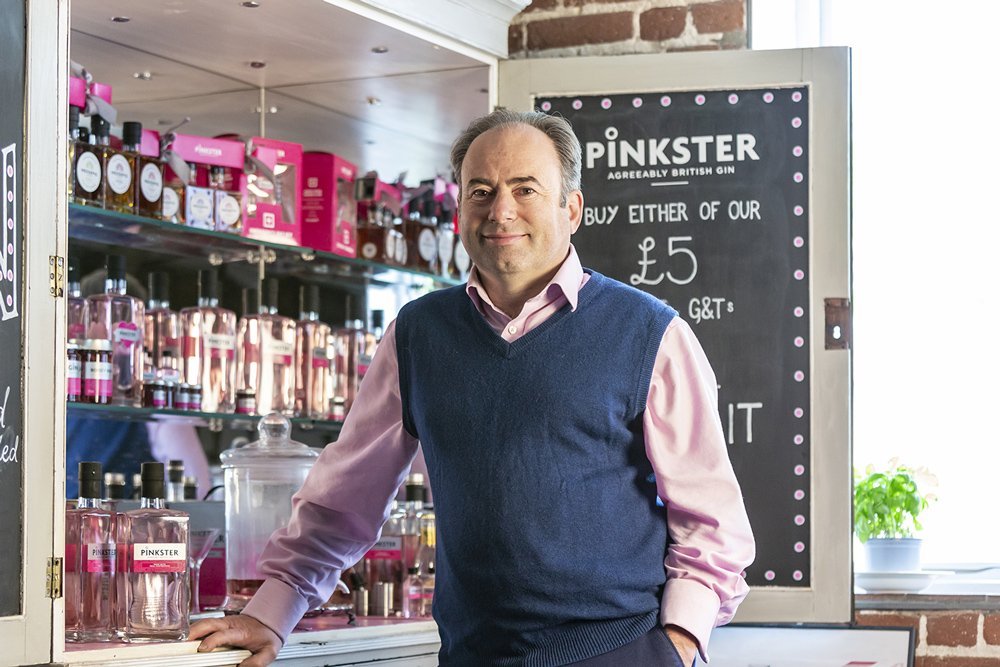 “Pink gin is a burgeoning sub-category,” says Stephen, “Whilst this will level out over time, with some casualties, we firmly believe it’s here to stay. You only have to look at the drinks giants, with colossal research budgets, who are still piling in.”

Having launched in 2013, Pinkster, like Warner’s, is a pink gin pioneer. The clue is in the name – pink gin is pretty much its entire business. So it’s something of a surprise when Stephen confesses: “We didn’t set out to make a pink drink, it’s just that after working my way through a fruit bowl, I discovered that raspberry delivered the best flavour.”

While, for some, pink gin’s popularity may be down to a sweeter taste, Stephen stresses that Pinkster is “deliciously dry with just a hint of fruit and bags of juniper.”

Discerning drinkers should focus on the flavour, not the colour, he says. “What is it that makes the gin pink? In our case, fresh, plump raspberries grown locally to our Cambridge HQ.”

Tom Warner concurs. “At Warner’s, we don’t make ‘pink gin’, we make naturally flavoured gins. All of our gins are only coloured if there is natural British farm-born ingredient added with that colouring.

“Our award-winning Rhubarb Gin accounts for 70% of our current sales volume and it is the number one selling super-premium flavoured gin in the UK right now. It contains 34% pressed English rhubarb juice and its naturally pink colouring.”

Tom believes consumers are shopping with their eyes and the tastiest fruits tend to be red. “We are probably conditioned to like food and drink of that colour, so I don’t see the trend ever slowing, I just think the genie is out of the bottle.” And, of course, pink is also a very instagrammable colour.

“We are blessed to have been one of the first brands to have a product at scale that is naturally pink. We always prioritise flavour and fresh ingredients. As the first rhubarb gin in the world, I guess we can say that Warner’s has played a part in setting the trend.” 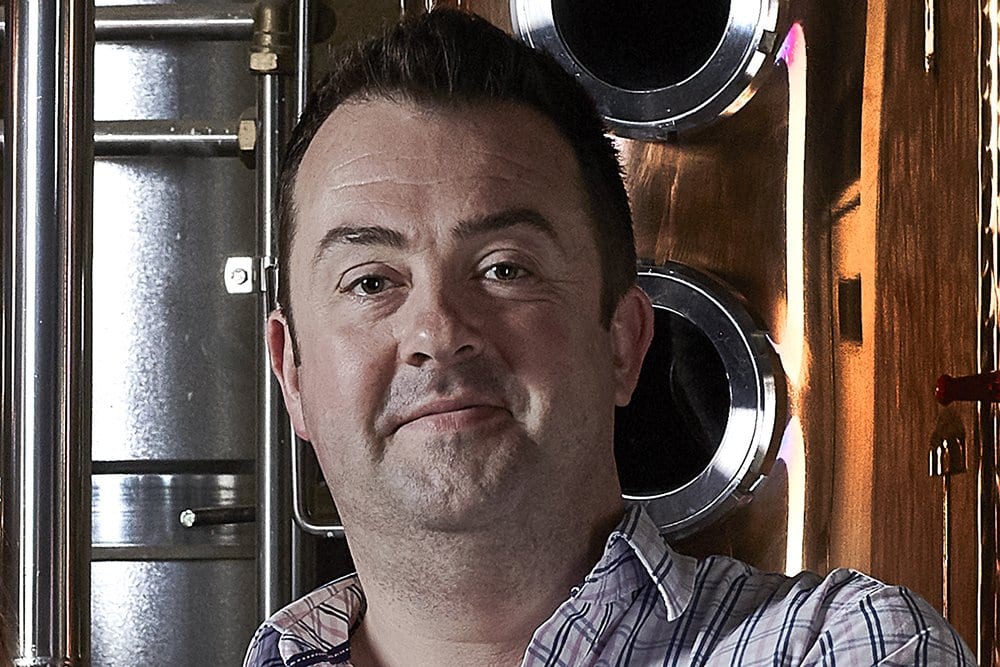 At Pinkster, Stephen is also focused on fresh ingredients. “The industry said we were crazy to use wet fruit but thank heavens we did, as this unswerving commitment to fresh fruit remains our unique selling point. Best of all we recycle the inebriated raspberries as a range of natural by-products including Boozy Berries and Gin Jam.”

Stephen is excited by the way flavoured and coloured gins have attracted new consumers to the category. “They are keen to experiment and learn. Our consumer research shows that people are loving the choice and will often have a repertoire of brands at home, some flavoured, some not.

“Category innovation, including the fast emergence of flavoured gins, has helped trigger renewed interest in this finest of spirits. Drinkers are looking for different ways of spicing up their G&Ts, and pink gins with their colourful serves and eclectic garnishes has caught the zeitgeist.”

Tom agrees that new colours and flavours are bringing new consumers “into the wonderful world of flavoured gin and with this, hopefully, into the world of London Dry.” But he warns against devaluing the category by artificially colouring and flavouring gins simply to appeal to the consumer.

“Flavoured alcopops are selling well and masquerading as crafted and well-made products which is frustrating for the rest of the gin category. Those capitalising on flavour and colour trends but with a poor quality product is a problem for the gin industry.

“We need to give consumers what they want, but not fool them along the way. Meaningful relationships are built on quality, authenticity and trust.”

Both Stephen and Tom are confident that, as long as the ginaissance remains in full flow, the experimentation with flavour and colour will continue.

Tom says: “The gin industry is on fire at the moment and we are proud of the abundance of flavours that the category now offers. It is exciting to see how the ‘pink gin’ category continues to evolve and witness the creativity of other producers. These innovations are good if authentic and natural.”

Stephen agrees, reiterating that the year-round success of the Pinkster brand is underpinned by the flavour. “Who’d have thought that by plumping for real raspberries six years ago, we’ve helped trigger this pink gin revolution.  Accidental pink, in our case.” 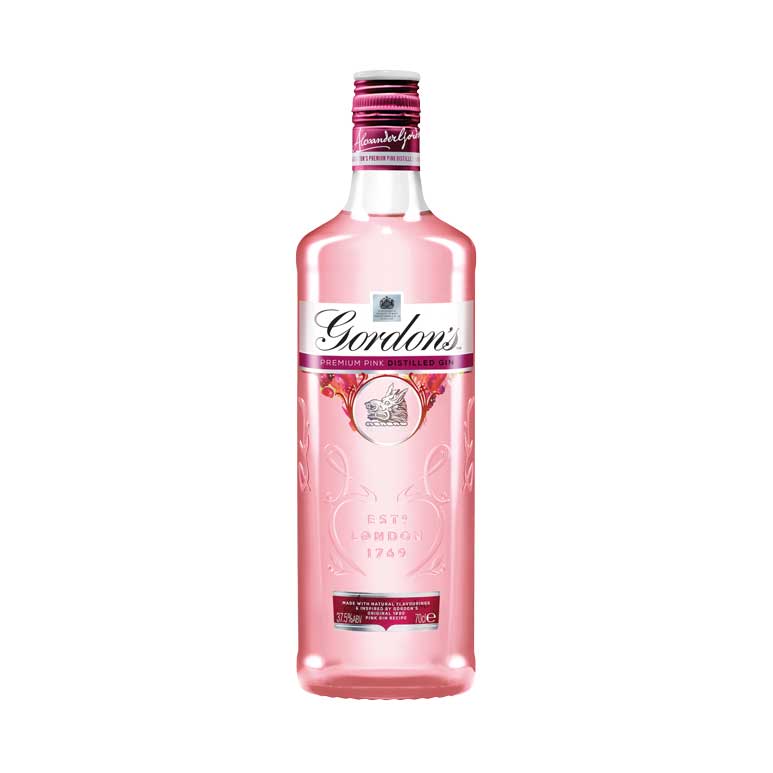 Inspired by an original Gordon’s recipe from the 1880s, Gordon’s Pink is perfectly crafted to balance the refreshing taste of Gordon’s with the natural sweetness of raspberries and strawberries, with the tang of redcurrant served up in a unique blushing tone. Made using only natural fruit flavours to guarantee the highest quality real berry taste. Based on an original recipe from 1880, this gin is a delicate shade of rose pink. Gordon’s Pink has a luxurious creaminess that is the… 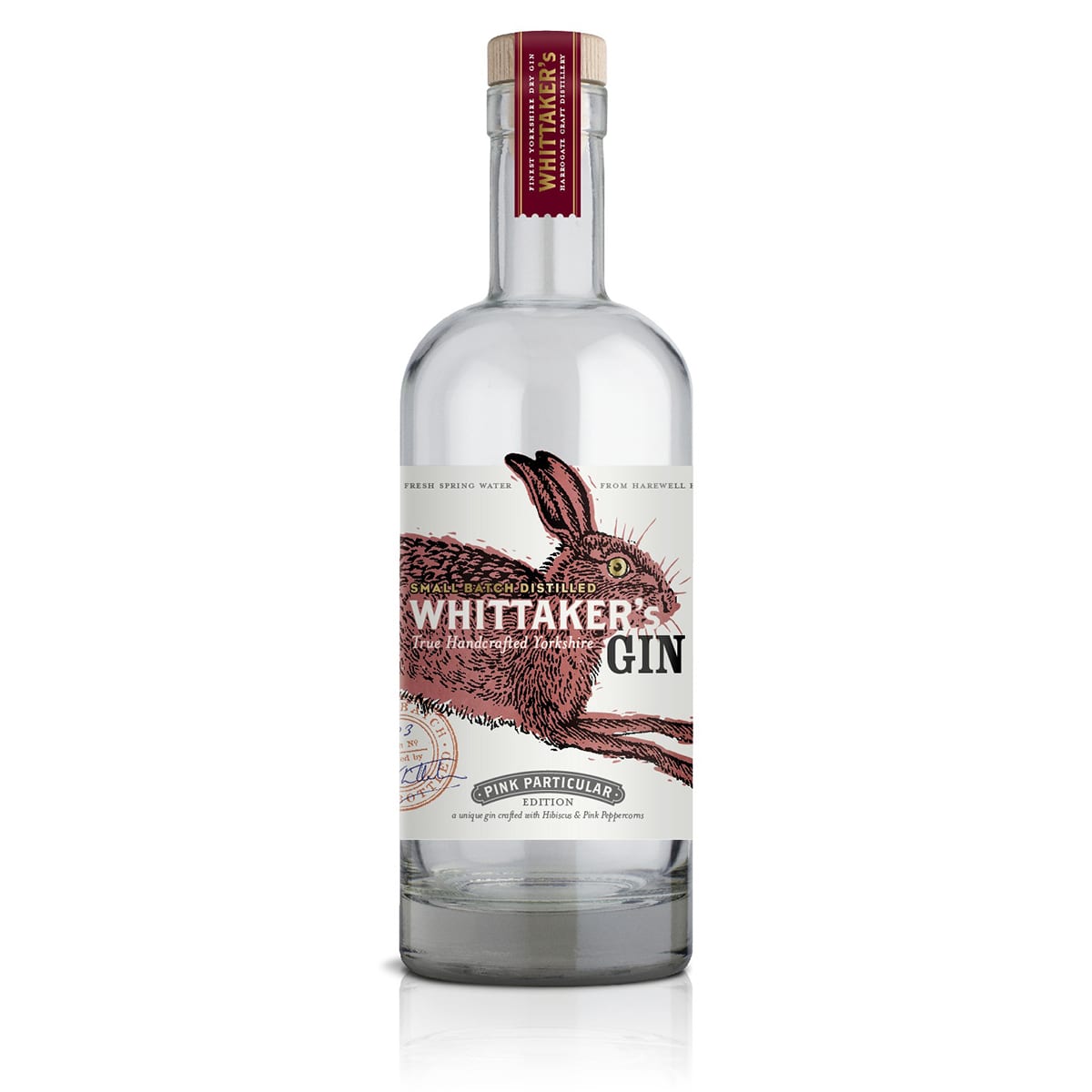 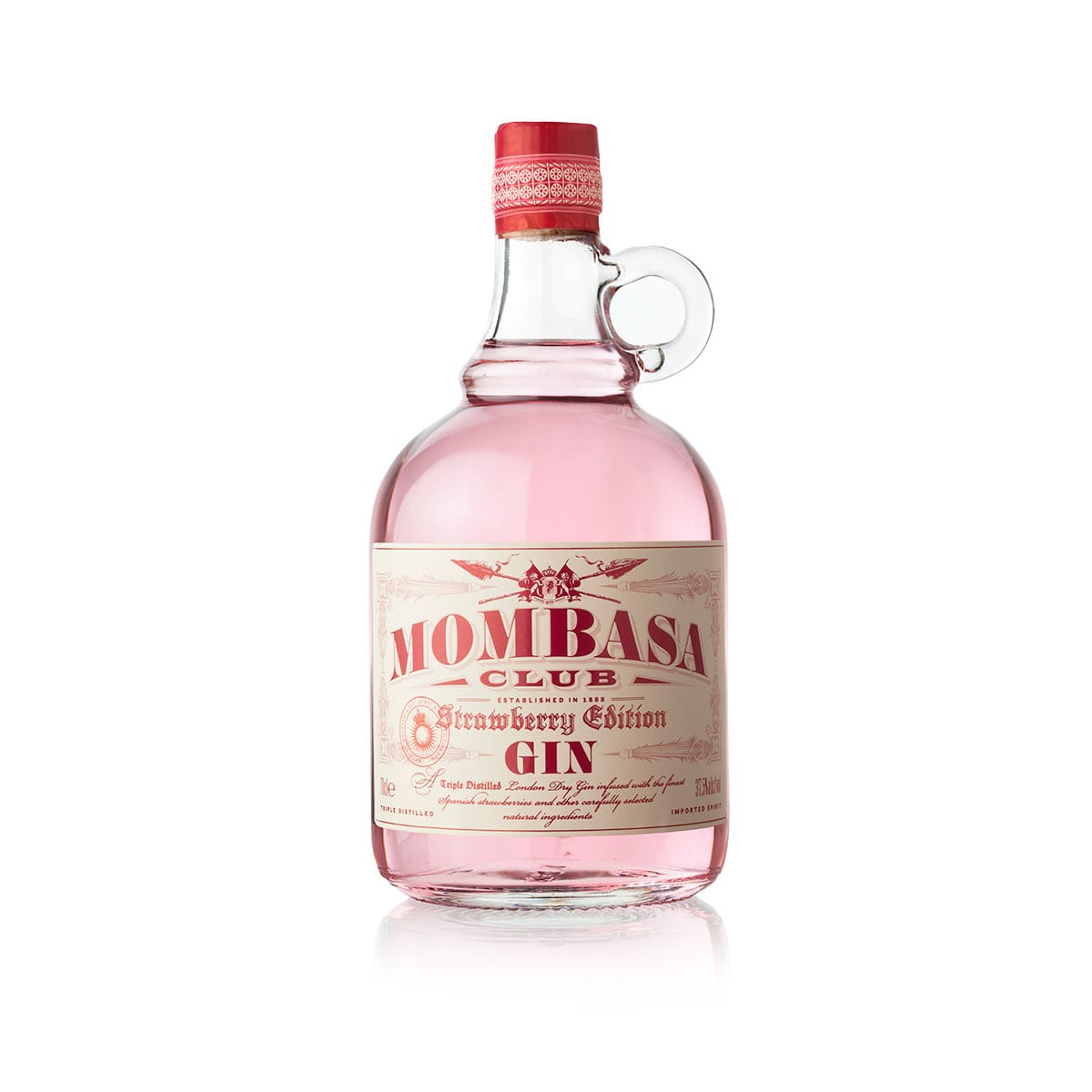 Mombasa gin is triple-distilled for delicate smoothness before being infused with real strawberries and other red fruits. The result is a sweet, juicy gin which is perfect for the summer. The flavours balance between sweetness and acidity with bold fruity notes. It has a delicate pink colour with rich aromas of strawberries on the nose. 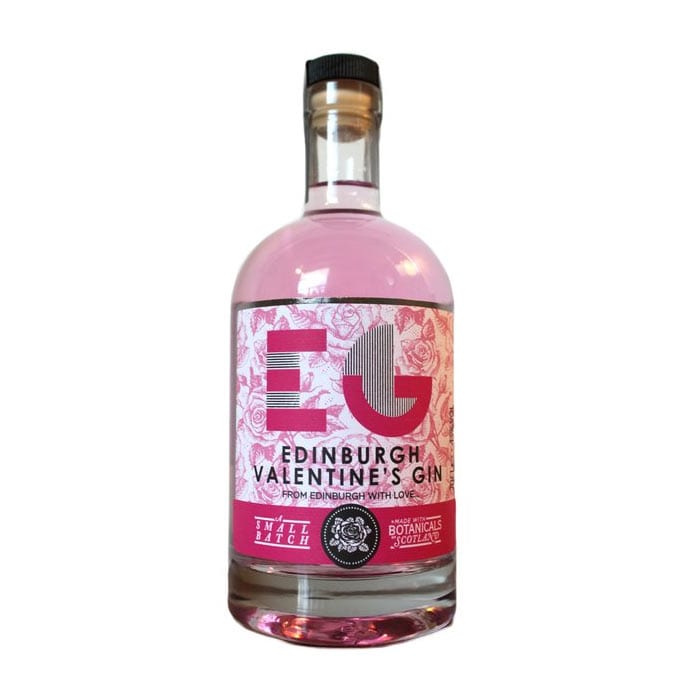 Lovingly handcrafted in the Edinburgh distillery in the shadow of Edinburgh Castle, this brand new limited edition floral spirit contains chamomile, lemon balm, lemongrass and a generous burst of juniper, in addition to their usual signature botanicals. Gently infused with rose and hibiscus for a vibrant and passionate natural pink colour. 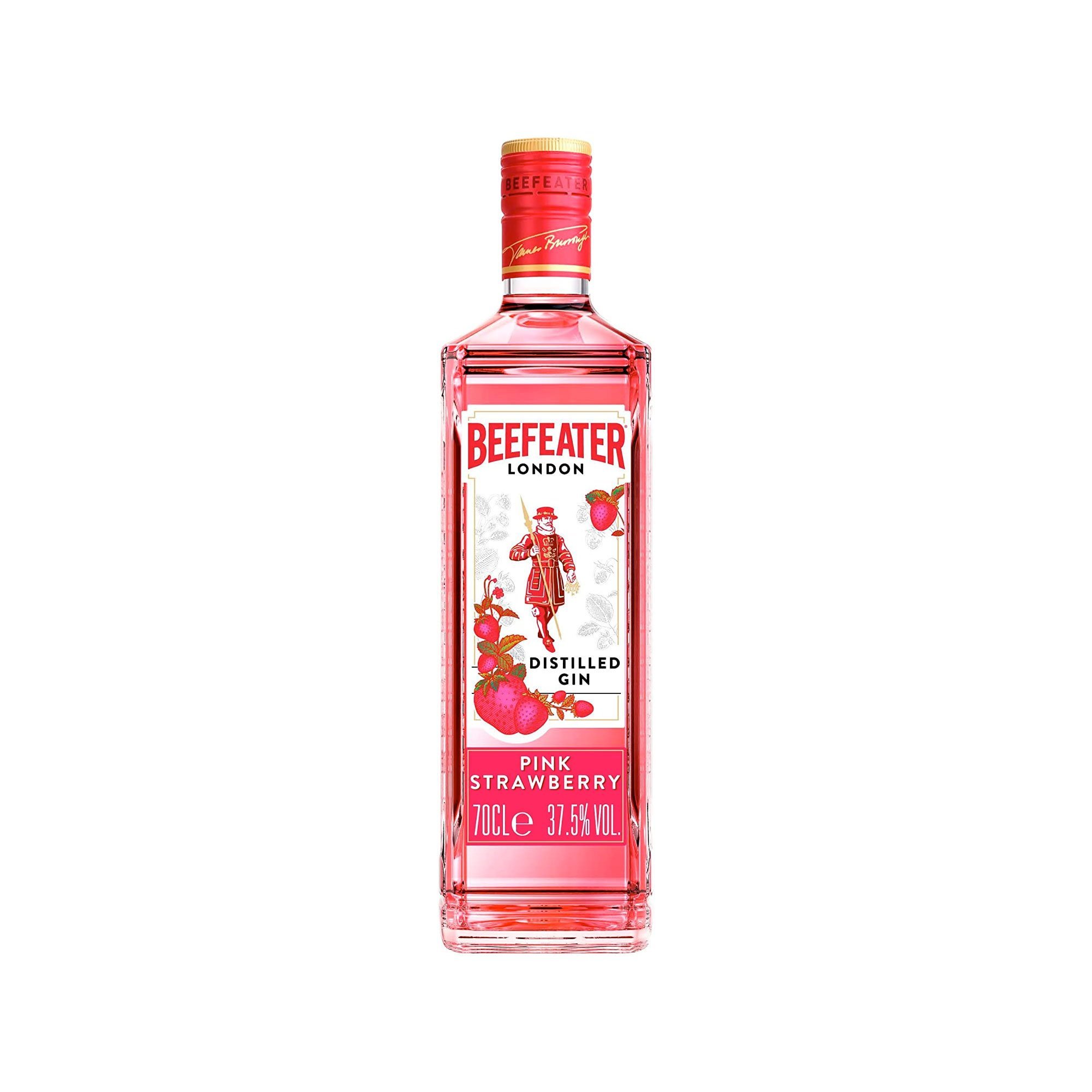 Beefeater Pink strawberry is the vibrant new Pink Gin made using the original Beefeater London Dry Recipe with the addition of Natural Strawberry flavouring to give it a vibrant and delicious strawberry taste. Their Founder James Burrough would often experiment with new flavoured Gins and liqueurs, purchasing his ingredients from London's Covent Garden markets in the 1800s. These recipe archives and London's markets inspired our bright new expression, Beefeater Pink Strawberry. 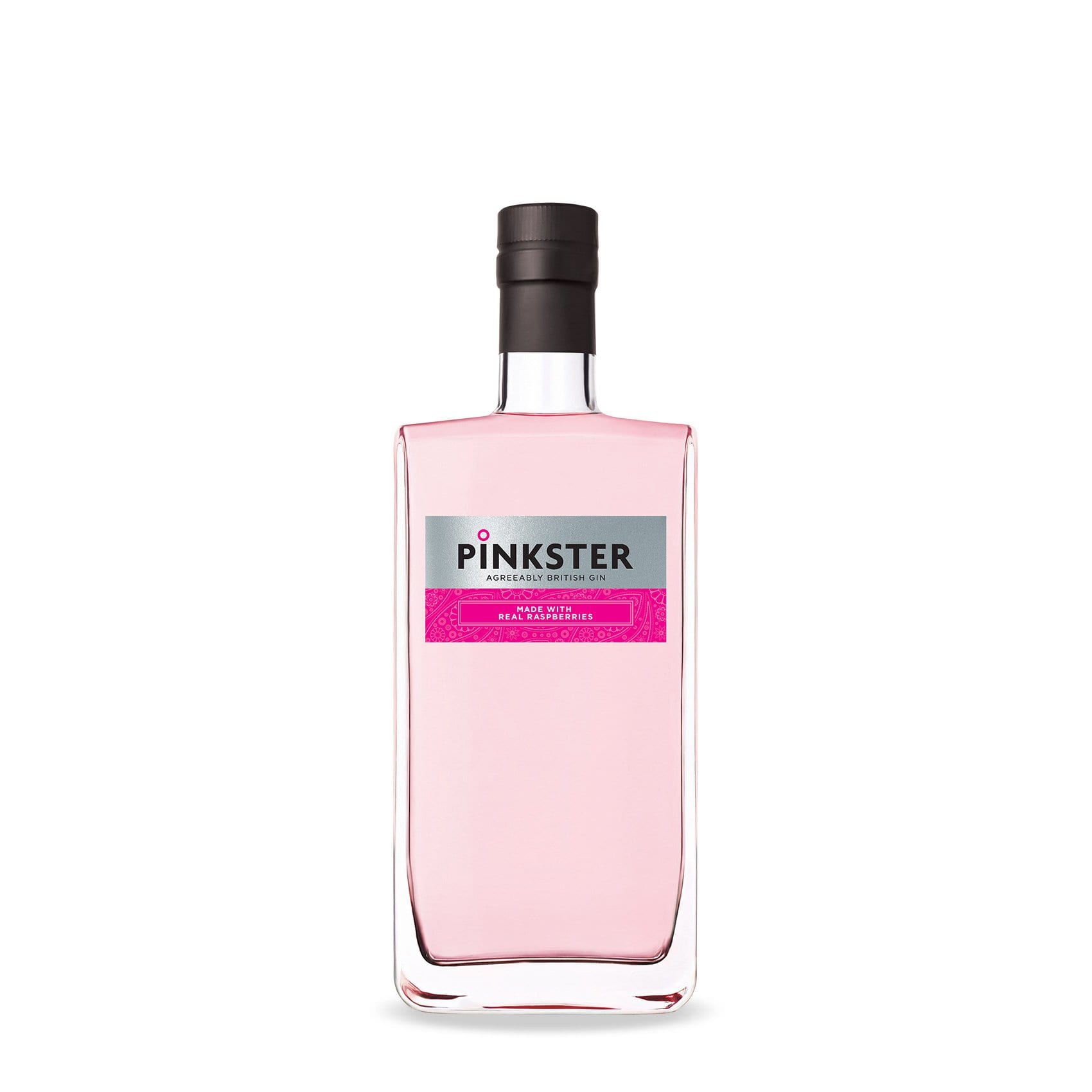 Pinkster is distilled with heaps of juniper before a second maceration with fresh local raspberries which not only mellow the edges of the juniper but turn the gin pink. The balance between the juniper and the raspberries is delicate but this is first and foremost a dry gin with juniper being predominant. No sugar is added and any sweetness comes from the raspberries. There is less than a gram of sugar per 70cl bottle. It is an incredibly complicated gin…