Botanical bounty: good for the industry or confusing for the consumer?

Botanist James Firth’s passion for plants and their environments was the perfect match for Fishers Gin which prides itself on the flavours of the Suffolk coast.

Oxford graduate James forages for botanicals including Spignel, Rock Samphire and Bog Myrtle to capture traditional and often forgotten flavours. Committed to ethical and sustainable sourcing, he cultivates rare botanicals where there is any risk to wild populations.

James spoke to The Gin Guild about the explosion of different botanicals being used in gin.

The market is brimming with ever more unusual botanicals – this is exciting and it stretches our understanding of what a gin can become.”

“But it can be confusing for the distiller, botanist and, inevitably, the consumer. The choice is huge and there is little framework to help us understand the differences in a gin that might arise, for example, using cloudberry or rowan bark.

“Who can know what distilled rowan bark tastes like, let alone how it integrates with other aromatics, unless they have distilled it out themselves?”

James expects the experimental, novel and novelty use of botanicals to continue. He says: “I see a shift away from simple regional identification, moving towards more global narratives in the marketing.

“This impacts on the botanical choices and why they are made. Ethical and sustainable sourcing, carbon neutral production and distribution – these are strong considerations for the younger generation. 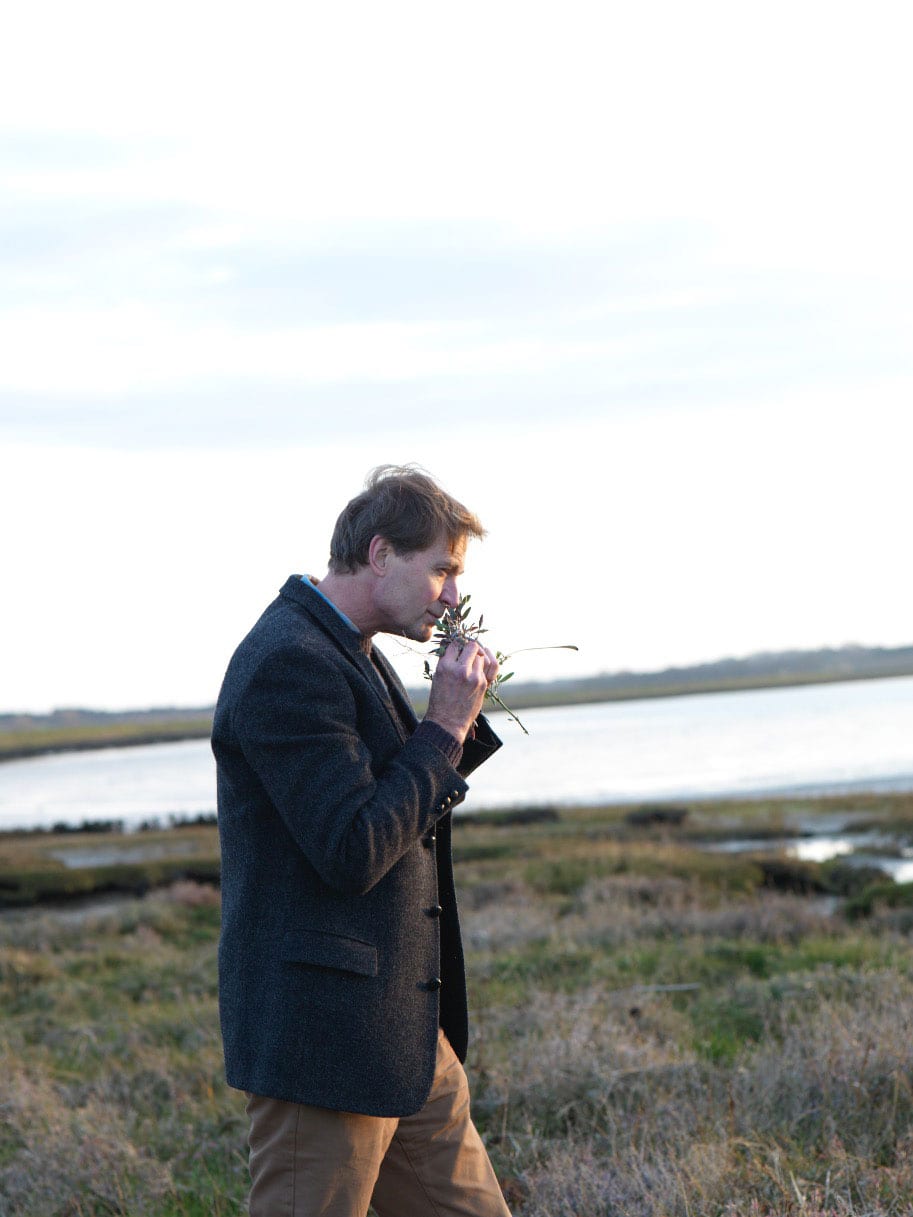 “This generation still crave the thrill of travel, without the guilt! This is fed on social media by brand ambassadors cavorting around the world showcasing exotic, wild or romantic locations, fabulous histories or even more left-field cultural references in an effort to seduce the audience.

“Botanicals in this context function as a narrative hook, their flavour is not the primary concern.

So we see botanicals that have been sent to outer space, a Phileas Fogg-style ‘Around the world in 80 gins’, brightly-coloured and colour change gins and others marketed as evoking the sensations of a funfair or of the Egyptian embalming process.”

“Add to this the performances in cocktail bars: Outrée garnishes assembled in fanciful combinations, obscured in mists and dry ice, lifted by spritzes and ambient aromatics, everything crafted to deliver the standout experience. The honest G&T with a slice of lime doesn’t stand a chance!”

With the gin boom boosted by both provenance and the theatrical, James expects foraging to become ever more adventurous.  He warns: “The risks are complex and deserve forethought. There are some sensible red lines – to my mind foraged fungi are a completely unnecessary risk in distilling, whilst any herbal simples without demonstrable historical safe use in distilling should be rigorously tested as a duty of care to your customers.”

James stresses that, in addition to considering the wild plant, it is equally important to consider the impact of distillation. “The act of distilling causes many chemical reactions. On top of this, alcohol is toxic to begin with so, if botanicals are chosen with known activity in humans, is the additional burden imposed acceptable to the producer?

“These are challenging questions, which need to be addressed. There are many known poisonous botanicals and, equally, many which may be safe but have toxic parts – for these, preparation becomes more significant. Personally, I believe it is prudent to select botanicals that have no demonstrable evidence of toxicity and avoid those which do.” 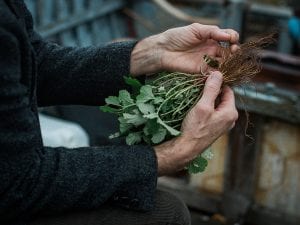 In the longer term, James says, climate change may have an impact on botanical choices. Short cycle, high-value crops such as coriander and angelica are likely to be planted wherever conditions are suitable, even if the growing areas migrate towards the poles or to higher altitudes.

But long-cycle crops such as mace and nutmeg may become scarcer. These are usually smallholder farmed and produced from trees which take at least six years to begin fruiting and a further 20 before full cropping, which have quite specific environmental needs. James highlighted skill shortages, cultivation and post-harvest problems which limit profitability.

While the love of novelty ensures that coloured and flavoured gins, experimental use of botanicals  and extravagant cocktail bars look to have a bright future, James doubts that drinking neat gin will ever become mainstream. “I am a big fan of sipping gins but people look at me as if it were an admission of alcoholism rather than the rational appreciation of a fine aperitif.” 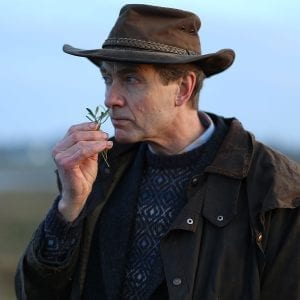 However, James stresses, the right taste is still paramount. “I doubt that one in 100 of the general public can identify to within 50% how many botanicals have gone into a gin. I don’t think many even care – they just want the gin to taste right to them.

“Personally I love Monkey 47 as a gin, but I suspect if it had been brought out as Monkey 37, with the same attention to detail and the same promotional input, there would have been the same reaction from the public even though the product would have been modestly different. But their story is a good one, as is their gin.”

James has no hesitation in naming his favourite botanical. “Easy, it’s juniper! That tough, extremely long-lived plant that resists efforts at commercial cultivation, that is fiercely regional in its botanical expression, that grows slowly in rugged locations and fights to protect its berries from picking and browsing.”

As for choosing the right garnish to add to his gin, James says “Bring in the mixologists. I suspect that behind it all lies the usual mix of inspiration, perspiration and a bit of science. I just enjoy the ride.” 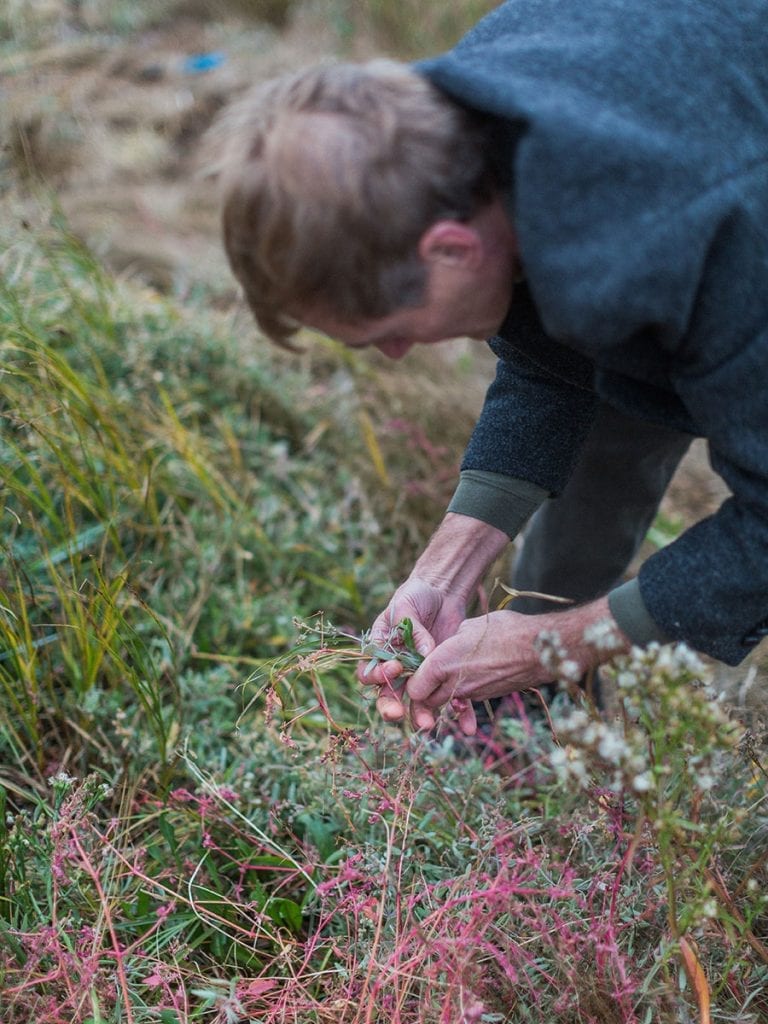 Fishers combines rare old English herbs and botanicals found along the Suffolk coast. Their botanist, James Firth, having studied Botany at Oxford University has dedicated his life to England’s plants and their environments. As botanist, he scoured historical manuscripts researching the recipes of medieval herbalists in order to revive ingredients and tastes for Fishers, many of which had long since passed from memory. Fishers Gin reflects a passion for nature and research, capturing some of the wild and forgotten flavours of the English coastline. Fishers is a natural expression of the English coast.