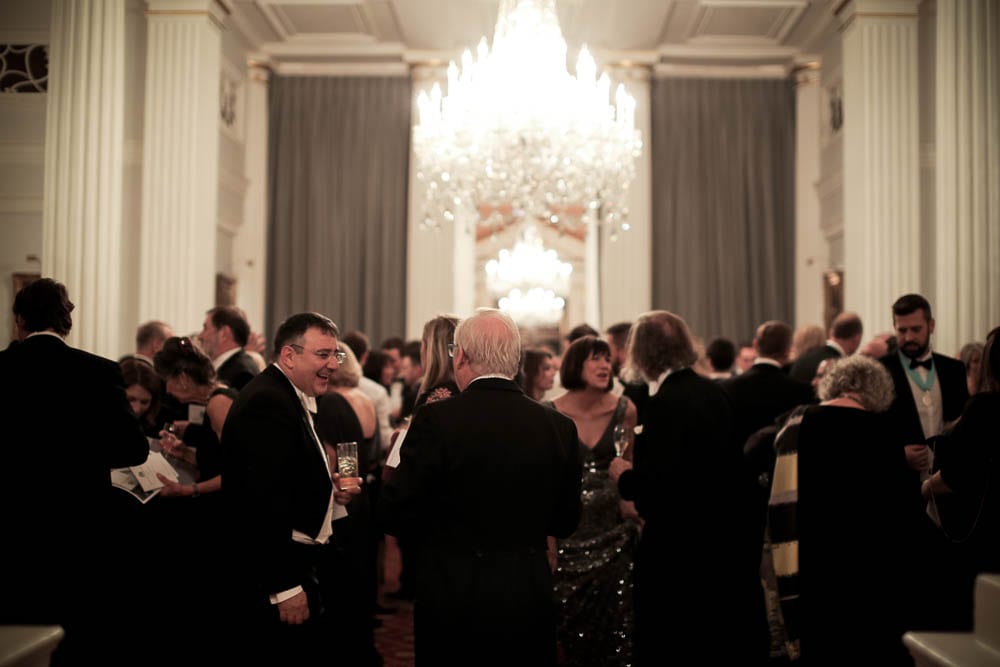 Gin industry body The Gin Guild installed 21 new members at an exclusive ceremony held at Mansion House in London, bringing the total number of members to 195.

At the ceremony, held on the 7th October, the new members were ‘installed’ by The Gin Guild’s Grand Rectifier Martin Riley by swearing The Gin Guild’s oath to protect the spirit’s quality and production around the world, while holding juniper berries.

Over the past five years The Gin Guild has come a long way and has welcomed members from the UK and beyond, which is recognition to the fact that the gin trade is going from strength to strength worldwide.

“The Gin Guild exists to promote excellence and to protect the integrity and quality of the category and I take immense pride in the work being undertaken by our members in the dynamic development of gin.

“We offer a very warm welcome to those who joined us recently and look forward to welcoming new members in the future.”

Recently The Gin Guild and the Worshipful Company of Distillers expressed a wish for a dashing blade, which could be used in the Loving Cup ceremony, which is part of the induction of new members at the Mansion House dinner.

The Gin Guild’s first US Warden, Stephen Gould of Golden Moon Distillery in Colorado, sourced and donated a British Naval Dirk, circa 1750, which was presented to The Grand Rectifier Martin Riley and Master of the Worshipful Company of Distillers, Douglas Morton at the installation ceremony.

The Gin Guild Membership is open to a range of gin industry players with various classes from Founder Wardens who are appointed by the four founder companies,Bacardi, Diageo, William Grant and Sons and Chivas Brothers; Warden Rectifiers, who include distillers, producers and brand owners, and Rectifiers, who have roles in the production, distribution and marketing of gin, including leading bartenders, journalists, marketing experts and educators.

The 21 new members in the October intake are:

Rectifiers sponsored and nominated by Founders and/or Wardens

Rectifiers (Appointed in their own right and provenance)